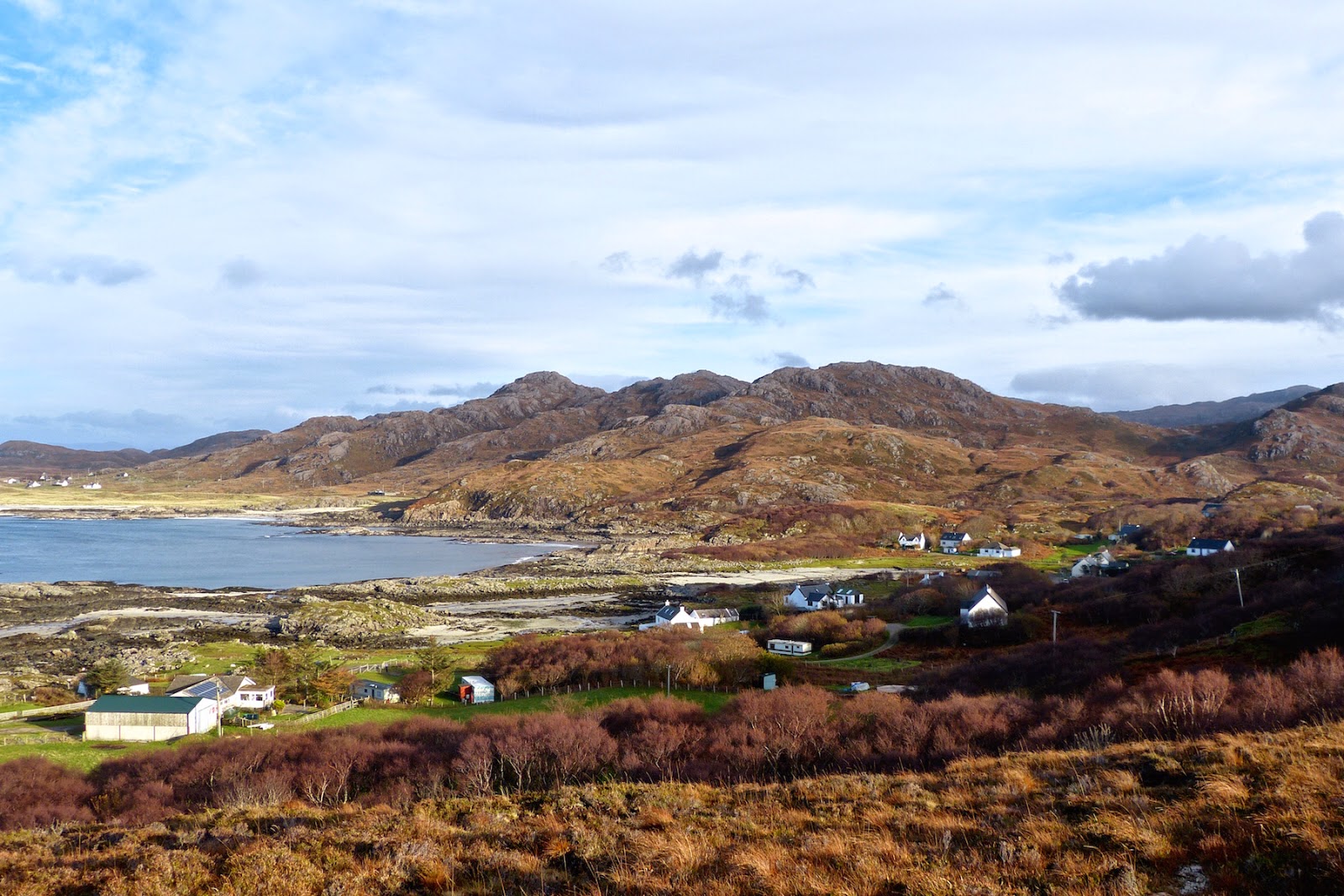 Portuairk, on the northwest tip of the Ardnamurchan peninsula, is a beautiful township with stunning views north across the Minches towards Sanna and the Small Isles, but I could never live there all the year round - this picture was taken at a quarter to two on Saturday, and it shows many houses already in shadow, and we're still six weeks from the winter solstice. 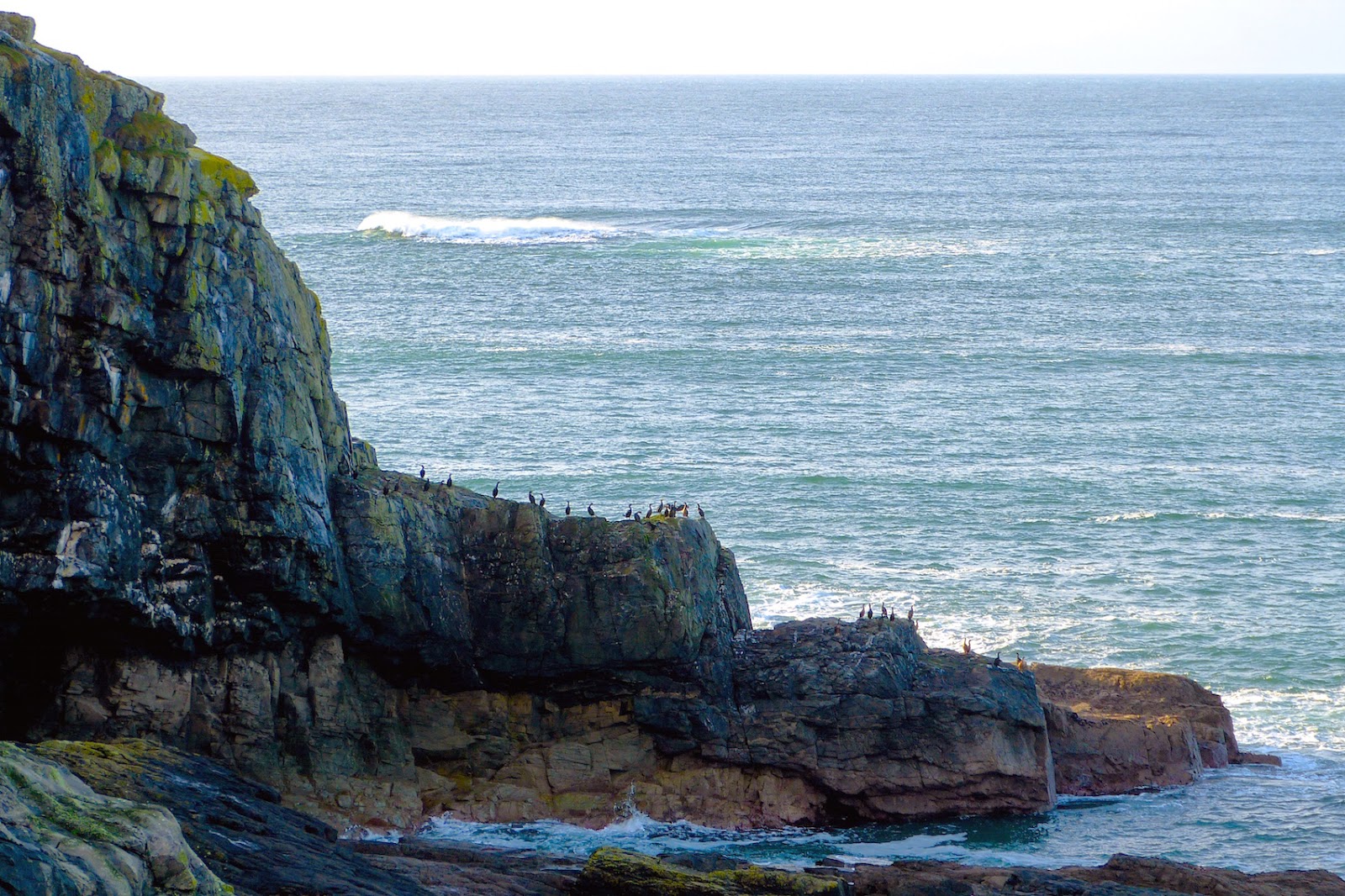 But something likes living near Portuairk.  A few weeks ago, the Diary was worrying about the disappearing populations of shags and cormorants - see post here.  Well, judging by what we saw on Saturday, they've all moved to a rocky point just to the west of Portuairk. 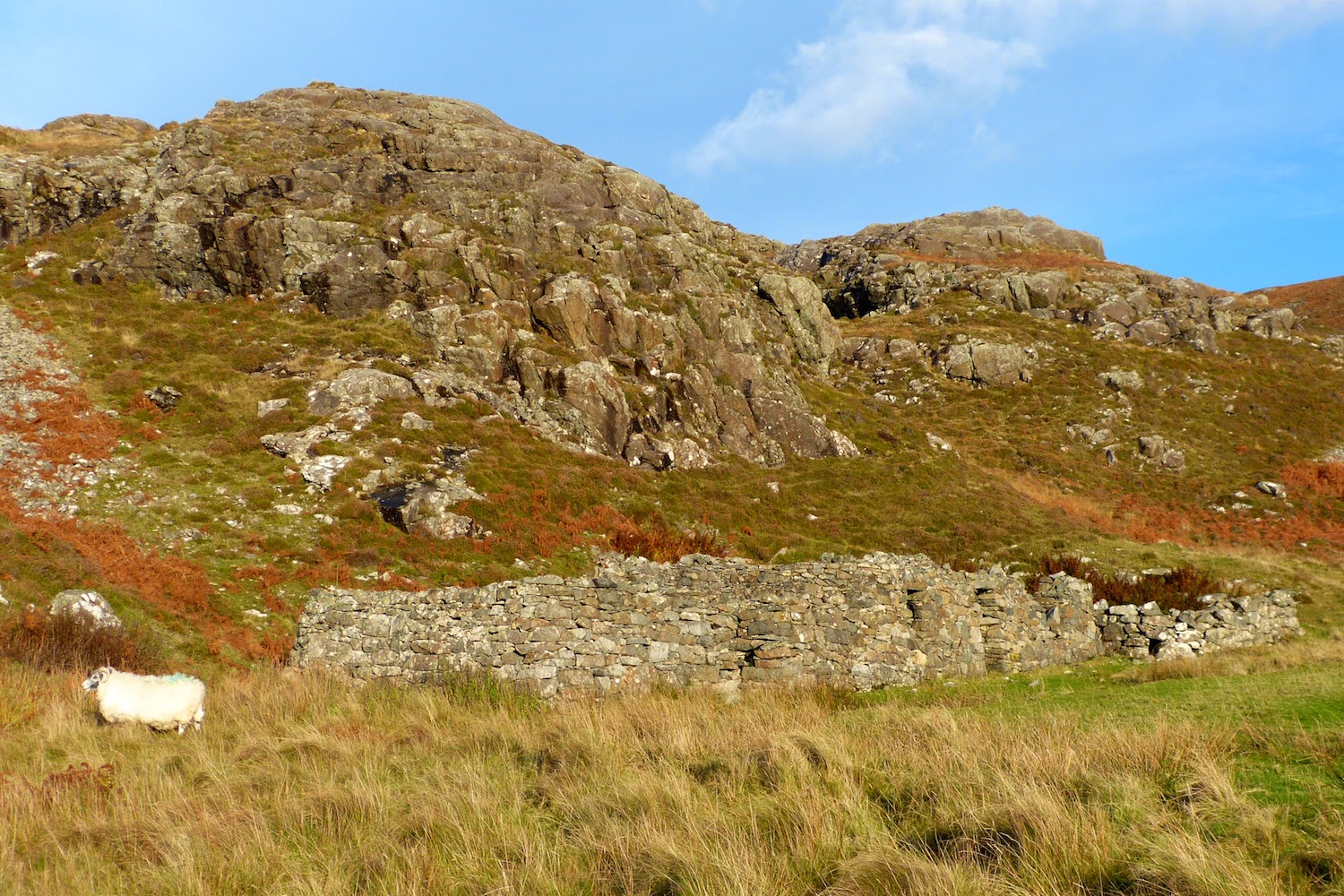 Many readers who have walked the track from Portuairk to Bay MacNeil will have passed this neat farmstead, a house with adjacent byres in an idyllic setting - except, perhaps, when a full westerly gale was blowing through the glen in which is nestles.  Just over a week ago we were at Bay MacNeil for a walk, but Saturday's visit, in company of landscape architect Dave Brown, was, in part.... 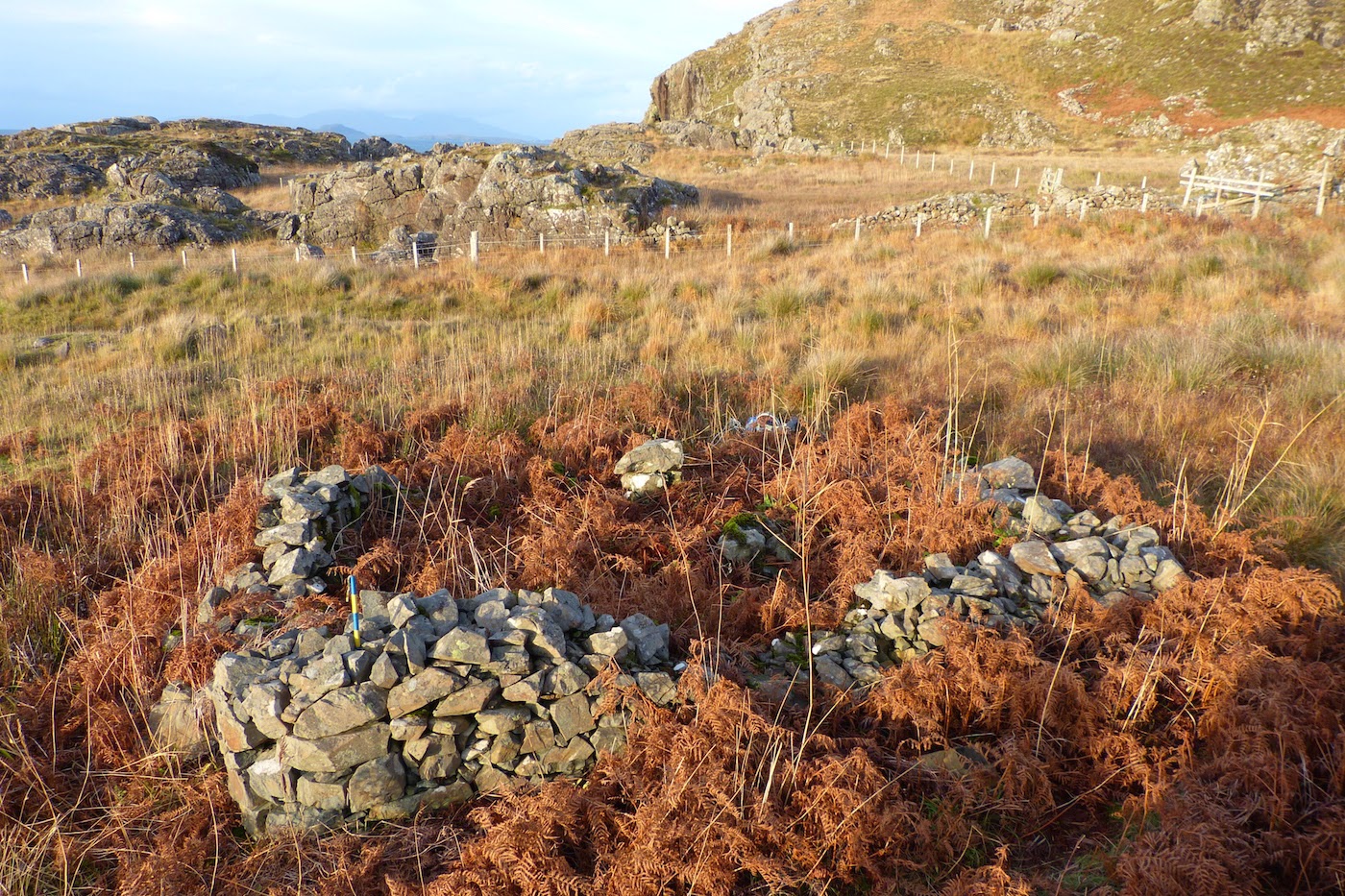 ....to survey the stone structure we found then - see blog entry here.  A fair bit of grubbing around and bracken-bashing unearthed an internal wall and some fine stonework, but little clue as to when the structure was built or its purpose.

Ardnamurchan Community Archaeology is now trained in uploading data from our surveying efforts direct to the RCAHMS Canmore site.  This structure is already on the site but without details - see link here.  We've now added our measurements, observations and two photos, but apparently they won't appear on the site until next May.
Posted by Jon at 15:57