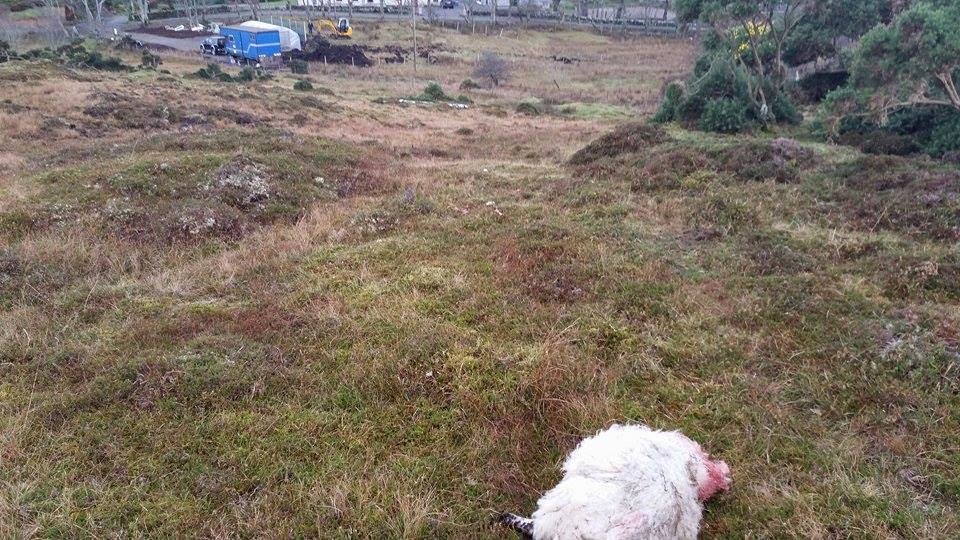 Ormsaigbeg isn't the only crofting township that's having problems with a fox at the moment.  This picture shows a field in Kilchoan township and a 'hog', a one-year old ewe, lying dead at the top of a slope.  She'd been found jammed into a thicket where she'd fled, and then been killed. 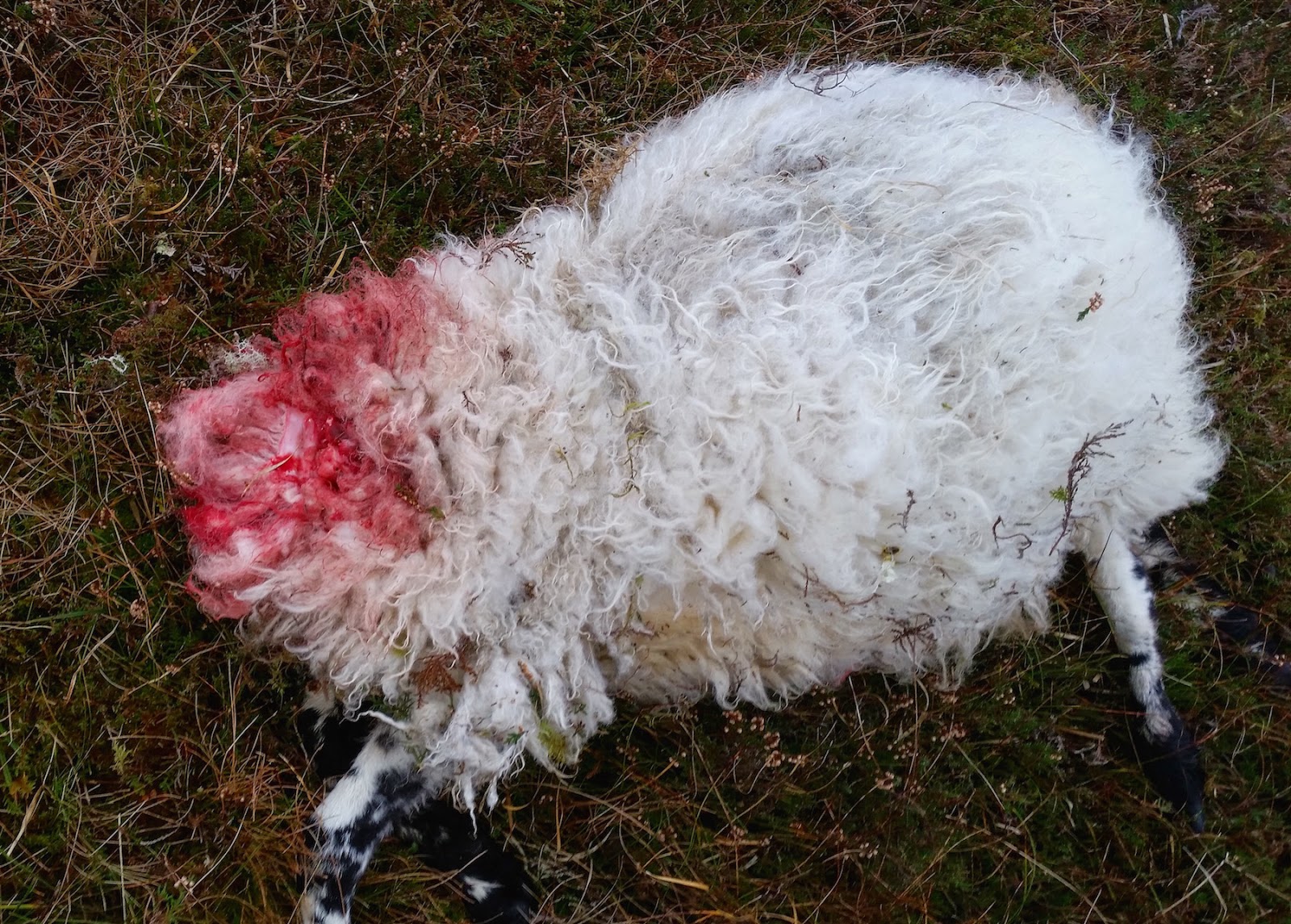 The hog has lost her head, almost certainly taken by a fox, but perhaps not the small fox which has been raiding poultry runs in Ormsaigbeg.  Talking to some of the crofters, this removal of a grown sheep's head by a fox is unusual but not unknown.

Crofters can't just stand around and accept this sort of attack - sheep are an important income.  Sitting up all night with a gun over a dead animal is an option but not a good one.  The next is to get the hounds in.  Scottish law allows foxes to be flushed out by hounds but they have to be shot rather than left for the hounds to kill.