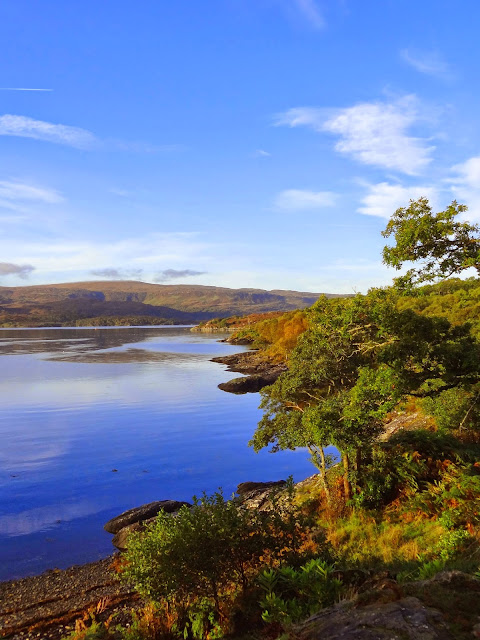 Following a drizzly Tuesday, which was used for topping up supplies at Acharacle and relaxing at base, Wednesday brought another morning dawning calm, bright and clear. Time for a beach.

Around to the car park at Arivegaig, glance at each other over the “unexploded munitions” sign, and then set off on the path round Kentra Bay to the Singing Sands at Camas an Lighe. 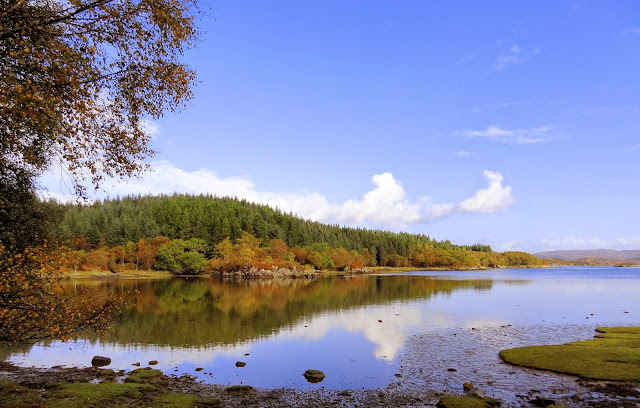 The calls of various wading birds and ducks filled the air as we passed still waters reflecting a blue sky and trees in autumn colour, before plunging into the rather samey pine forest section of the walk. 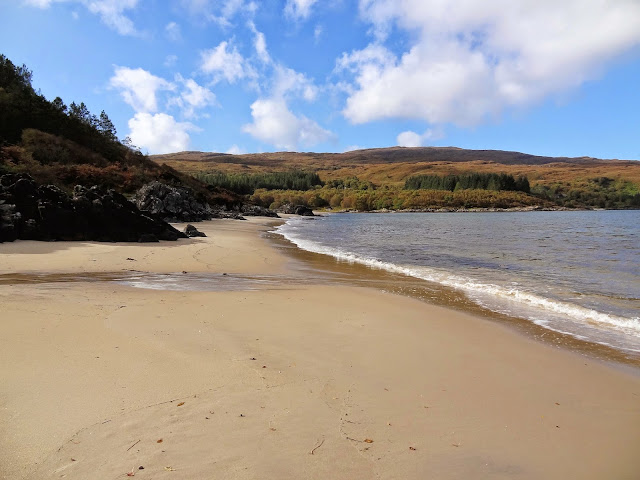 The Singing Sands were deserted with no fresh footprints to be seen, just a slight shame that the tide was approaching its highest which meant things were a little more pinched than we knew they can be.

Having been here three years ago and failed to make the sand sing, a somewhat more determined and scientifically-driven bout of foot shuffling was undertaken. It failed. Break out the sausage and Daddies sandwiches.

Something odd was spotted sloshing around at the water’s edge – we seemed to have stumbled upon some incredible, new-to-science marine creature with enormous suckers and reddish skin. Sadly, any prospects of fame and fortune appeared shattered when closer inspection and prodding with a walking pole revealed that the suckers were in fact vertebrae, and that they were stuck to a reddish skin which was actually furry. Now, we’re no experts, but we considered our suspicions confirmed when it became clear that this marine creature also appeared to have one leg and a cloven hoof. This was apparently just part of the remains of a small deer which had maybe come a cropper some time ago somewhere along the coastline. 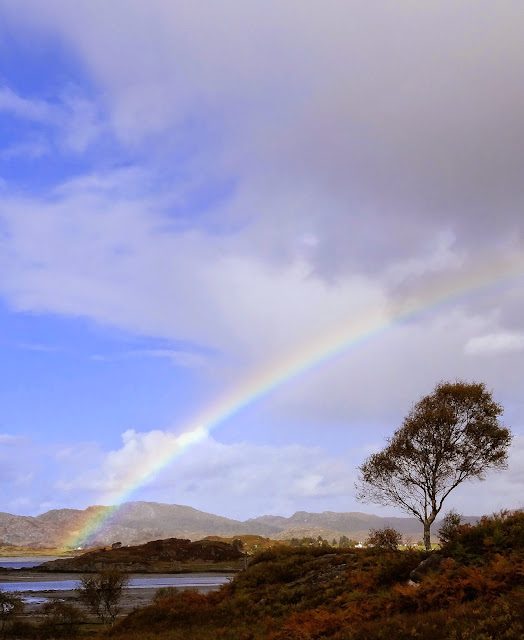 The return to the car was punctuated by sharp showers and wonderful rainbows.

Thursday held the promise of another clear day, although it was certainly blowy. Maybe heading for the north coast would afford some shelter – Sanna became the chosen destination with a gentle stroll to Portuairk and back being the mission. A brief detour to sunny Kilchoan to get Lottery tickets (the continual, increasingly desperate quest to secure the wherewithal to spend more time in the Highlands) and then it was off to Sanna. Arriving at Sanna’s car park it immediately became clear that the wind was blowing just as hard here as elsewhere and, furthermore, things were turning cool and cloudy. 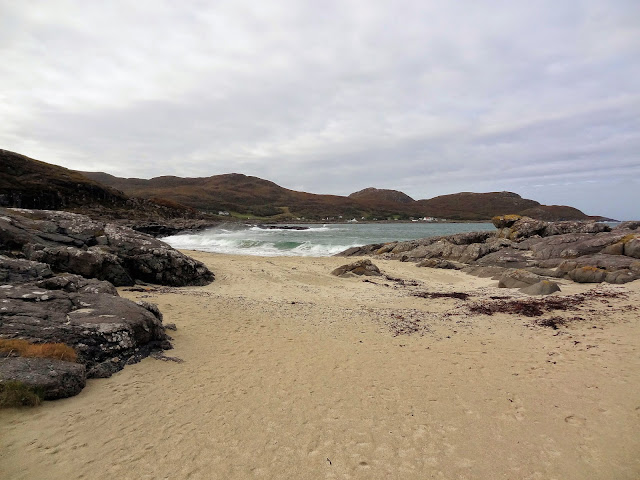 The stroll along the beach was, I imagine, akin to being at the wrong end of a sandblaster, but the way the breaking waves were being blown back against themselves was certainly dramatic.

Once off the beach the walk over to Portuairk did provide some shelter, and the pause at a bench in Portuairk was rather pleasant as things brightened up. Yet again, the sausage and Daddies sandwiches worked their magic. 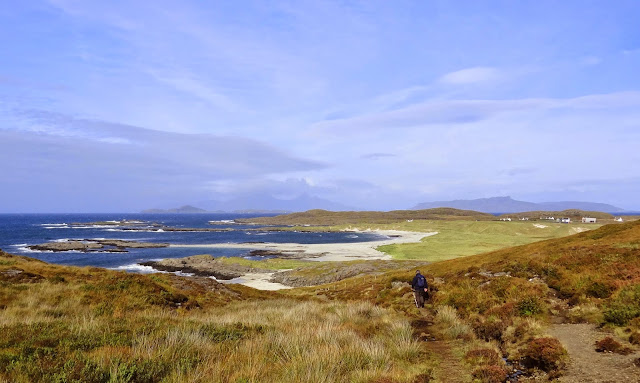 Thanks to the angle of the sun the walk back to the car suddenly presented us with the reason for the Cat’s Face references to part of Rubha Carrach. There it was clear as day – two bright eyes staring out from an area of cliff in the shape of… a cat’s face, simple really.

Back at base the red deer and pine martens provided the usual early evening entertainment, as did the rather more-ish Talisker Port Ruighe. 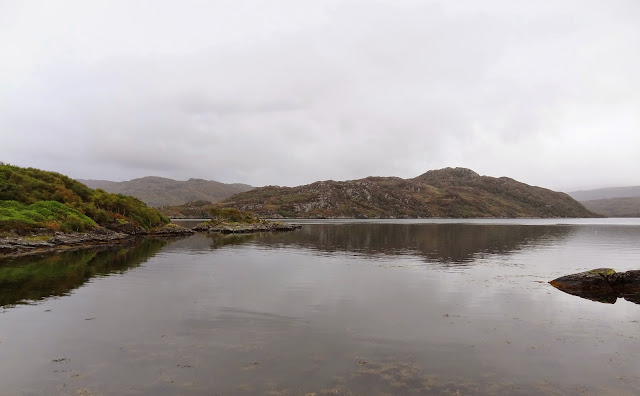 The last full day was another drizzly affair. Nothing too energetic today, just a short wander about locally and down to the water’s edge as the next day would bring a pre-dawn start to the reluctant journey back to the East Sussex coast.

And that was it, the two weeks were sadly over and Skye and Ardnamurchan had yet again weaved their respective magic.

Back for 2015? – yes, God willing. The Skye and Ardnamurchan combo will be repeated, with a return to the same cottage at Glenborrodale quickly being the first element decided. Ten months and counting…


Many thanks to Marc Gerard for pictures and story.
Posted by Jon at 11:36

Email ThisBlogThis!Share to TwitterShare to FacebookShare to Pinterest
Labels: holiday