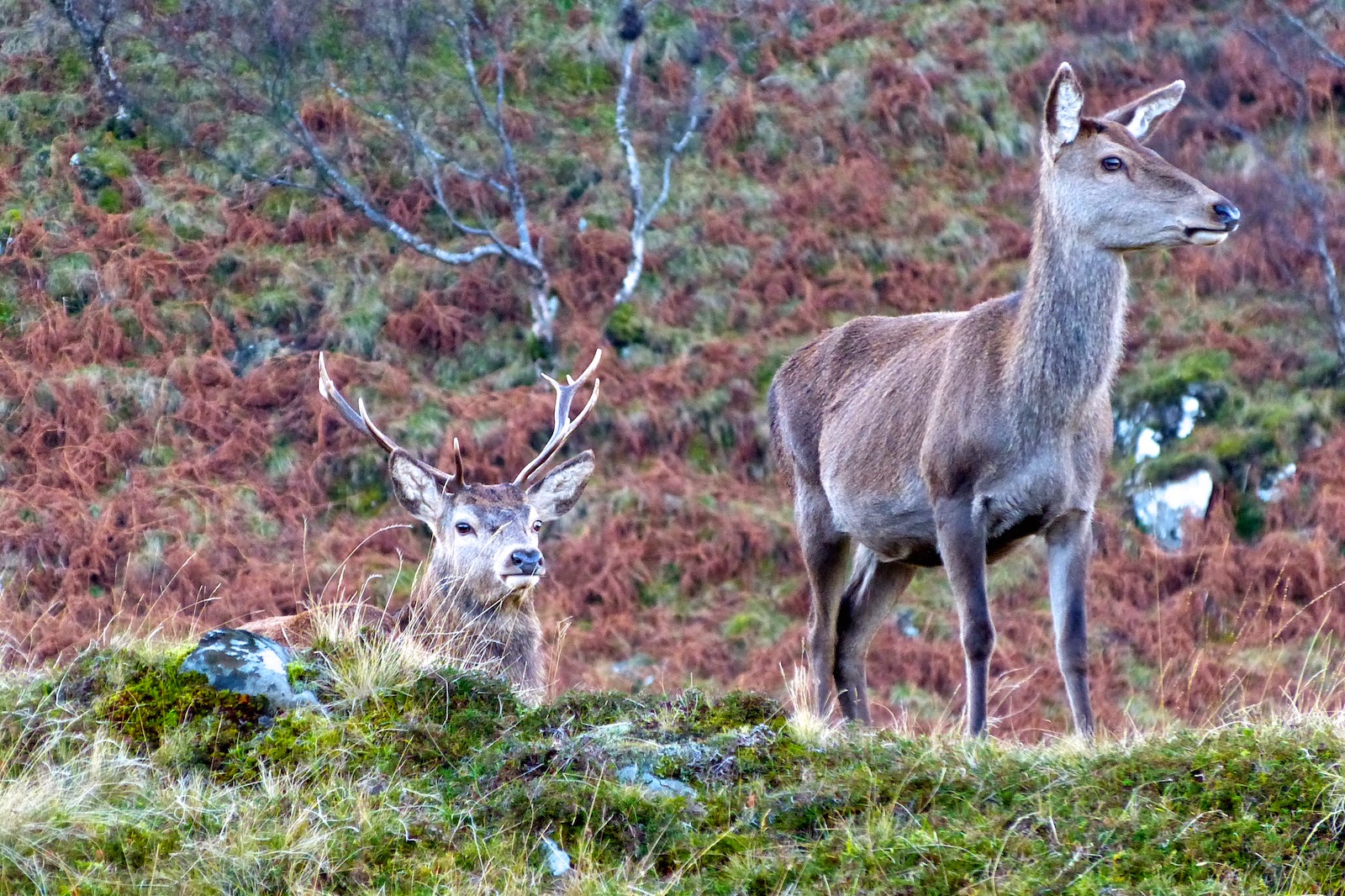 We had a small reception committee waiting as we approached the car park at Fascadale this morning, five red deer of which these two sat for some time, not ten yards from our car, more curious than bothered by our presence. 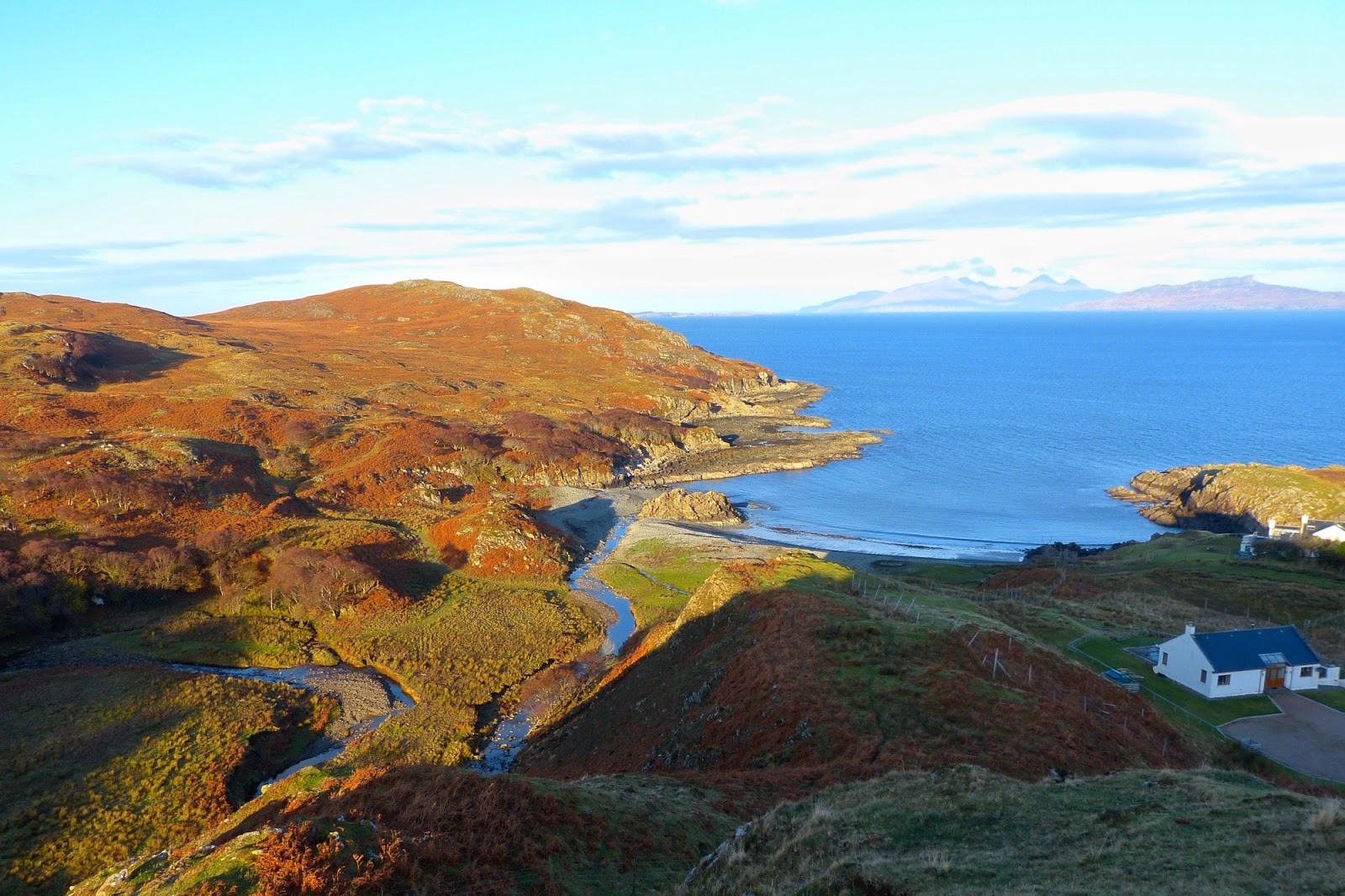 Fascadale is on Ardnamurchan's north coast, centred on a bay into which the Allt Fascadale meanders.  Its name is derived from the Norse, aska, ship, and dalr, dale, evidence that the Vikings not only landed here but also developed the fields around the bay.  At this time of the year, with the sun so low, much of the area is in shadow, but the hills glow where the sun touches them. 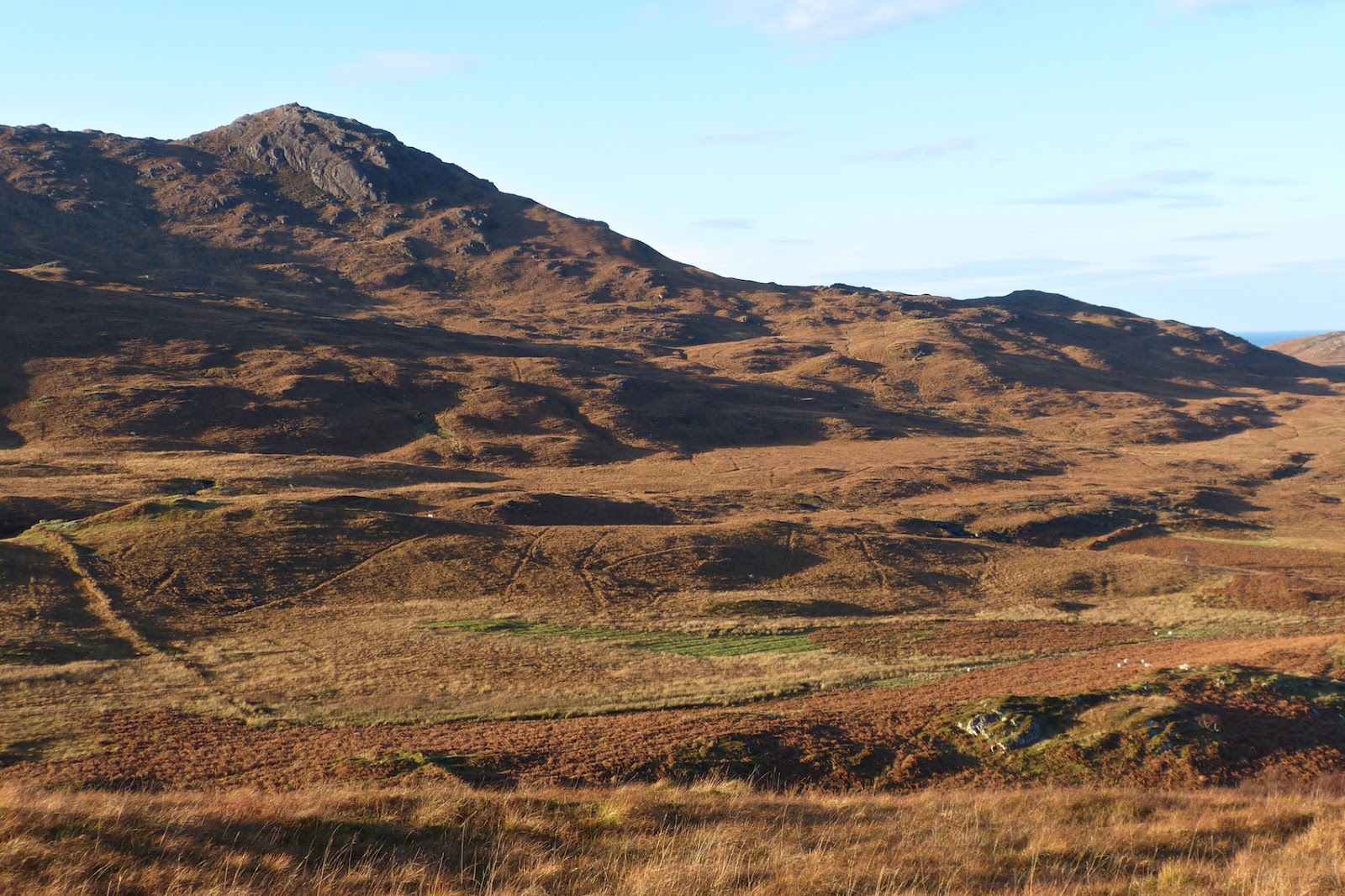 We walked along the ridge that rises along the east of the burn, looking across it to the fields which were once also worked by the people of the clachan that existed for hundreds of years after Viking times.  The fields were surrounded by drystone walls which are still substantial enough to be picked out by the low sun, as were the parallel lines of the rig and furrow system the people used.  Also visible are the straight ditches cut on the instructions of Sir Alexander Murray of Stanhope, who owned Ardnamurchan Estate in the early 18th century. 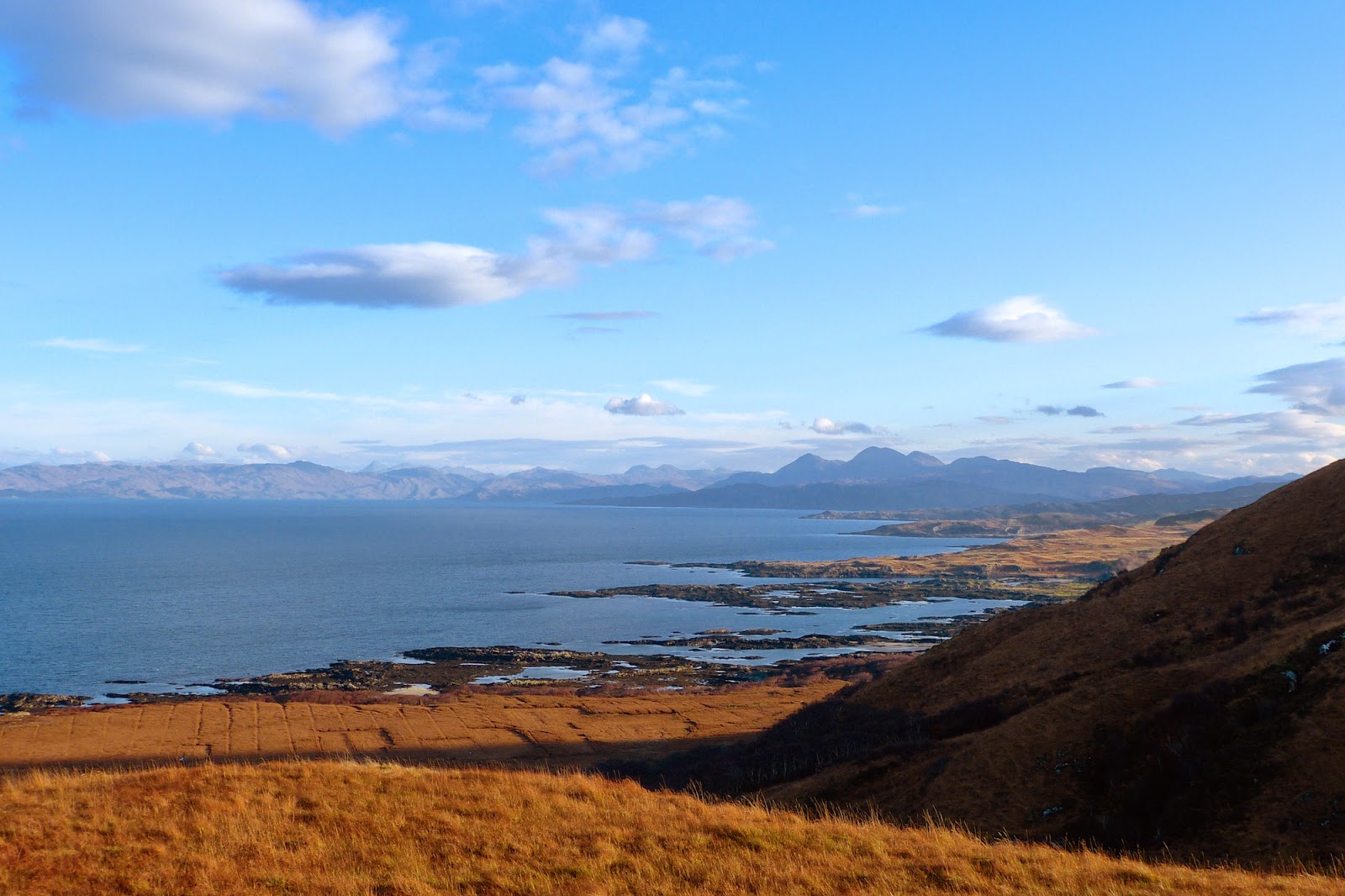 To the northeast we looked round the coast towards the hills of Moidart and the flatter lands of Skye. The rectangular ditches on the flat land in the middle ground are probably another legacy of Sir Alexander, a man who seemed obsessed by the idea of draining any land where a ditch could be dug. 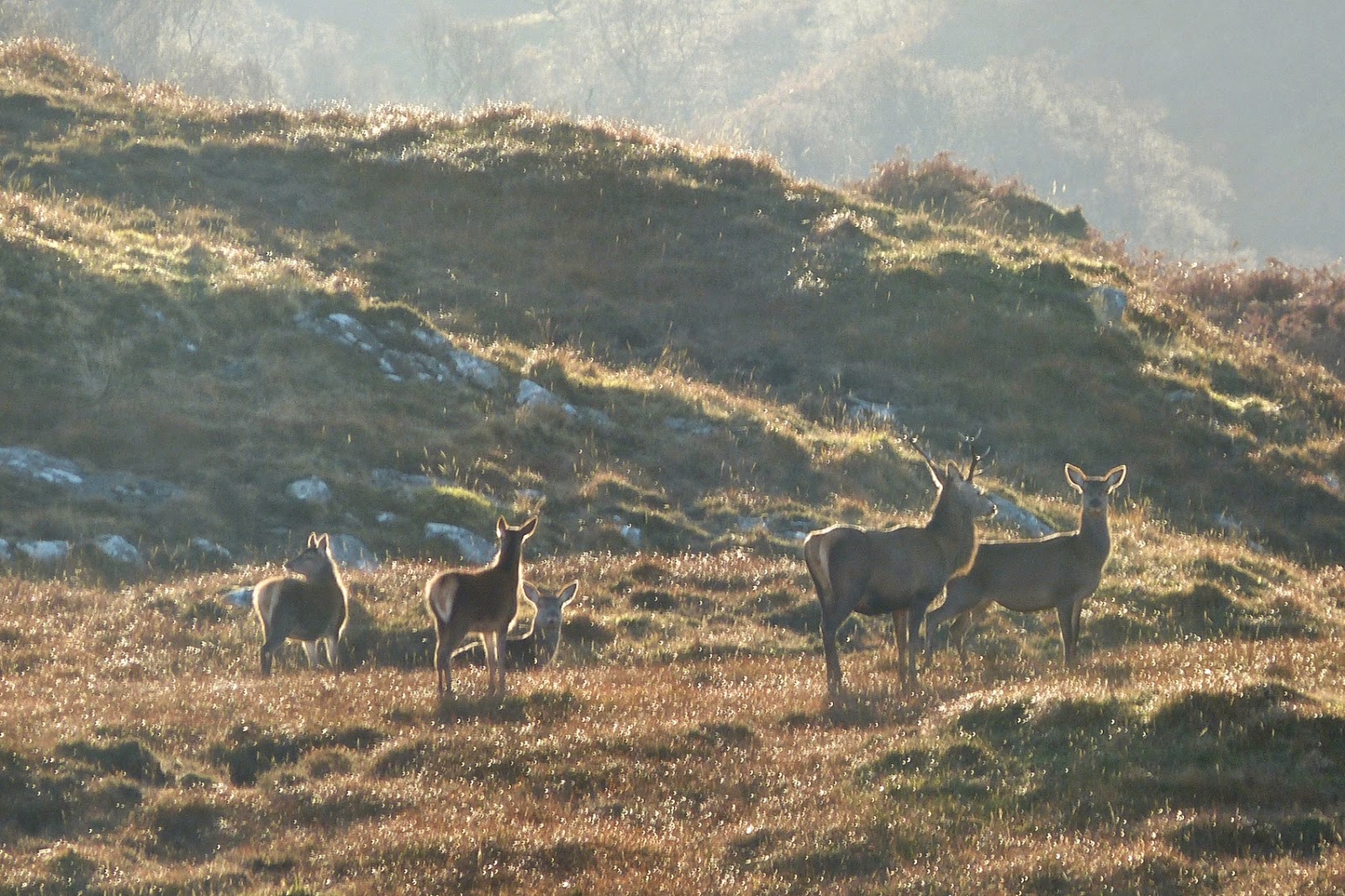 By this time we had climbed high enough to be walking directly into the sun.  The five deer moved ahead of us, still not too worried by our presence.  Later they went down to the burn, crossed it, and returned towards Fascadale along the hill opposite us. 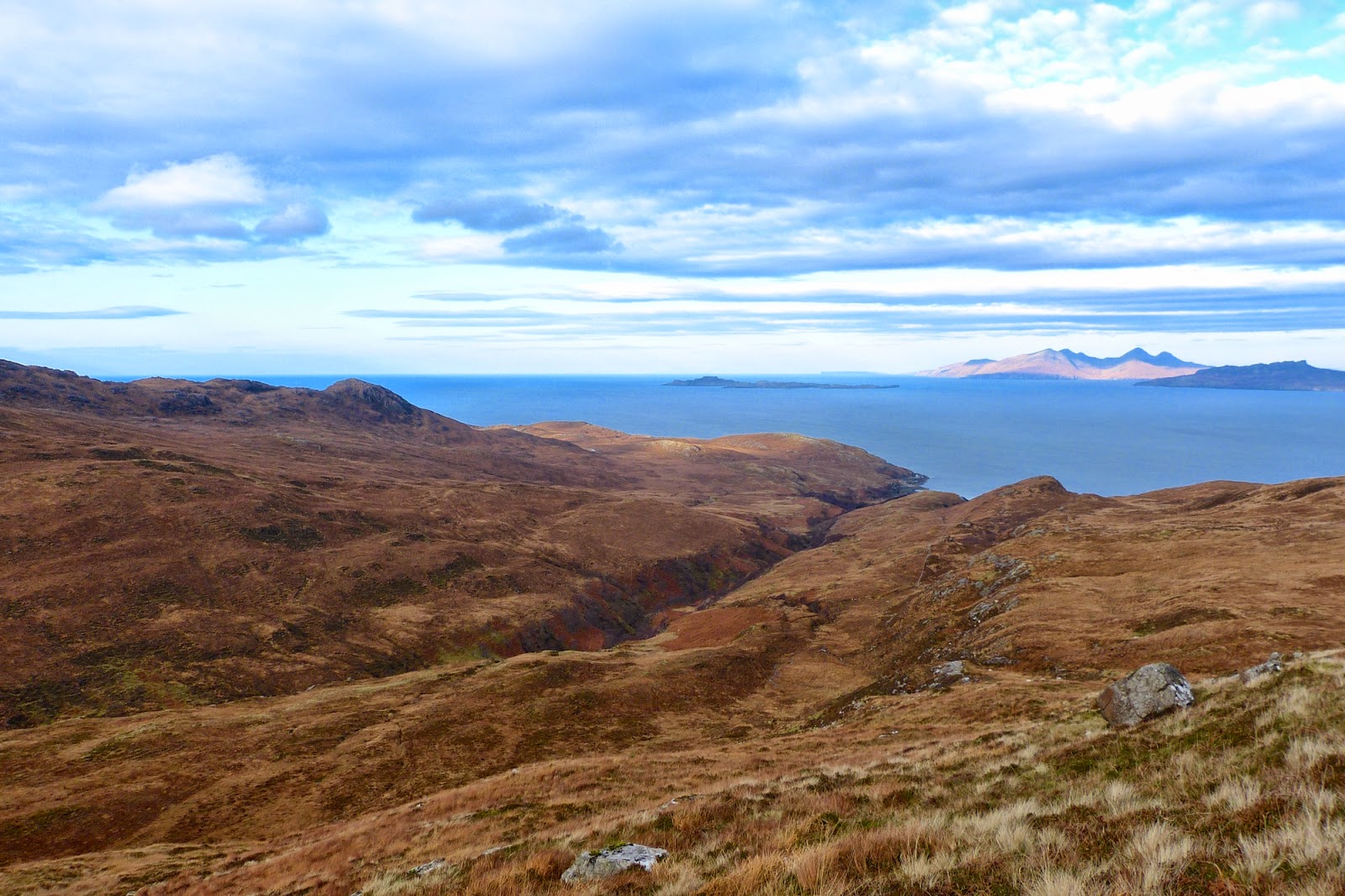 We walked steadily uphill, stopping frequently to catch our breath, disappointed when the sun went behind cloud and the colours were lost from the landscape.  We stopped on top of a small peak at 300m OD, three kilometres from Fascadale, which commanded a magnificent view across the Minches to Rum, Eigg and Muck. 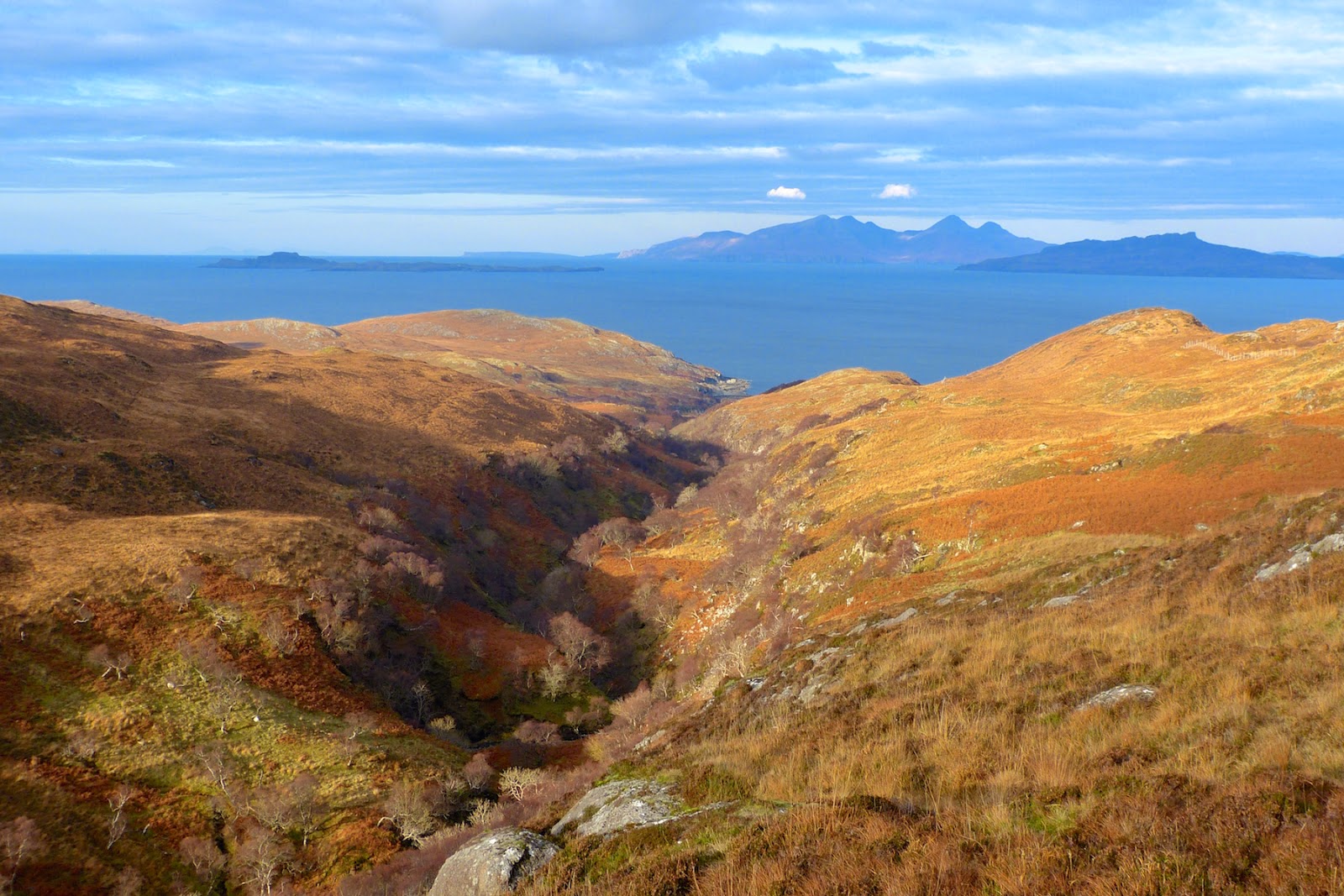 As we dropped back down into the Allt Fascadale glen and turned back towards the car park the sun came out again, all too briefly.  There's no doubt that, except when the heather is in full bloom, this is the best time of year for colour in these hills. 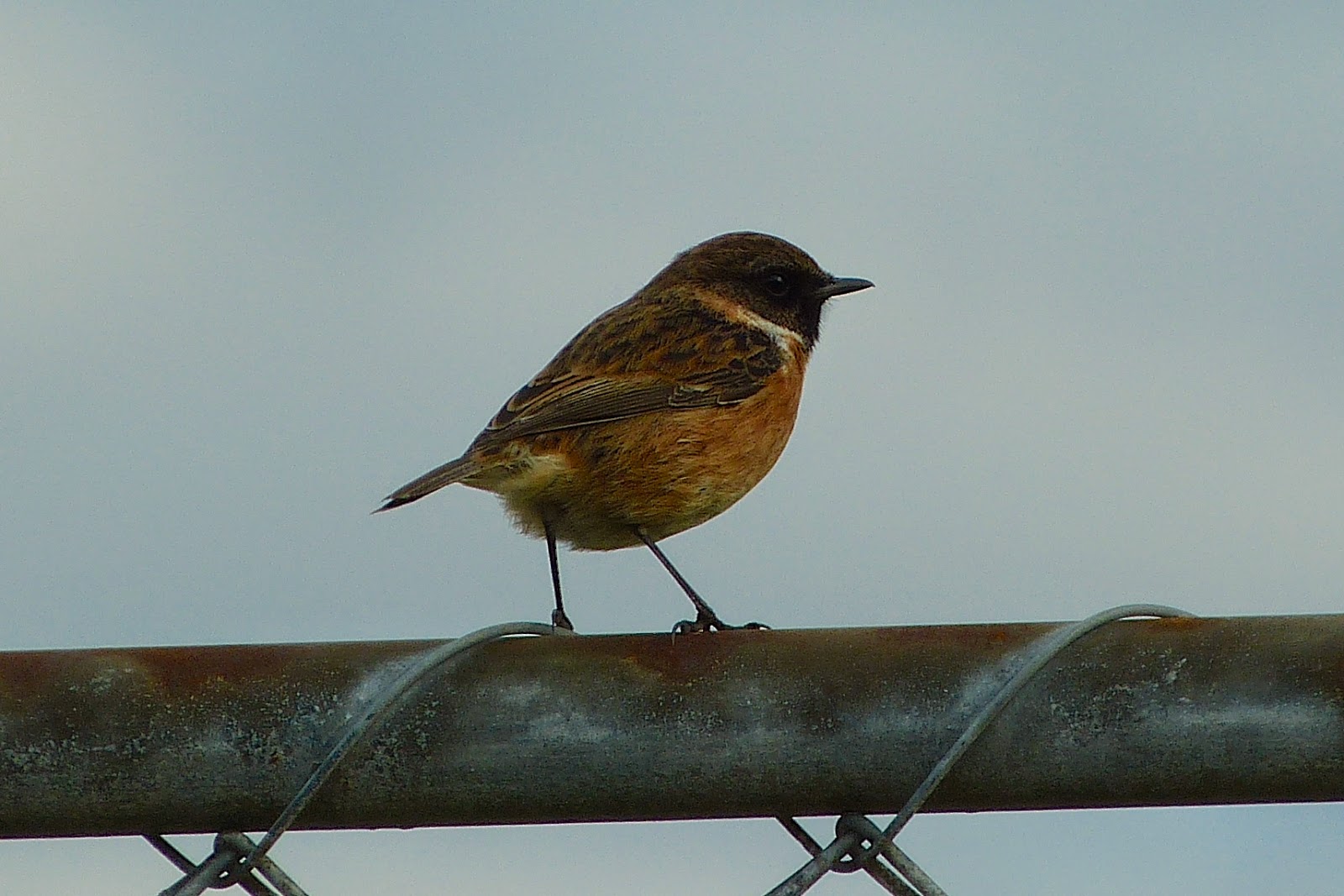 As a bonus to a very enjoyable morning's walking, we saw this very smart stonechat on a gate near Achateny.  His colours seem to mimic those of the hills.


The three cottages at Fascadale can be rented from Ardnamurchan Estate.
Posted by Jon at 15:15