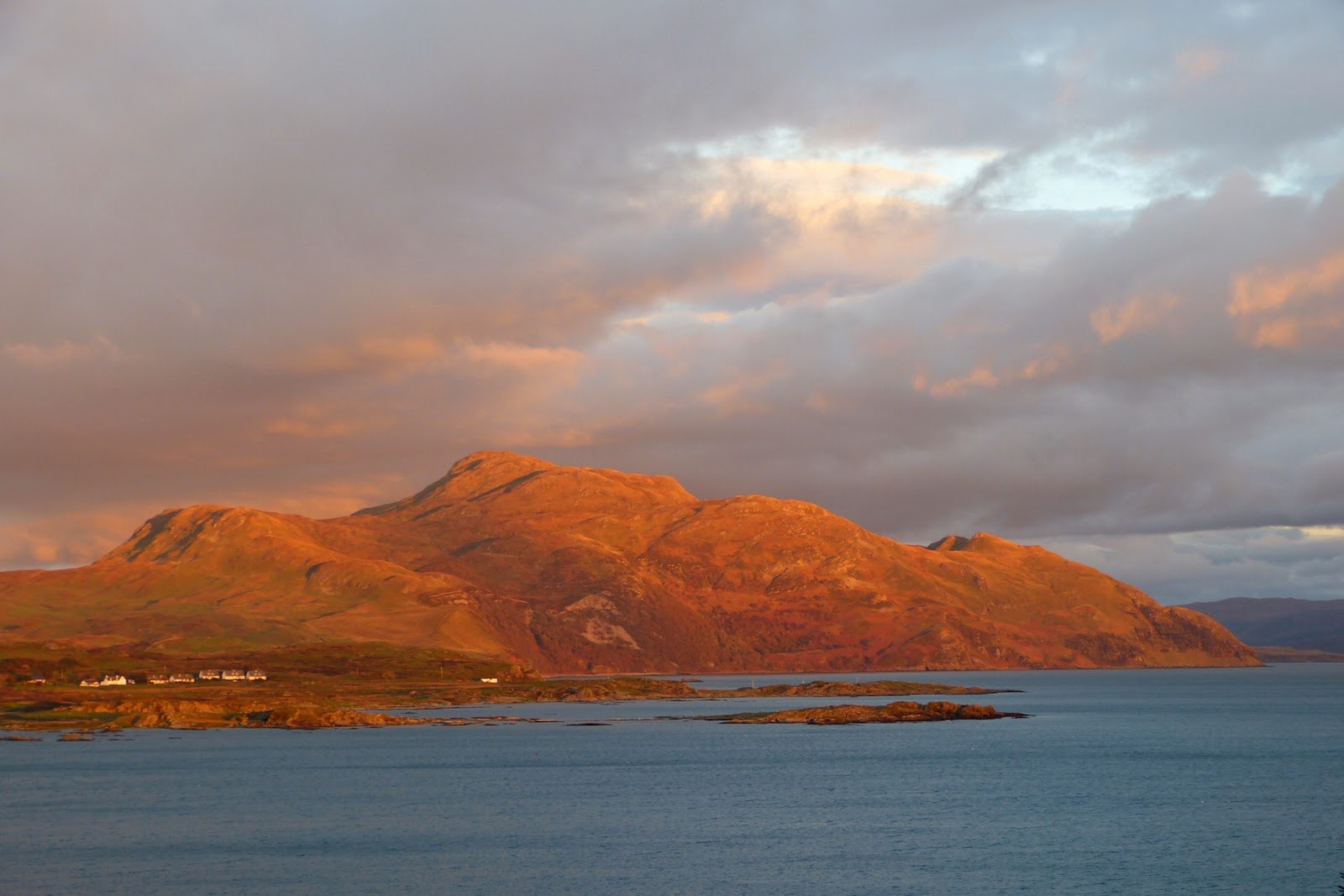 Late yesterday afternoon the clouds began to clear again, allowing a low evening sun to paint the slopes of Ben Hiant in shades of copper and gold.  Then the sky cleared completely and we had a bright, moonlit night, so the temperature at eight this morning had fallen to just over 2C and the tops of the cars were white with the first frost of the winter. 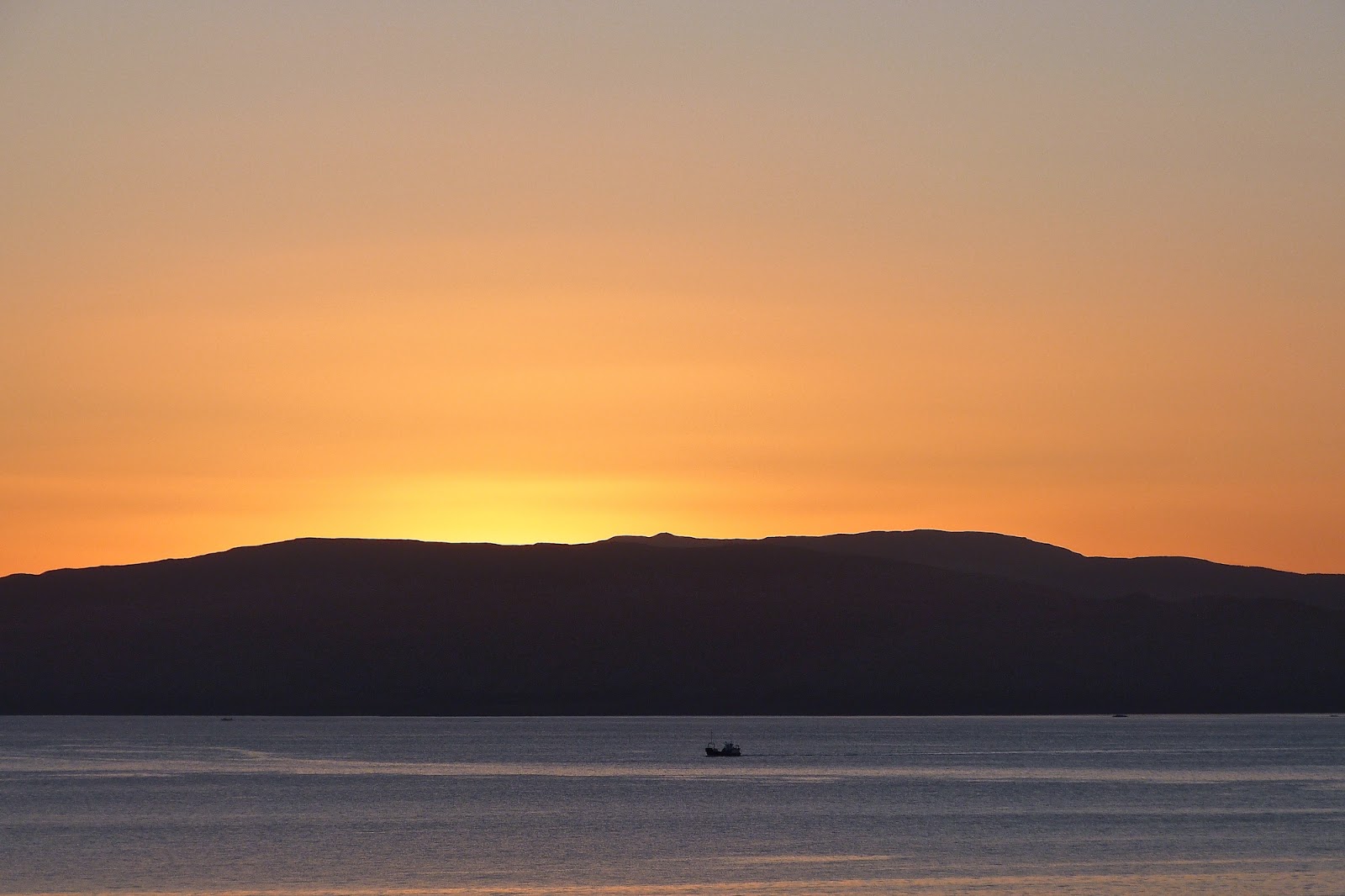 At a quarter to eight we were watching the Raasay crossing the Sound on the early CalMac sailing from Tobermory, with dawn building behind her in a cloudless sky. 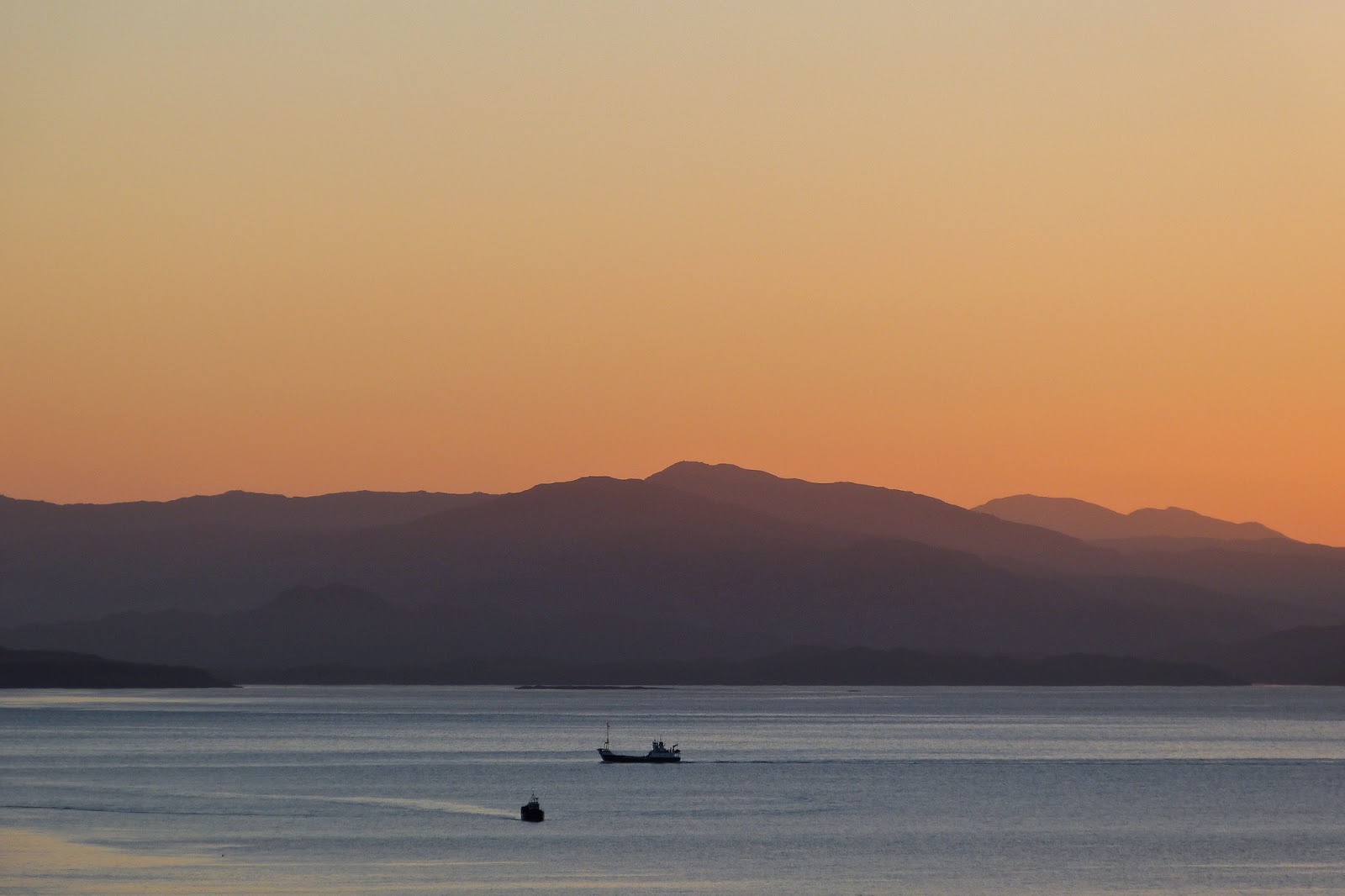 As the Raasay approached Mingary pier she passed one of the Tobermory creel boats, Jacobite, laying creels off Glas Eilean.  Behind the two boats are the hills of Morvern. 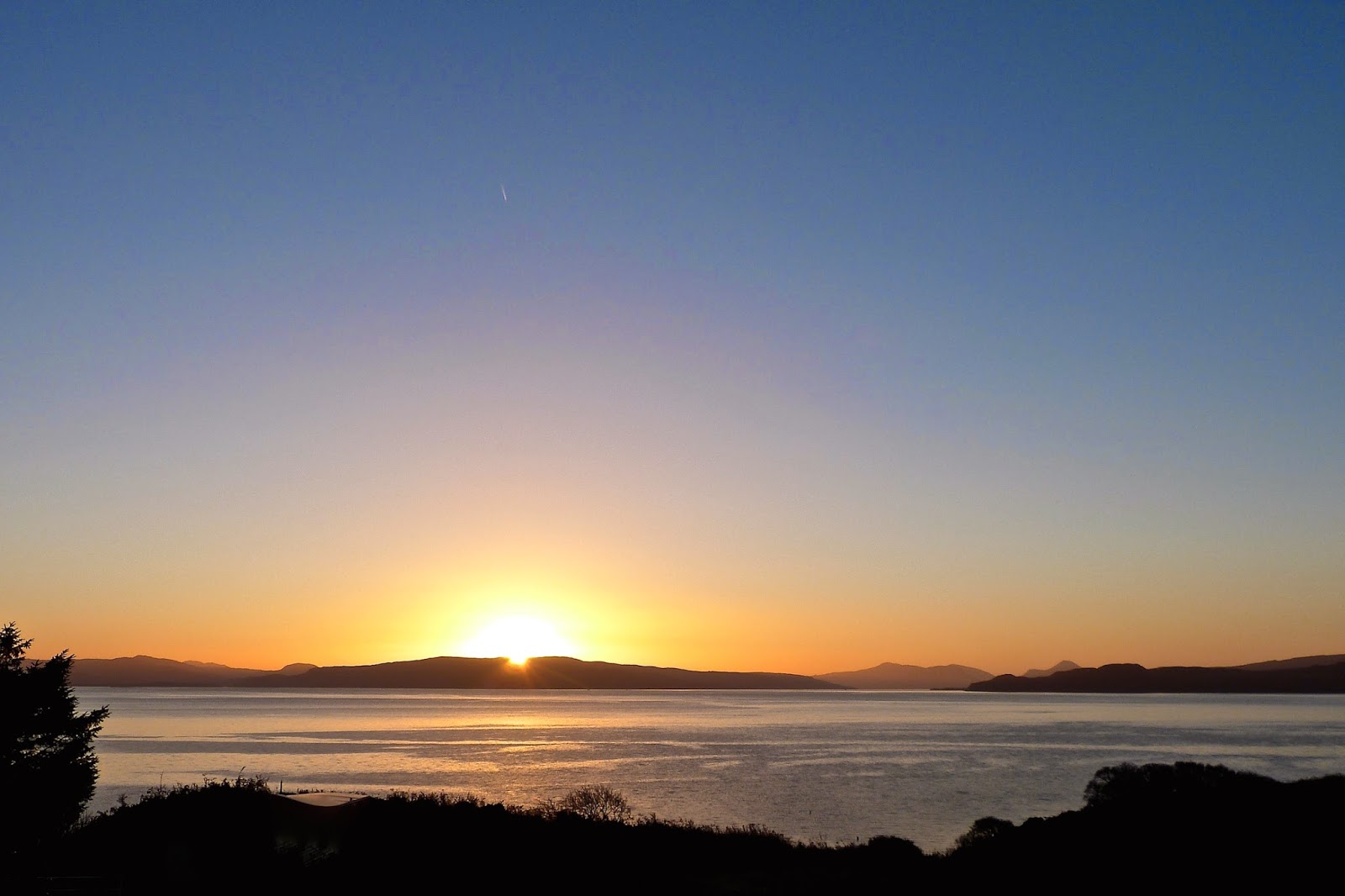 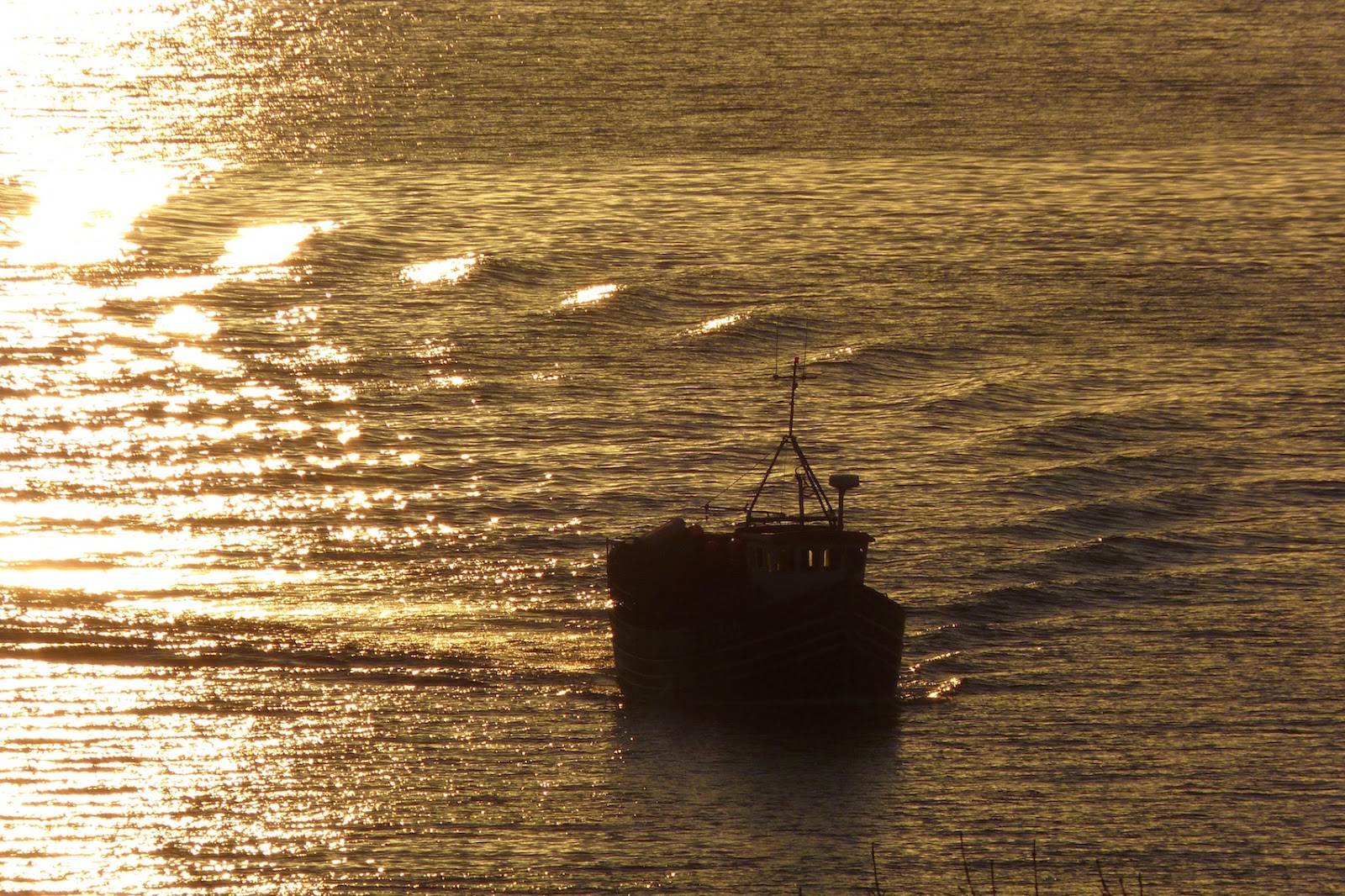 ....by which time Jacobite had come along the Ormsaigbeg shore to lay creels in the bay immediately below us.
Posted by Jon at 15:39