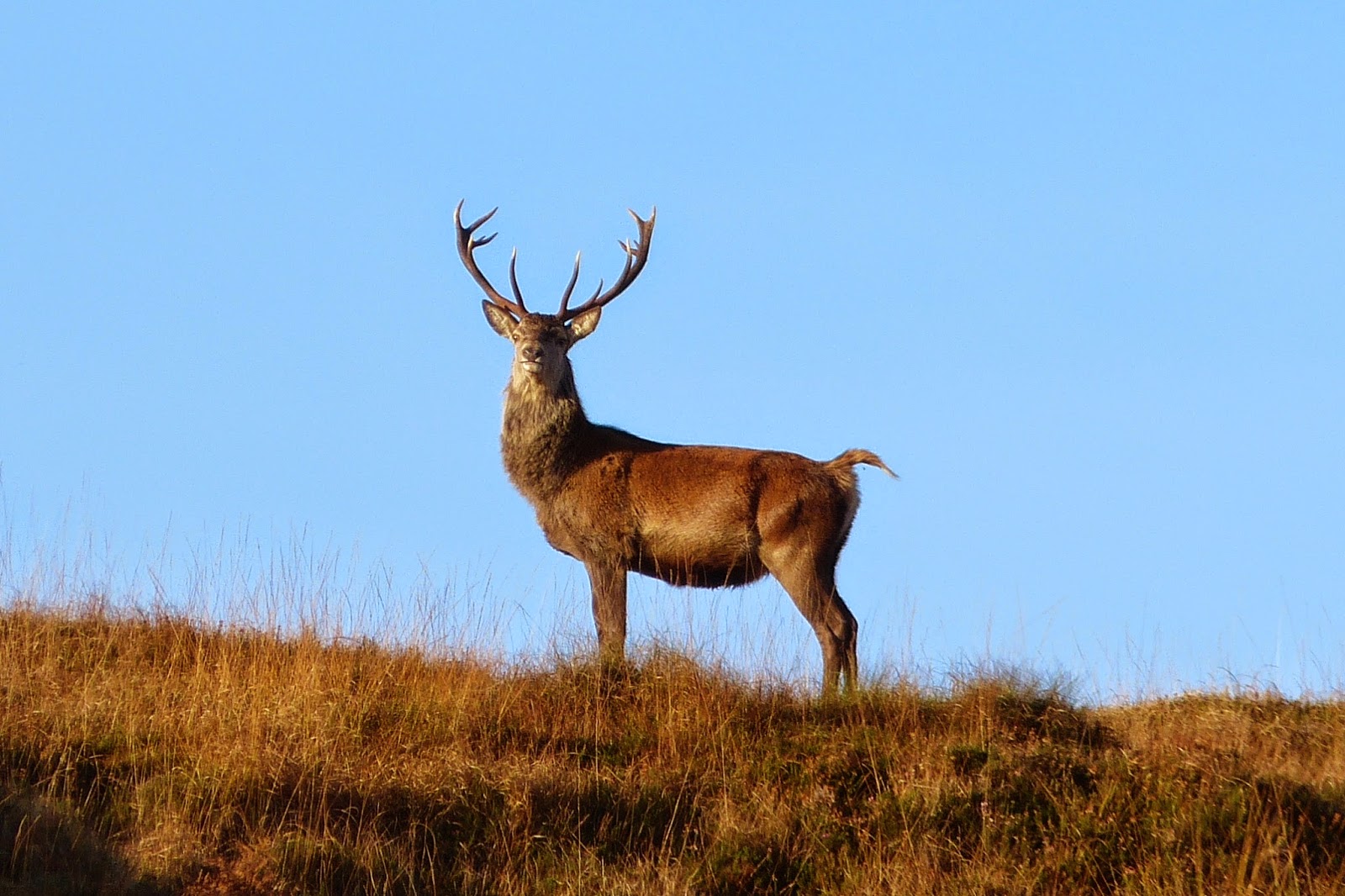 I thoroughly enjoyed last night's talk, at the Kilchoan Learning Centre, by West Highland Hunting's head stalker Niall Rowantree, ably assisted by stalker Stevie Grant.  In just under two hours, they gave us an overview of the activities of West Highland Hunting, the branch of Ardnamurchan Estate's business which deals with its hunting, shooting and fishing interests; an insight into the deer they keep - which include red, roe, fallow, Père David and muntjac, with particular emphasis on the Estate's large herds of red deer; and the environmental considerations of keeping deer. 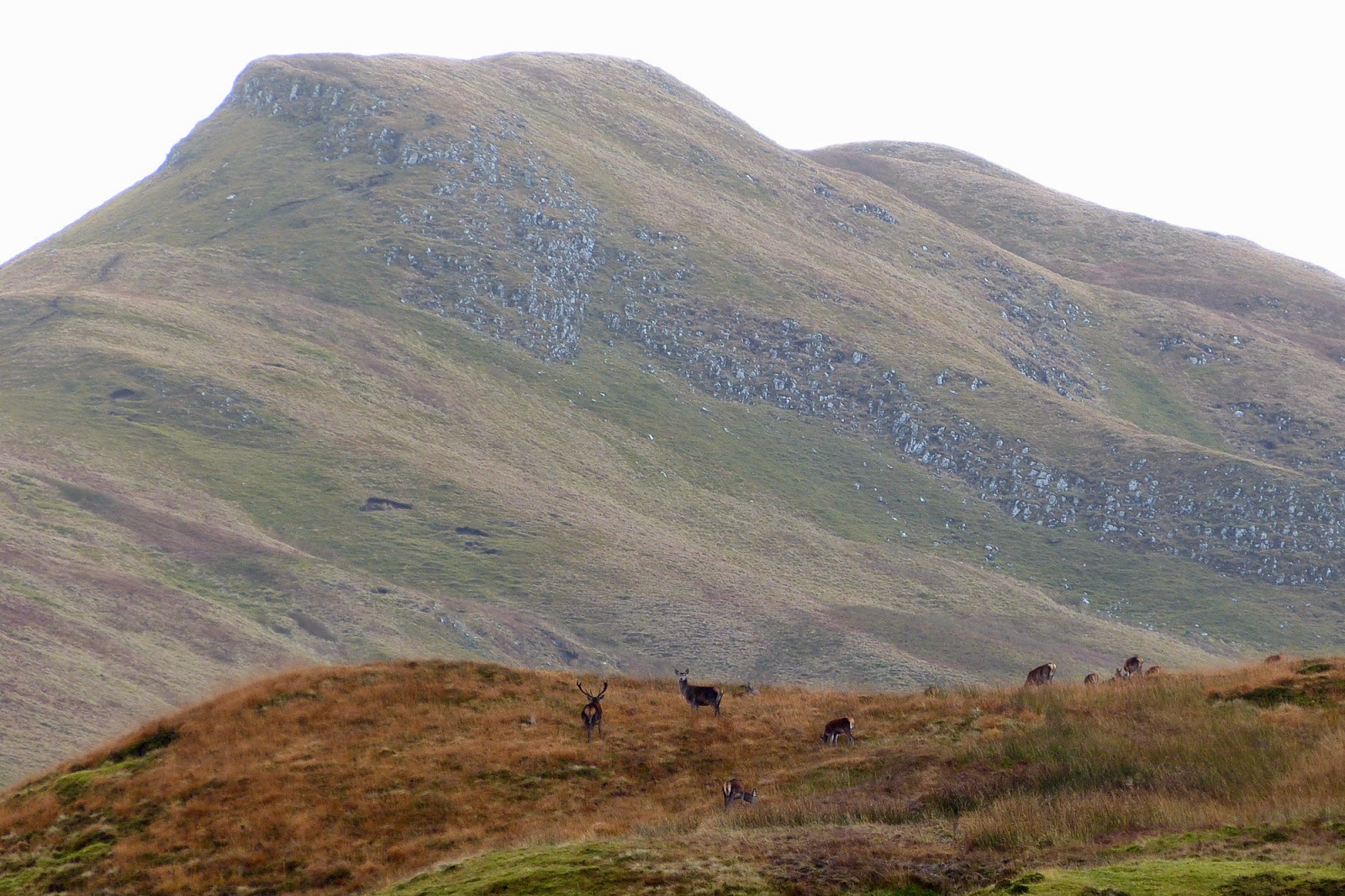 It was a fascinating talk, too much to take in at a single sitting, but what interested me most was Niall's emphasis on the importance of working with the local community.  This didn't refer to the Estate's ongoing concern over poaching, though it must be heartbreaking for the stalkers when beasts which they are anxious to keep as part of the bloodstock of their herds are slaughtered - Niall appealed once again to both residents and visitors to contact the Estate on 01972 510 208 or himself on 07920 858 263 if anyone sees anything suspicious.   It was more that at one point he mentioned a local crofter/farmer who has realised the potential of deer farming and had begun to put areas of his land aside for a herd of deer as well as exploiting some of the crofting townships' common grazings for the red deer they hold. 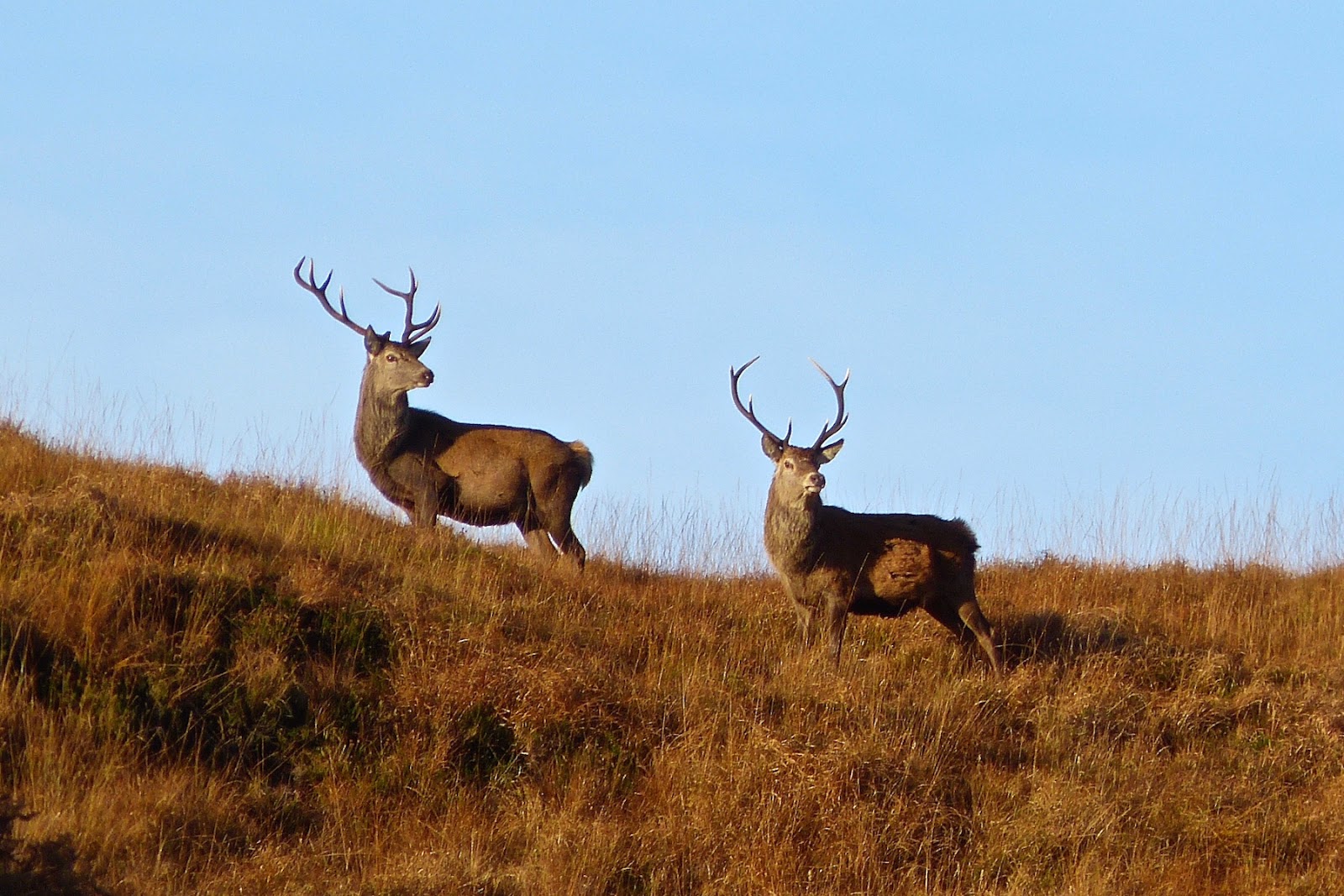 Deer have huge advantages to any farmer.  They require no veterinary services.  The only supplementary feeding required is over the winter - venison is a wonderfully lean meat but it leaves deer with little in the way of fat reserves for the cold - and the Estate here has the advantage that they are now using draff, a byproduct of the Ardnamurchan Distillery which they supplement with further ingredients. They can be slaughtered on site: the Estate has its own butchery and cold store, and packages meat for the local shop as well as for sale elsewhere.  And finally, there is a huge and still rising demand for venison, to the extent that red deer meat is now being imported into the UK from New Zealand. I returned home to TV programme which featured Ben Fogle on a farm in the Namibian desert.  The couple he visited were almost subsistence farmers, but they fed well, their main meat supply coming from these beautiful animals, gemsbok (oryx) - probably the Namibian equivalent of red deer in size and in their superb adaptation to living in a their particular wilderness.  Which set me thinking.  Looking at the Highland landscape and seeing large sheep breeds, an infamous import from England at the time of the Clearances, and heavy cattle, which churn up the soil, and comparing them as an agricultural product to red deer, it is very surprising that more local crofting communities haven't given careful consideration to the alternative of farming deer - particularly if the Estate's extensive expertise is available to help them.
Posted by Jon at 14:57