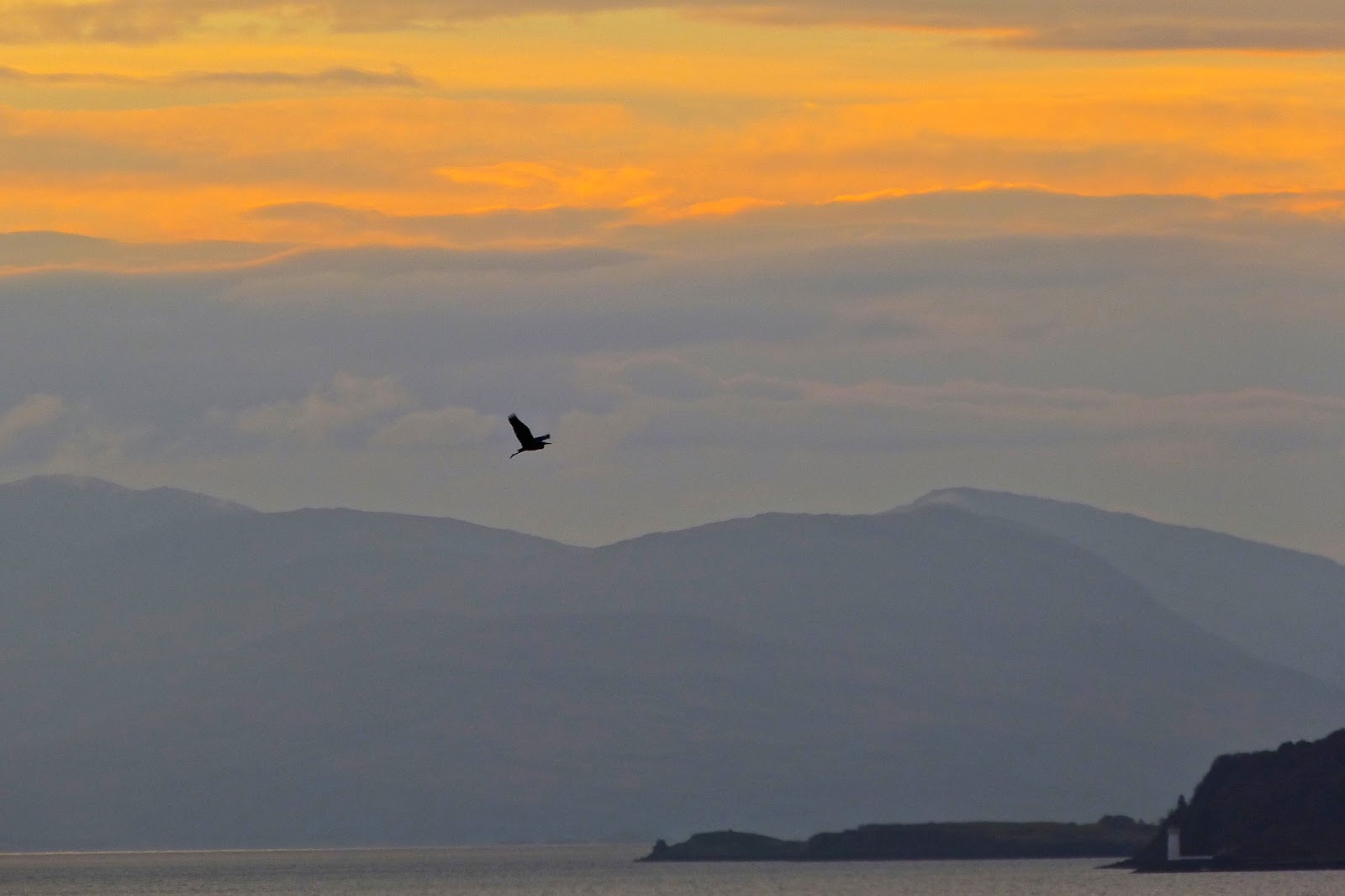 This heron was flying high over the Sound one early morning recently, making the grating screech that is their call, when we noticed.... 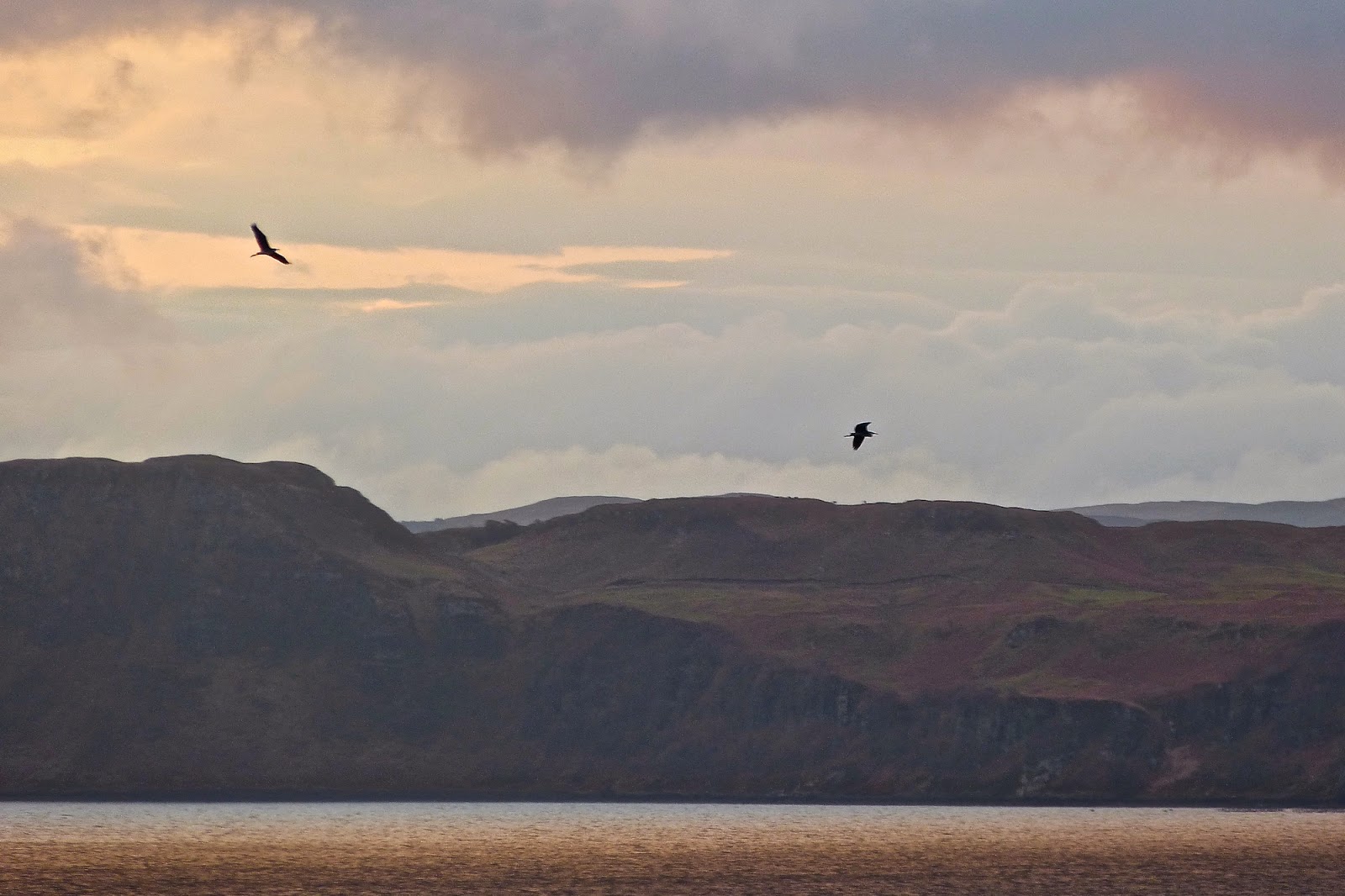 ....it wasn't alone but with a second heron.  The two flew round and round each other for some minutes, calling, before disappearing from view.  If this was part of a mating display, they're early - grey herons pair up in early spring - but perhaps the unusually warm and sunny November has confused them.

When watching herons one can quite believe that the birds are descendants of the dinosaurs.  It's not difficult to imagine that these weren't two herons but two pterodactyls flying over the sea. 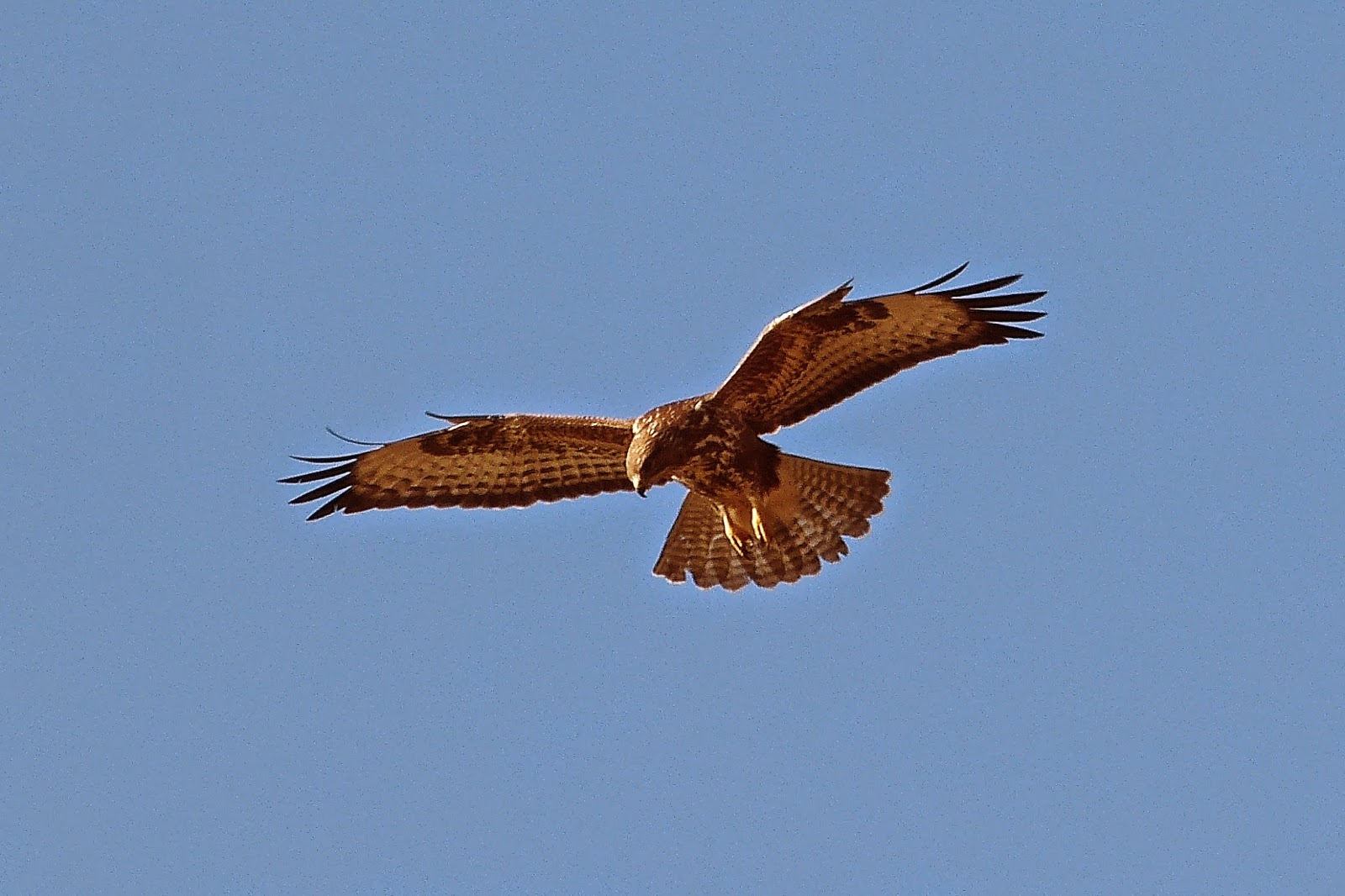 We see the Ormsaigbeg buzzards every day.  They're part of the wildlife furniture, either perched on prominent points such as the fir tree opposite the house, or wheeling over the croft land with their plaintive cry, or hovering, scanning the ground for mice and voles.  This pair nest in the woodland at the back of Bill Green's house, and seem to raise at least one chick to maturity each year. 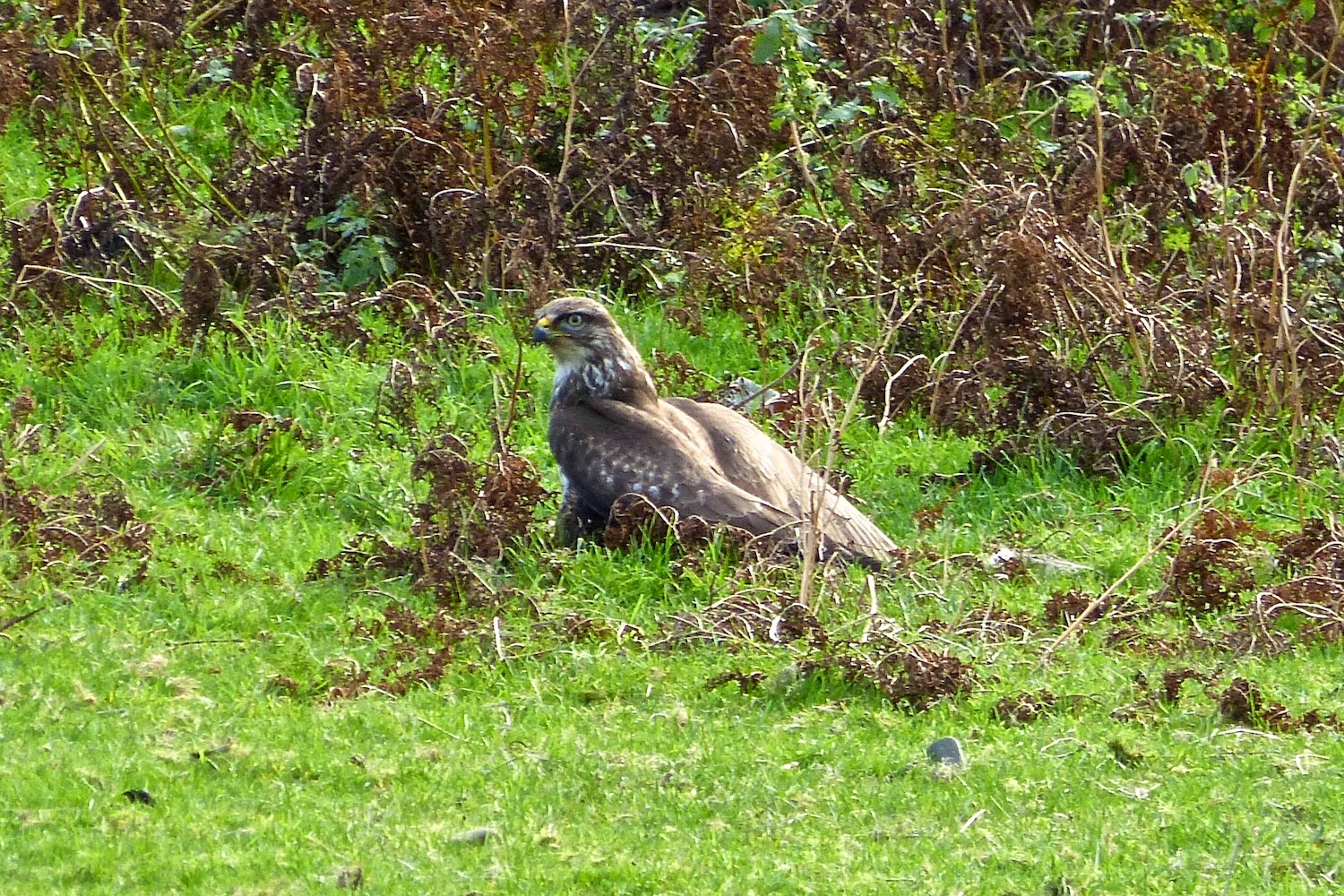 However, for all their hunting efforts, we rarely see them actually catch anything.  This was an exception, when the buzzard almost crashed onto the ground to secure its prey. 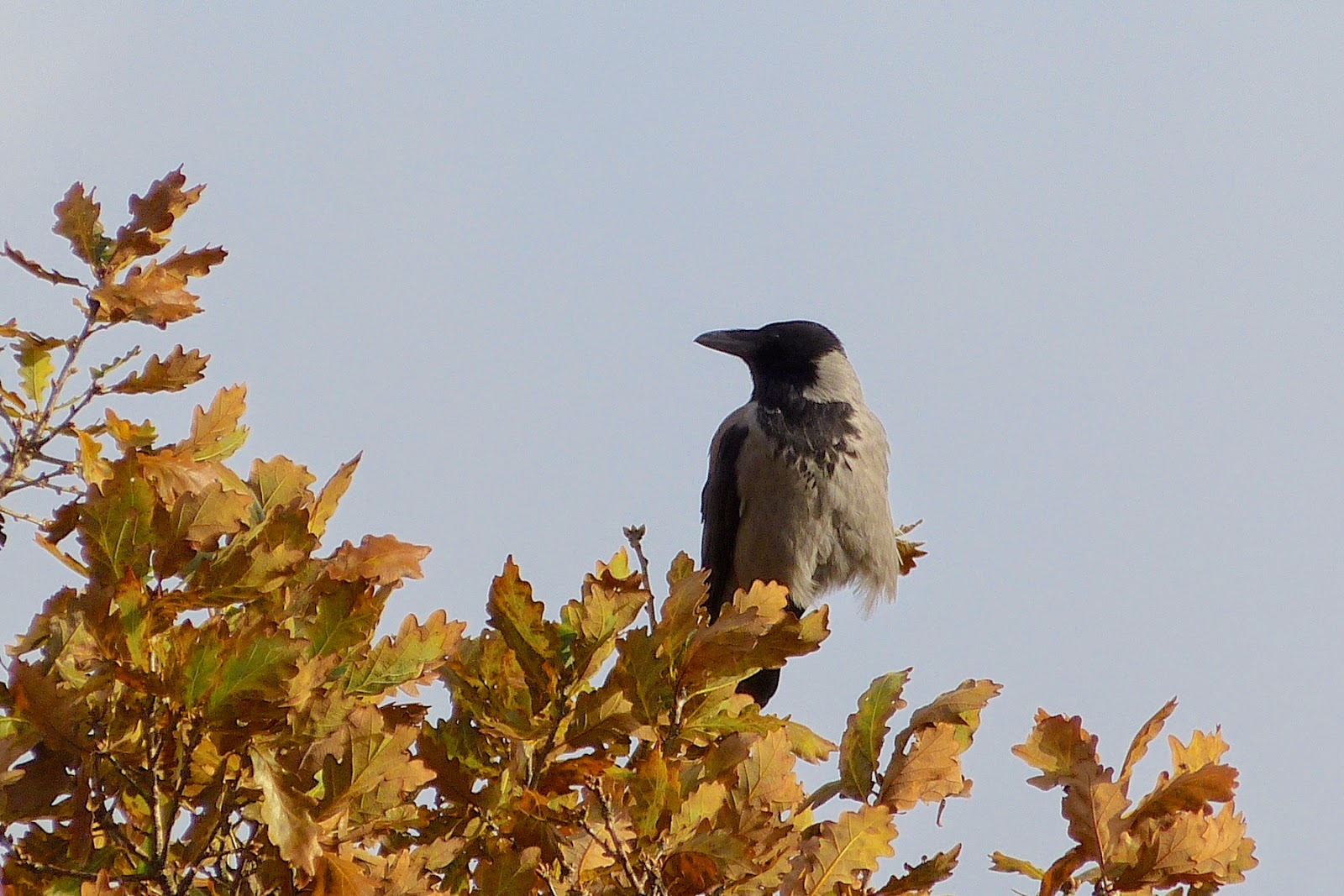 If the buzzard population has stayed fairly stable, even though this has been an exceptional year for mice, the number of hoodies (hooded crows) and ravens has gone through the roof.  There's frequent conflict between the hoodies and the resident buzzards.

A few years ago the number of crows was controlled by trapping and shooting, but this seems to have stopped. 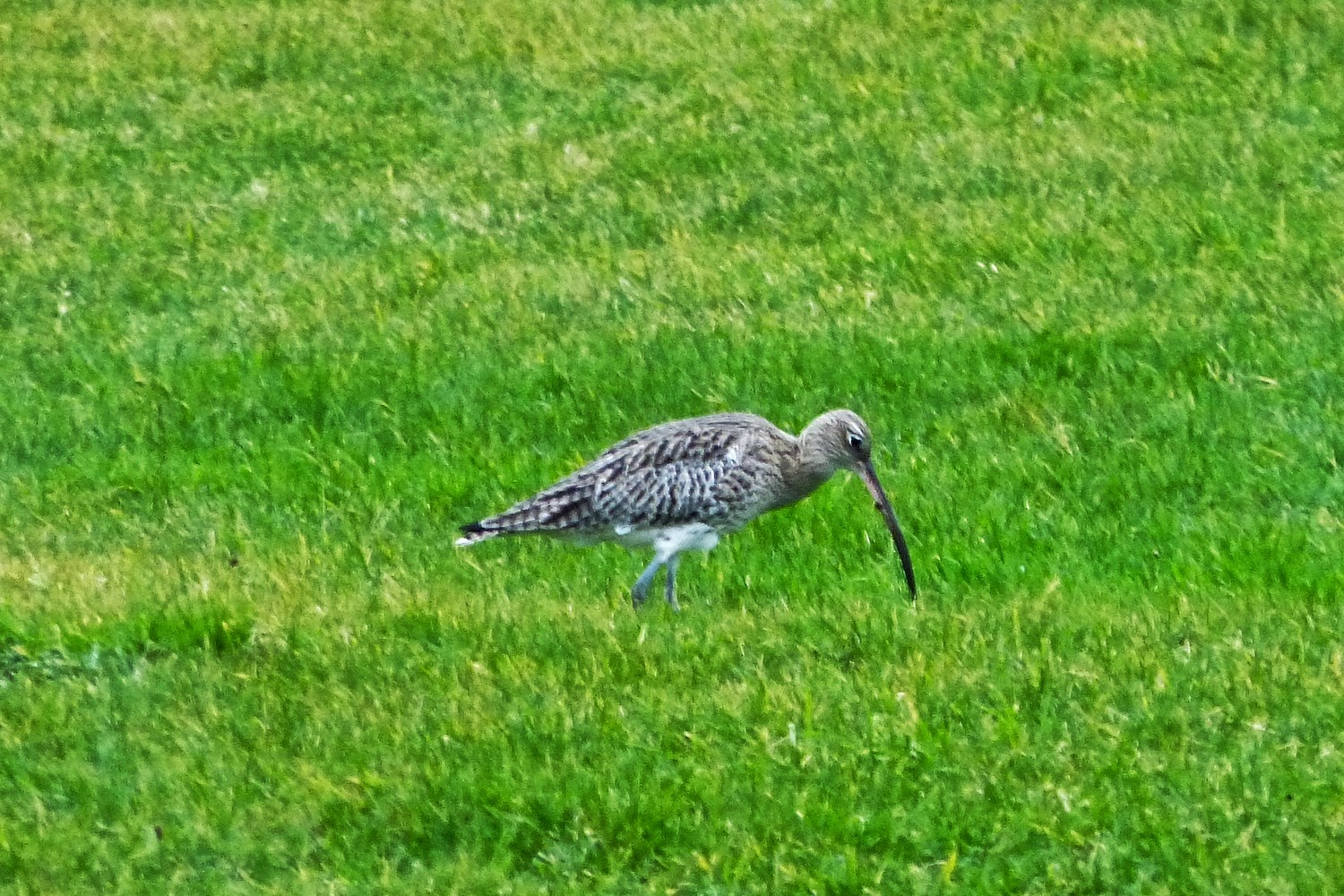 It's the time of year when the curlews are to be found probing the grasslands in the croft fields.  This individual, pictured today in rather grey weather, was unusual in that it was alone.  Usually, they move around in groups of six or more, and are very shy, hurrying away as soon as they see us, while this one was far too intent on feeding to bother with us.
Posted by Jon at 15:10