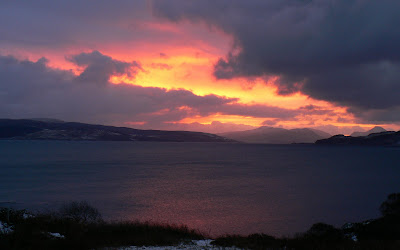 This is the most the village has seen of the sun all day, a fiery warning just before nine this morning, after which it gave up and disappeared behind a grey curtain. 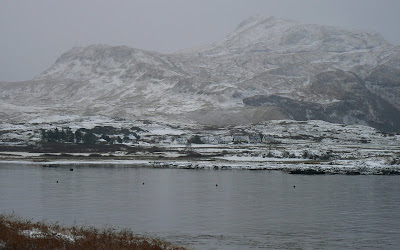 There wasn't much snow overnight, but it's come in fits and starts all day. Fortunately, with the temperature above zero, it hasn't frozen on the roads - yet - so it was possible to get up the peninsula, though we're told that conditions are much worse at Strontian. It's the first day that Gordon hasn't taken the bus to Fort William, even though the Corran Ferry is back to normal working. 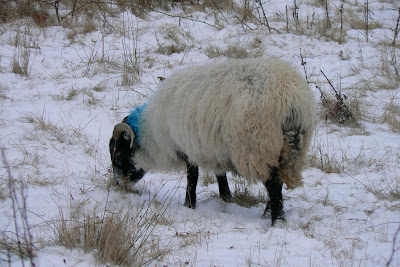 The beasts in the fields are having a thin time of it, particularly those, like this one, that are not given any supplements or access to hay or silage. But there are worries in the human population too: the coal lorry hasn't delivered down the peninsula in almost eight weeks, so most people are running out and having to cart bags from the shop. 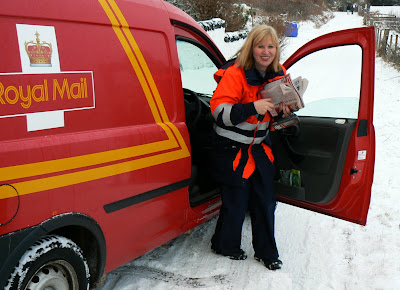 However, some services can always be relied on, however slithery the road. Although the rest of the nation's postal system is in chaos - we're receiving mail that was sent first class and has been ten days in the system, and many of us have given up on Christmas presents we ordered on-line days ago - the local post is getting through, even though Marie wasn't back from her deliveries until 7.30 last night.
Posted by Jon at 15:50