....which arrived in January with a big chill, and went out in December with an even bigger freeze: water pipes burst, the mains supply in Kilchoan went off on Christmas Day after the water treatment works blew its valves, the roads became skating rinks, and the waterfalls along the Millburn turned into cascades of ice.

....that saw a wonderful display of wildflowers in April and May, with a particularly good showing of orchids, the best of which were to be found in the fields which surround the ruined village of Bourblaige, cleared almost two hundred years ago to make way for sheep.
....when, happily, after years of disappointing sales, the descendants of those Bourblaige sheep fetched good prices at the annual sales in Oban and Fort William, giving a much-needed boost to our crofting community.
....in which pig-keeping suddenly became popular, with the start of a new pig-rearing syndicate.
....in which a community garden opened near the Sonachan Hotel, growing a wide variety of vegetables and bringing a full-time job into the community. 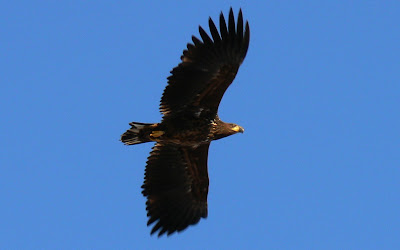 ....when the wildlife seemed more prolific and magnificent than ever, with sea eagles crossing to Ardnamurchan's shores from both Mull and Rhum, with as many as nine basking sharks being spotted off the Lighthouse in a day, with sightings of wild cats, pine martens, dolphins, minke and waxwings, and a strange creature called a 'pistol shrimp' being caught in a fisherman's net. 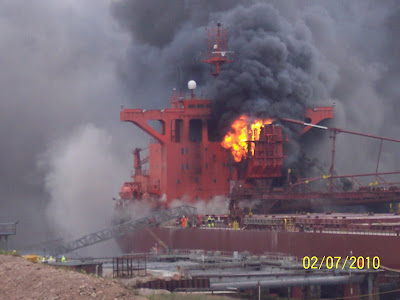 ....in which the bulk carrier Yeoman Bontrup caught fire while loading aggregate at Glensanda quarry, giving The Diary an exclusive picture scoop. Fortunately, no-one was seriously hurt, though the ship had to be towed away for a complete refit. 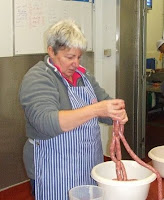 ....when that magnificent educational establishment next to the Community Centre was finally recognised as a fully-fledged university, the University of Kilchoan, offering courses as varied as bee-keeping, maintain your outboard motor, digital photography, butchery, creative writing, lip reading, sheep shearing, jewelry-making, hedge-laying, zumba, quilting and, of course, sausage knitting. 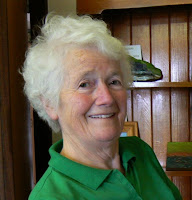 ....in which Chrissy MacLachlan, after many years of smiling, devoted and much-appreciated service helping visitors to West Ardnamurchan, retired from the Tourist Information Office.
....when Chrissy's grandson, Iain MacDonald, set up a Flickr group called West Ardnamurchan Vintage Photographs, in which old pictures of the area can be collected, and which will offer a valuable archive for future generations.
....in which wind turbines sprouted at the Kilchoan Community Centre and the Lighthouse, producing between them up to 35Kw of electricity on a windy day.
....in which, at its end, The Diary would like to thank both its readers and its contributors for their support.
....when there was no change whatsoever in one thing: the unfailing beauty of this land, even in the depths of a hard winter. 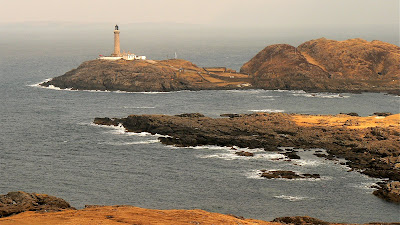 The Diary Wishes its Readers
a very Happy, Healthy
and Prosperous 2011.
Posted by Jon at 09:30