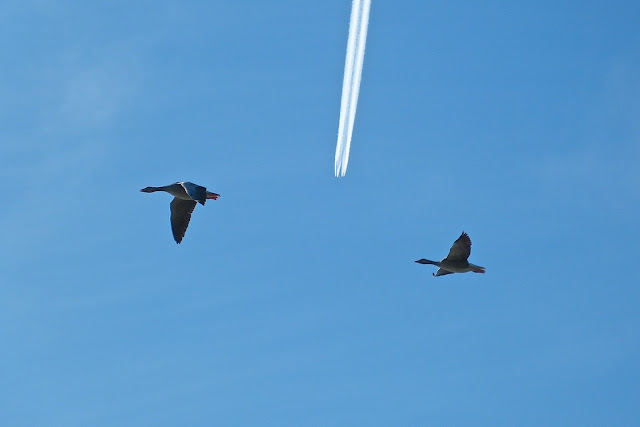 One of the things I have learnt in the last few years is that photographs often don't come out the way one expects them to. With such limited knowledge of digital photography, I simply point the camera, press the button, and then hope that the settings were right - and occasionally, very occasionally the picture comes out far better than one could have hoped.

This is particularly true of wildlife photography where the opportunity for a good shot can be momentary. Picture shows two greylag geese. 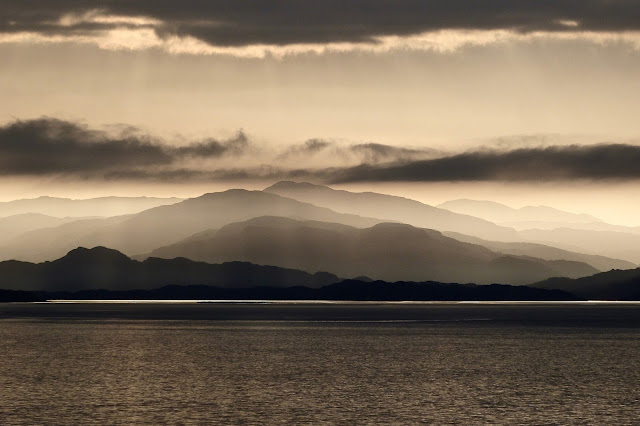 The same can be equally true of landscapes. This picture was taken early on a grey, nondescript March morning and looks across the entrance to Loch Sunart to the hills of Morvern. It was only when it was on the computer that I realised that it captured something like eight layers of landscape. 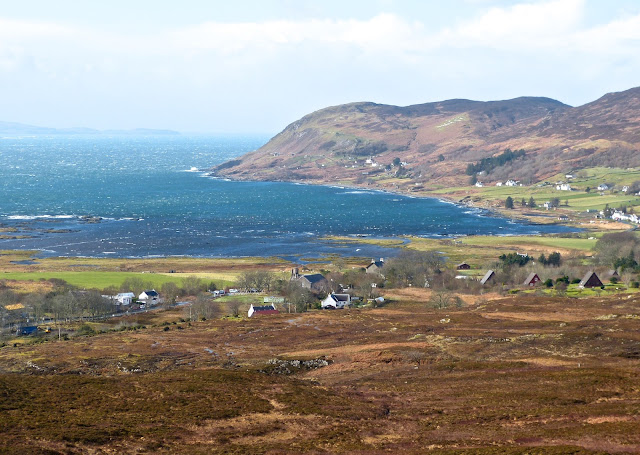 This is another picture which came out far better than hoped - but for a different reason. We needed a cover for the new edition of the Annals of the Parish, and wanted one similar to the original, which was taken from the lower slopes of Glas Bheinn. To have set out on a bitter March day, with heavy hail showers battering in on a strong wind across the Sound, and come back with such an atmospheric shot, was truly remarkable. 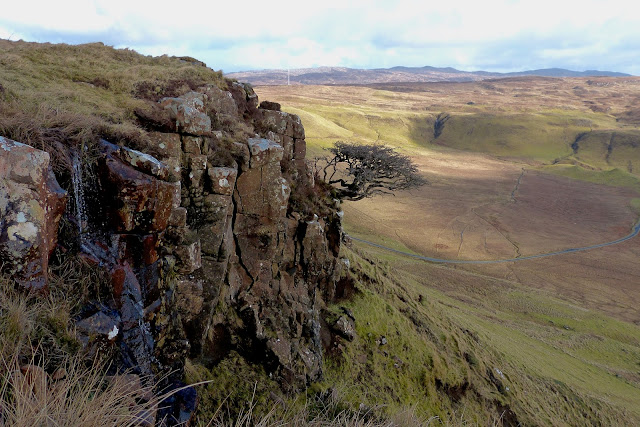 This picture is of one of the crags high above Bourblaige with, far below, the B8007 winding its way across the Basin. The light was all wrong, with the distant slopes of the Basin in the sun and the crag in the shade, but the picture works - partly because of the small things, like the tree clinging to the vertical rock face, and the droplets of water frozen in the waterfall. 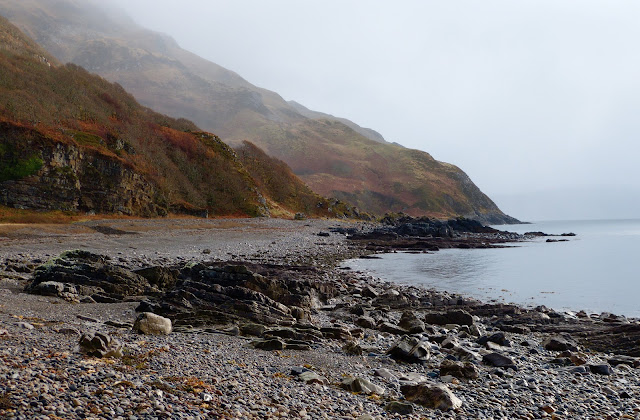 This is the most unexpectedly special landscape photograph. We were walking along the beach to the east of Mingary Castle, below the abandoned clachan of Choiremhuilinn, when what had been thick mist suddenly lifted and allowed just a hint of sunlight to catch the beach. At the time I wasn't particularly interested so only bothered to take one shot.
Posted by Jon at 17:01