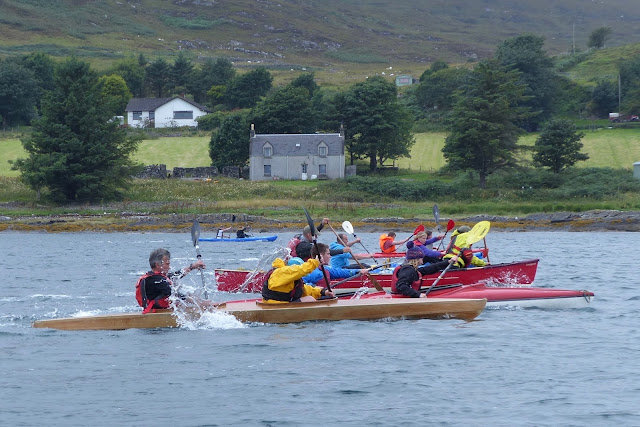 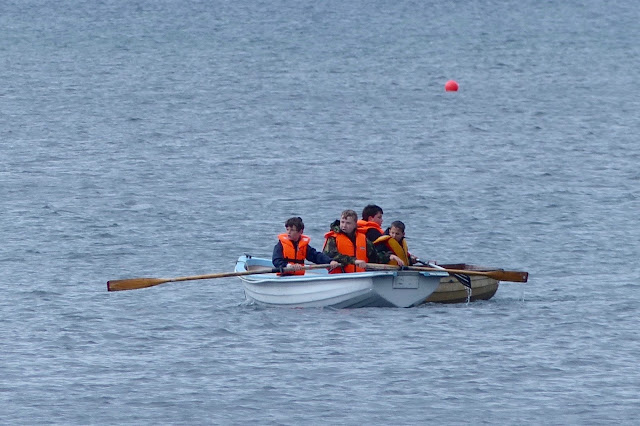 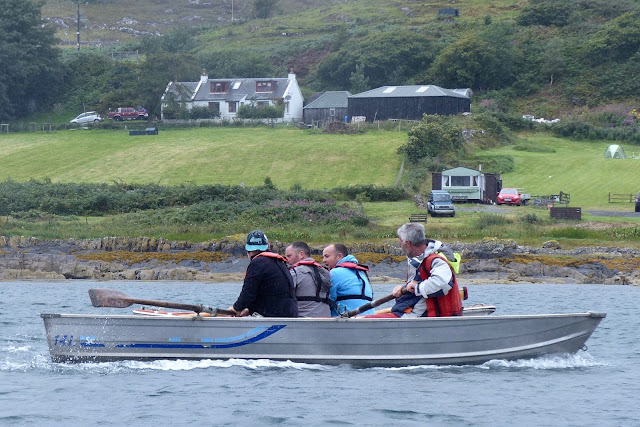 ....more collisions - and these competitors really should have known better 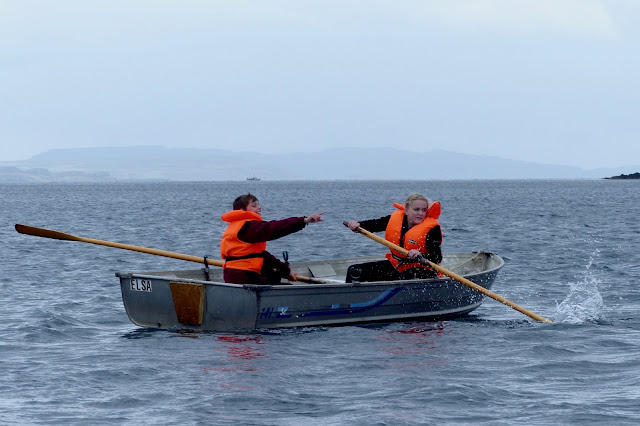 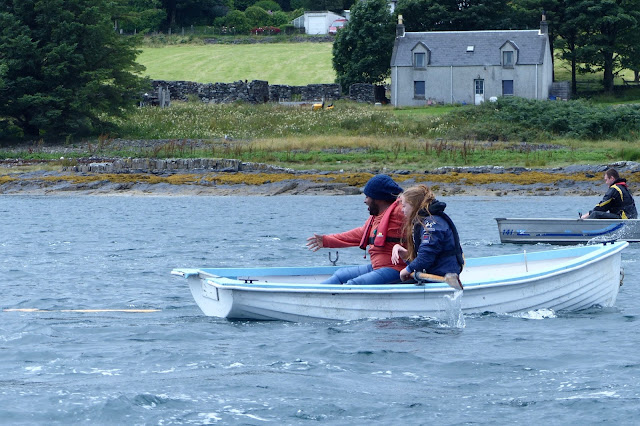 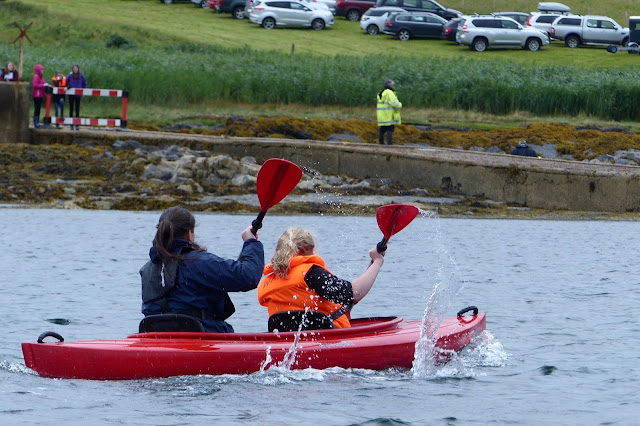 ....concentrated, if a bit splashy, co-ordination 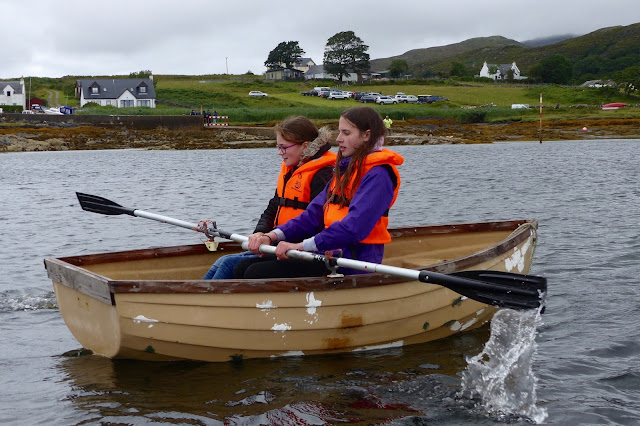 ....the sedate approach to racing 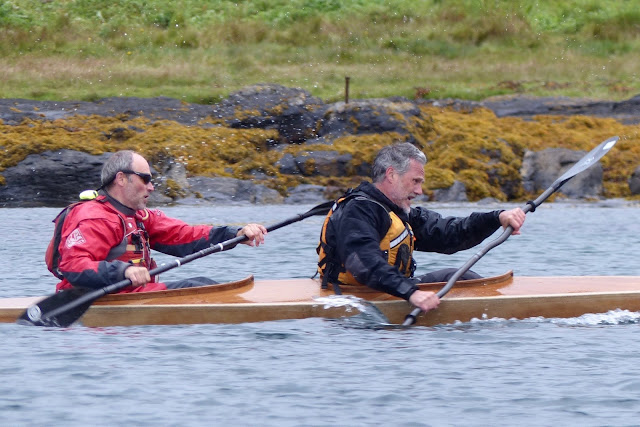 ....and the fiercely competitive approach 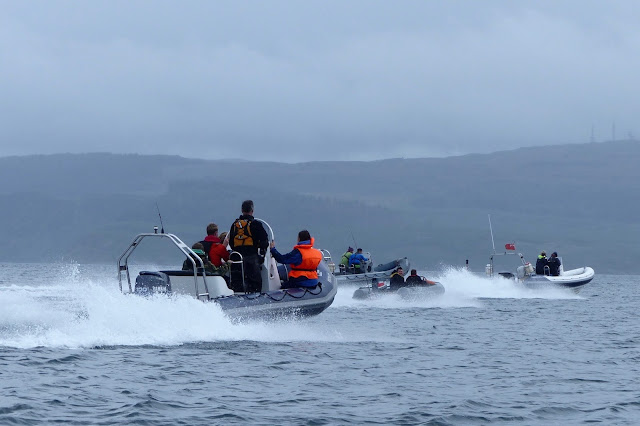 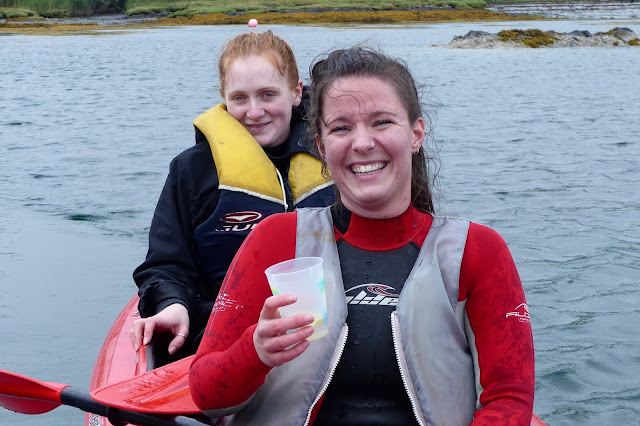 ....and celebration (before the race had even started) 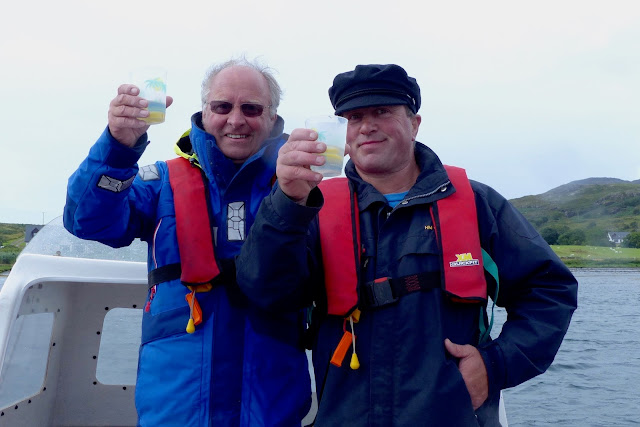 ....and more celebration - this is the hard-working safety crew who did a fantastic job by saving nobody 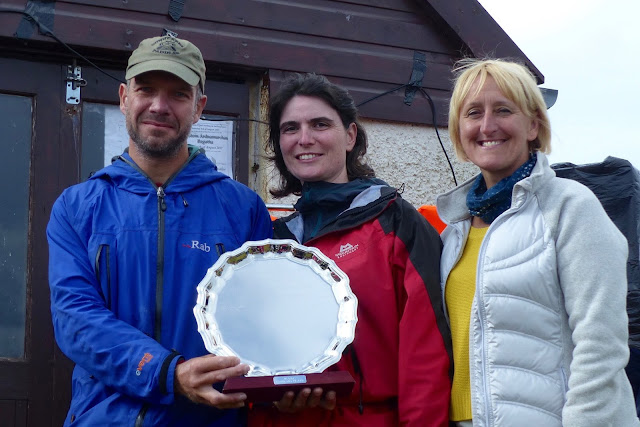 ....recognition, of Colin Skeath's efforts in being the first to circumnavigate Great Britain in a Canadian canoe, seen here with his wife Katrina (centre) and Elaine Shaw who presented the prizes - Colin was awarded the Malcolm MacMillan Shield 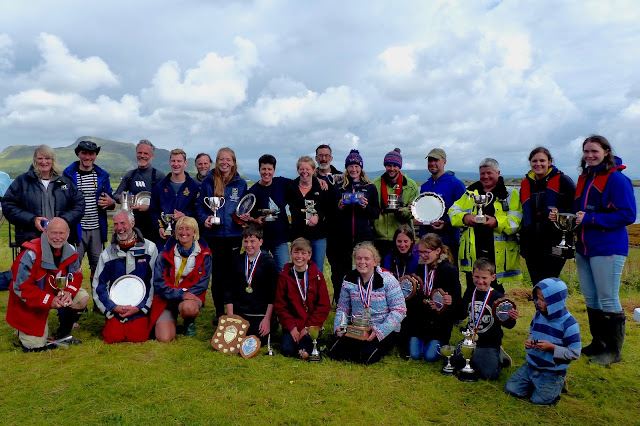 ....and recognition, both for those who had competed and for the many who had worked so hard behind the scenes to make the day so successful. 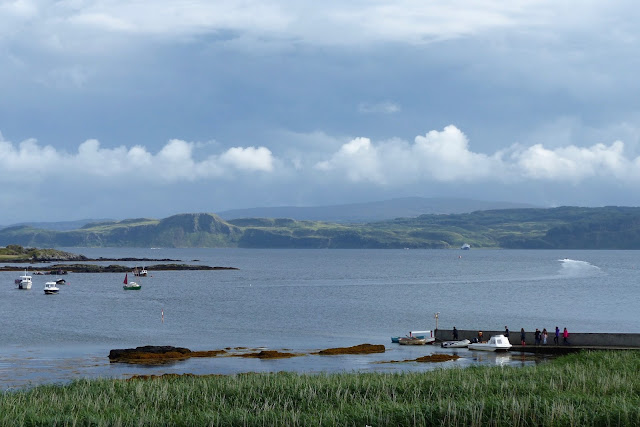 Then, after all the excitement, with the humans heading home, the bay was suddenly at peace.


Many thanks to Johnny Watson for taking the Diary to sea.
Posted by Jon at 20:49