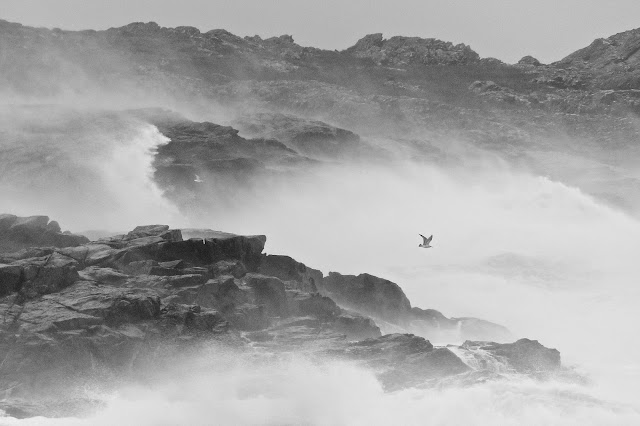 The Raptor's superb picture graphically describes the winds that batter Ardnamurchan Point and scour the peninsula. One day, during a particularly vicious storm, we stood outside our house at the Ferry Stores and watched a near-hurricane strip slates off the roof and send them bowling down the road. The next morning, this end of the peninsula was cut off in no fewer than six places along the road back to 'civilisation'. 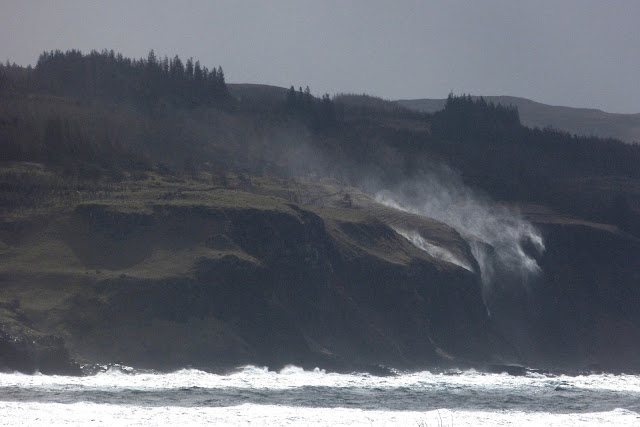 More recently, we've looked across the Sound to Mull and seen the water of the waterfalls that tumble down the cliffs opposite being picked up and hurled back inland and.... 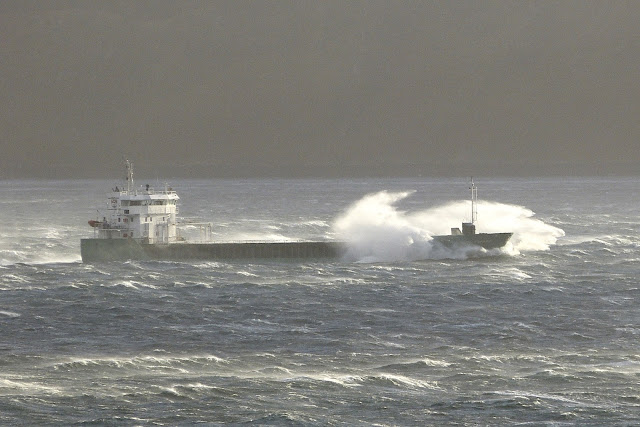 ....we've sat snug in our home and watched the ships fight their way into a full force eight gale.

We've lost count of the number of times lightning has blacked out the community, sometimes sending surges along the lines which have blown up computers and game boxes and telephones and, of course, knocked out our fragile broadband connections. What is noticeable is that these thunderstorms are mainly features of winter, not summer. 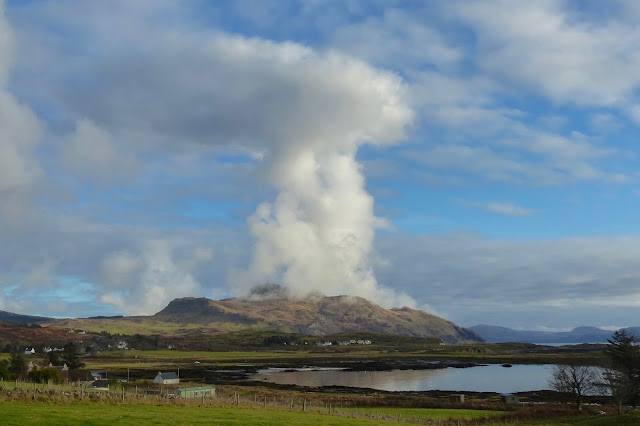 This is hardly a case of extreme weather but it is one of the strangest weather phenomena we have witnessed here, the whole of the summit of Ben Hiant appearing to be on fire. It wasn't: the sun had heated damp vegetation to the point where it 'steamed'. On a calm day the column of steam rose until it met an inversion, which caused it to spread out. 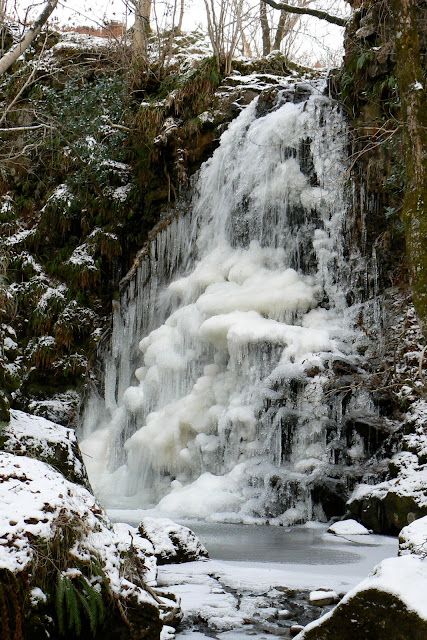 It hasn't happened for some years but there was a time when the burns froze in winter creating what our young daughter referred to as 'icefalls'. This one was on the Millburn, just upstream from the telephone exchange.


Many thanks to the Raptor for the use of his picture.
Posted by Jon at 15:46