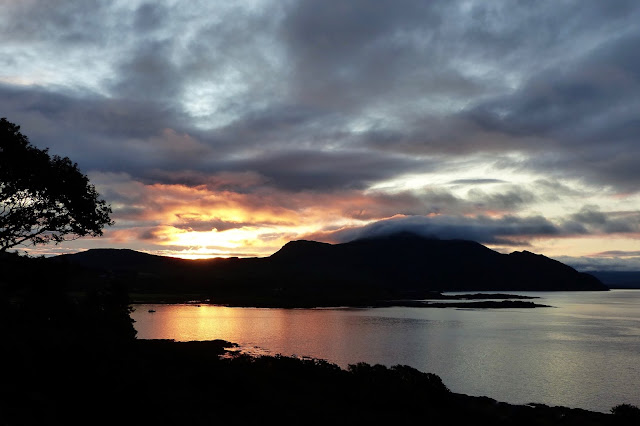 Sunrise, just before half past six this morning, promised well for the day so we set off for a walk early.... 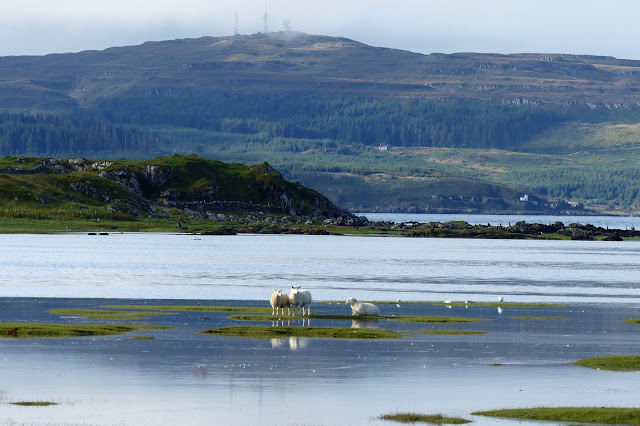 ....noting, as we passed along the edge of Kilchoan Bay, that some of the Kilchoan sheep had managed to get themselves marooned by the rising tide, something which happens not infrequently. 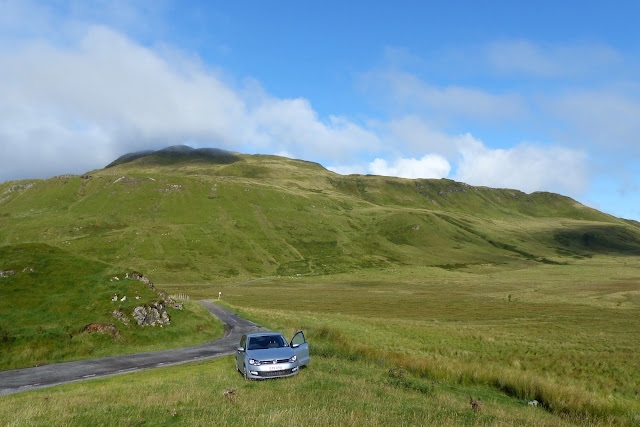 We left the car at the side of the road at the bottom of the Basin and walked down towards the abandoned clachan of Bourblaige. 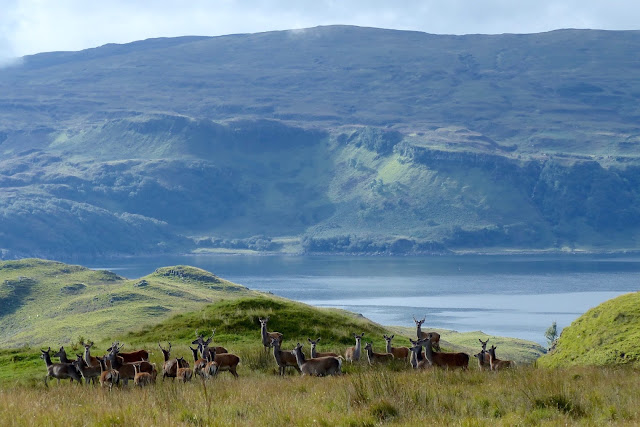 On the way we saw no fewer than five herds of deer, one numbering around 80, the others smaller. Four of the herds, like this one, were mixtures of stags and hinds, one was exclusively stags. 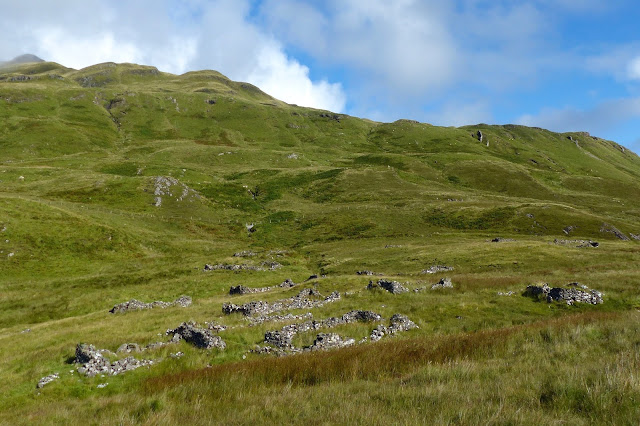 Bourblaige was cleared of its inhabitants in 1828. Before that, at any one time it was typically inhabited by six to eight families, each living in a farmstead including one or more dwellings, byres, store rooms and kale yards but.... 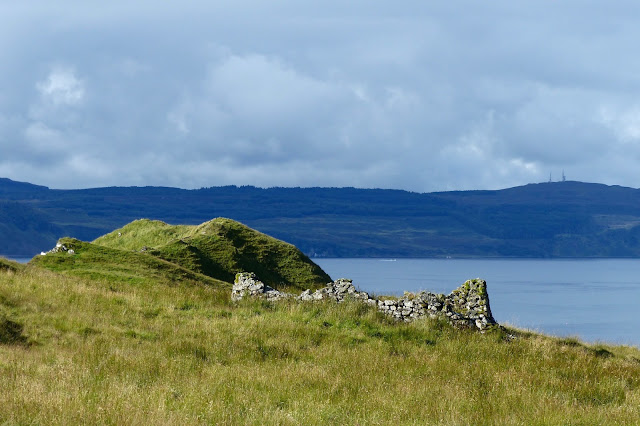 ....some of the buildings seem more isolated. The small dwelling near the bottom of the settlement, which has a yard round it but no other buildings, has been identified as a cottar's cottage. 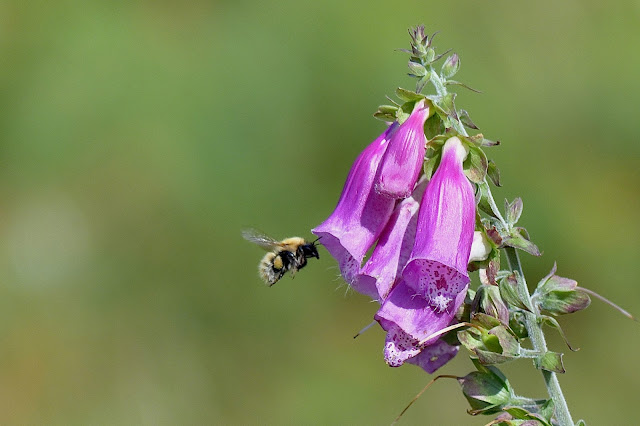 It's still summer. The last of the foxgloves are in flower but there's more than a hint of coming autumn.... 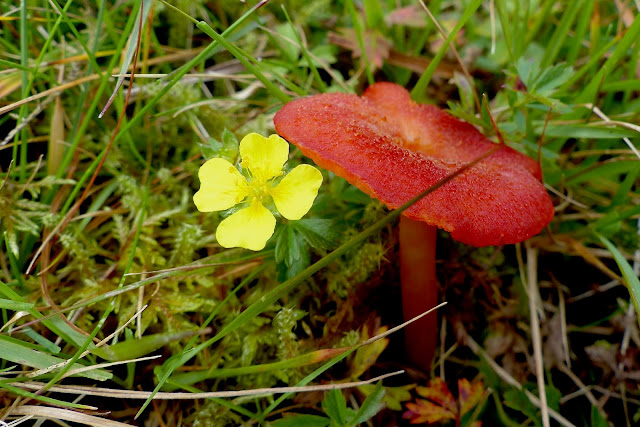 ....in the fungi. The small, four-petalled flower is the lovely tormentil, and the fungus is one of the waxcaps. 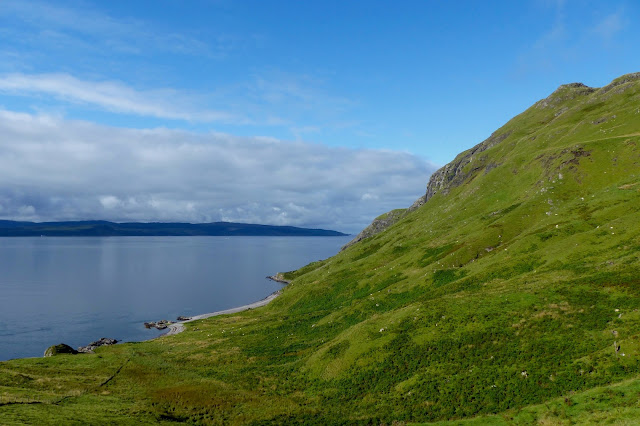 We walked on through the settlement and down to the beach. This is one of the best places.... 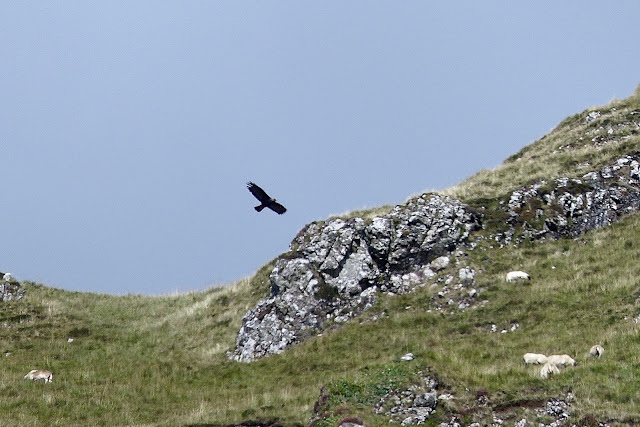 ....for spotting golden eagles, and one duly obliged, soaring over of the crags high above us, ignored by the sheep. Soon after, two sea eagles came from the direction of Camas nan Geall, flying fast and low, passing us too quickly for a photograph. 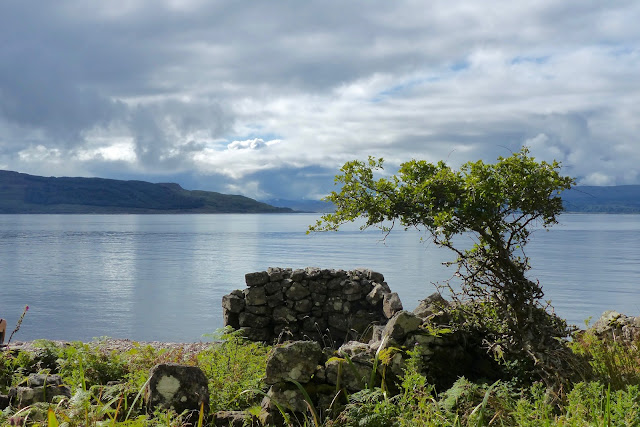 We wanted to spend some time, on this still, peaceful morning and on what will probably be our last long walk on Ardnamurchan, on the lonely beach below Bourblaige. We've lost count of the number of times we've sat next to one of the two abandoned dwellings right on the shingle. We now know that these are post-clearance, perhaps built by two families which, unlike all the others, were allowed to stay on Bourblaige land as long as they were well away from the old clachan site. They didn't stay there long - see the entry describing post-clearance farmsteads on AHHA's website here.
Posted by Jon at 17:02