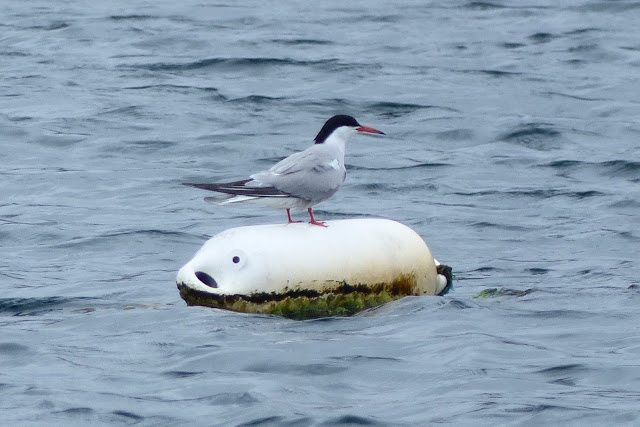 Among the many spectators at Regatta Day yesterday was a small group of common terns. They didn't seem the least bothered by all the noise and splashy action, sitting on the buoys and allowing Hughie, in the rescue boat, to approach quite close before they took off. 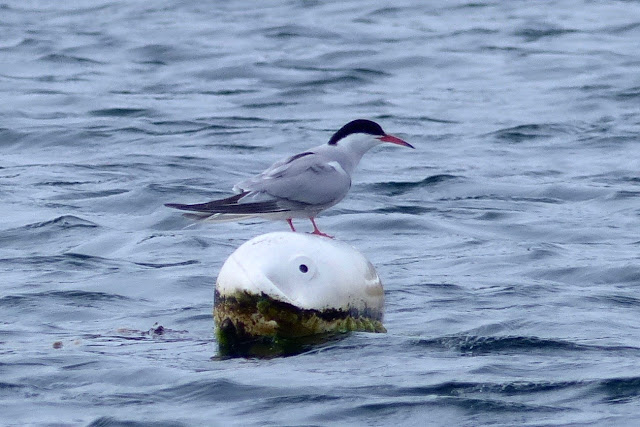 These are remarkable birds. They're sometimes, very appropriately, called sea swallows because, like the swallows, they undertake a great migration every year, but while the swallows fly as far as central Africa, the sea swallows spends their 'winter' along the Atlantic coasts of Africa and South America. Most travel just south of the Equator but individuals have been known to wander much further: one ringed in Sweden was found dead on Stewart Island, New Zealand, five months later, having flown an estimated 15,000 miles. 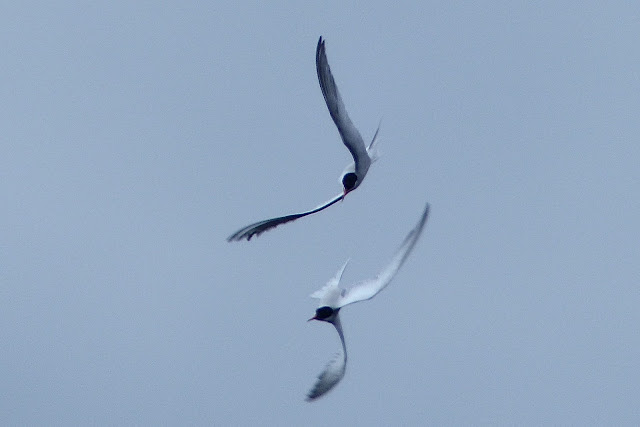 They're beautiful birds to watch, putting on a spectacular display of noisy aerobatics - as if to amuse the crowds between the races.
Posted by Jon at 16:01