From our Perambulator Correspondent: 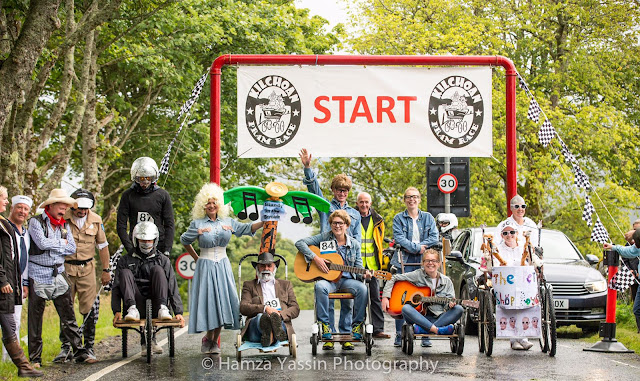 This year's Pram Race theme was Pop Stars and we managed to get the full range from Justin Timberlake to Dolly Parton via the Spice Girls and the Village People (more of them later!). There was a really good turn out of spectators who gathered to see the competitors zoom off from the start or to cheer them along the way and was much appreciated as the legs began to tire on the last push up the hill to the finish line. 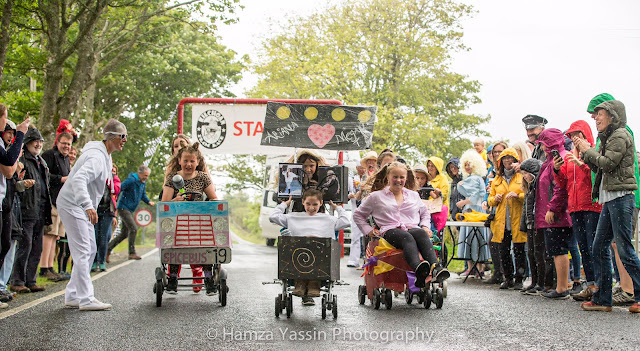 The Junior Race saw an excellent set of prams and fancy dress, we had most of the Spice Girls, Ariane Grande and Justin Timberlake with Holly & Isla crossing the line to claim first prize in the race with Edie taking best fancy dress and Holly & Isla getting the prize for the best pram. 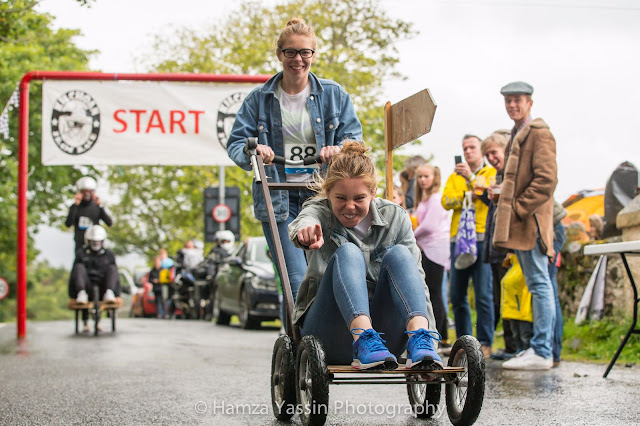 There were five entries for the Adult Race including a double set of The Proclaimers, Daft Punk, Dolly Parton & Kenny Rogers and the Pet Shop Boys. With the competitors switching to wet weather tyres to match the conditions they were introduced by MC Ricky (not a pop star) and sent on their way. 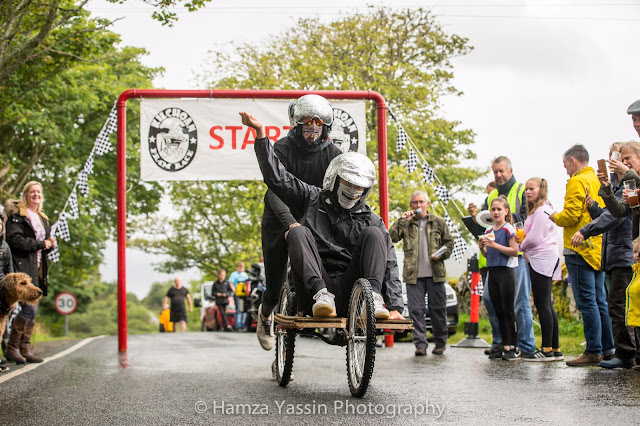 First over the finish line were the team from France, Alex and Alexis as Daft Punk in a blistering time of 11m 5s, closely followed by Katie & Lauren as one set of The Proclaimers and shortly after the fantastic team of Rosie & Morven aka The Pet Shop Boys crossed the line to claim third. 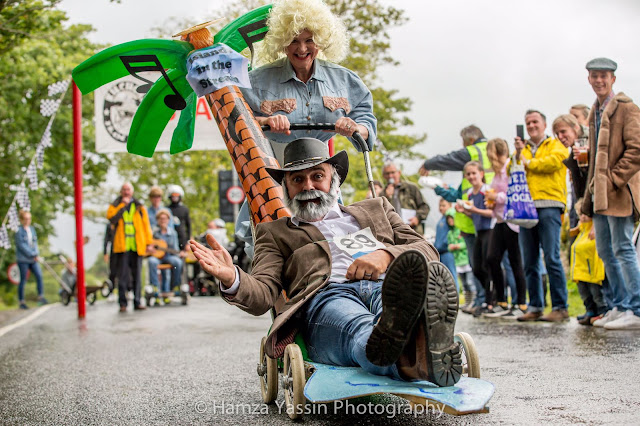 When it came to the fancy dress it had to be Kenneth and Gayle for the prize, a most impressive effort. Rosie & Morven's pram took first prize with the judge being impressed at the detailing of the design. 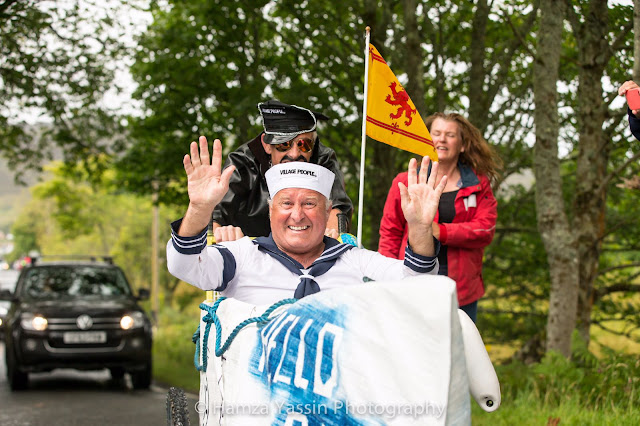 Then it was the turn of Johnny Watson and the rest of the Village People to be the sole entry in the Senior Race. With most of the competitors being built for comfort rather than speed they got plenty of cheers as the completed the short course to the church and back. This is certainly a category the organisers wish to repeat so those who are still young at heart - get building your prams! 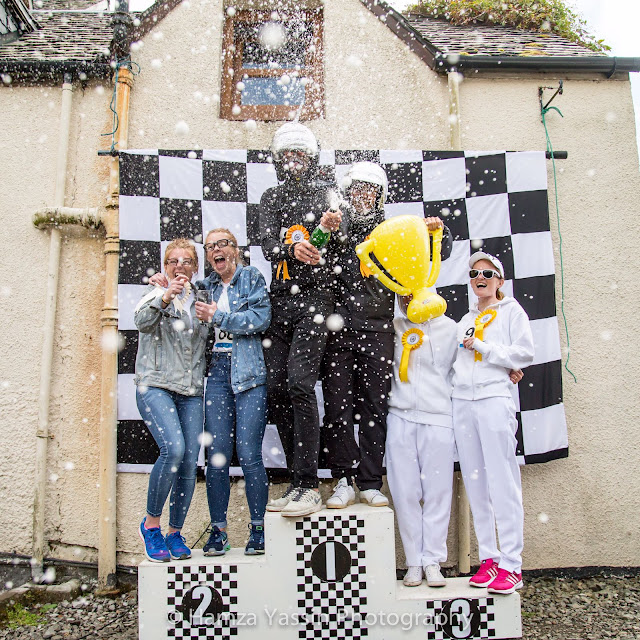 The organisers would especially like to thank Marine Harvest for their kind sponsorship of the event and for everyone who helped to make the day such a success.... 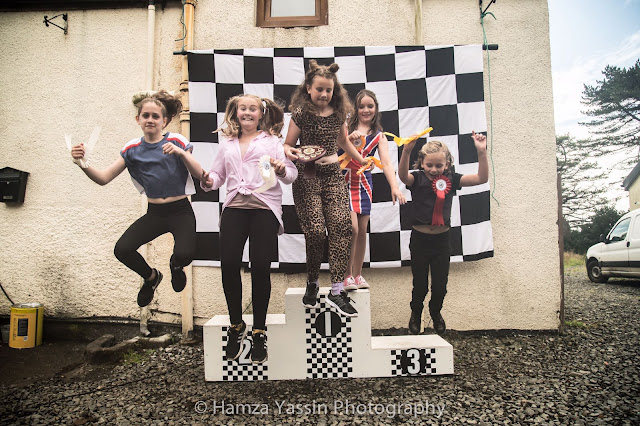 ....which raised a huge £710 for the Jetty Association and will help towards further repairs.

Many thanks to Hamza Yassin for the photographs - hamzayassinphotography
and Chris Gane for the report.
Posted by Jon at 12:37