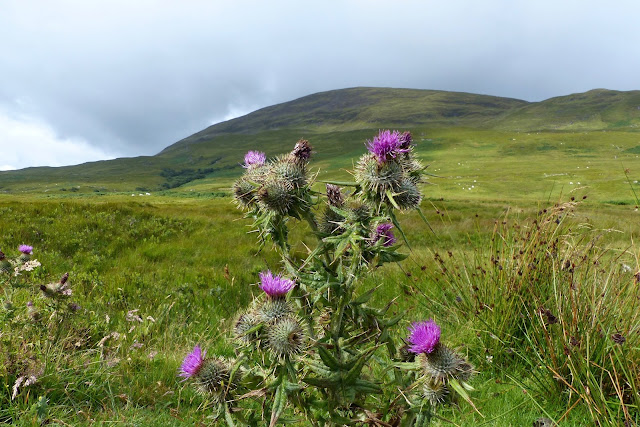 When there has been heavy rain, and it isn't a day for the hills, we'll walk along one of the more remote roads. So a few days ago we left the car where the Kilmory/Ockle road crosses the Achateny Water and continued along the road, going through Branault and.... 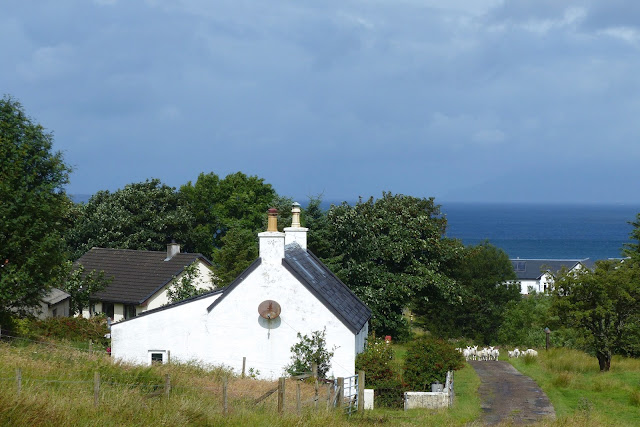 ....passing the turn down to Kilmory, along which a flock of recently-shorn sheep was making its way. 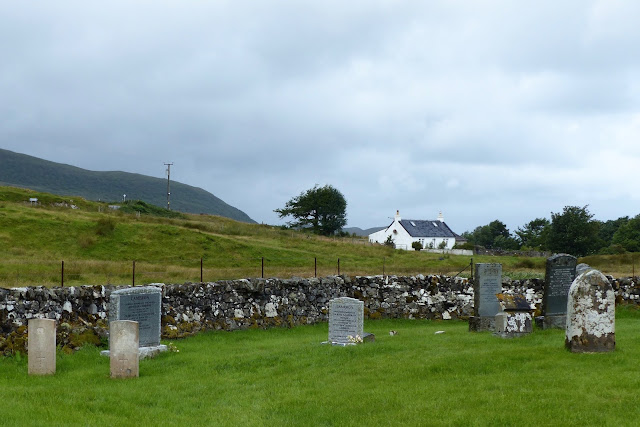 We stopped off at the Kilmory graveyard to pay our respects to two people we'd known who are buried there, and to stand silent for a few moments at the two war graves, at left, both of unknown merchant navy personnel washed up on the coasts of Ardnamurchan, one in August and the other in December 1940. 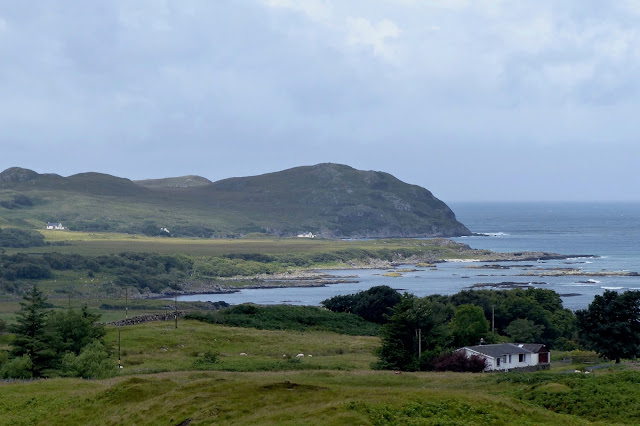 This view is from the east of Kilmory, looking across the township's houses to Fascadale and Meall Bhuidhe Mor, with patches of sunlight scampering across the landscape. 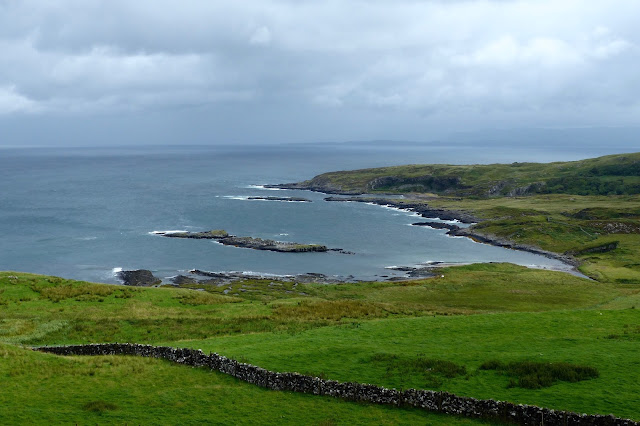 Further on, we came to the steep hill down to Swordle, where the white teeth of breakers were eating at the rocky coastline. On this side of the wall that runs across the foreground is the site of the clachan of Swordle Chorrach, cleared of its people in 1853 to make way for a sheep farm.

On the opposite side of the road from where this picture was taken.... 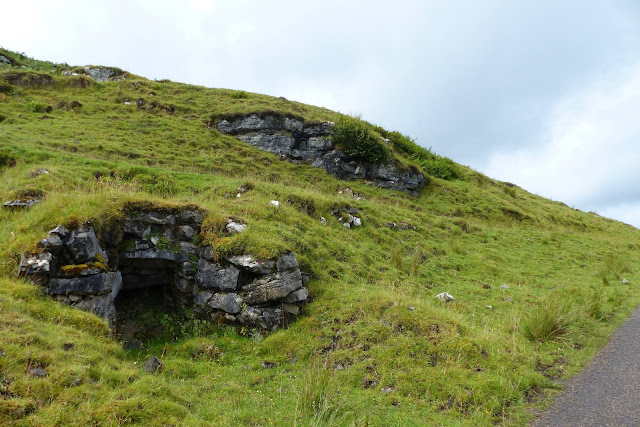 ....there's an old lime kiln. The Swordle community was fortunate to have an extensive outcrop of limestone which could be burnt for use both on the fields and for building. 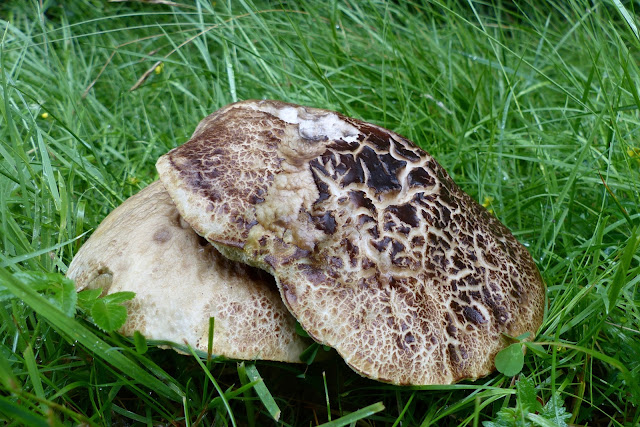 On our way back to the car we noticed, without too much surprise in view of the recent weather, these two large toadstools at the side of the road. They resembled a pair of breadcrust tortoises mating.
Posted by Jon at 10:26