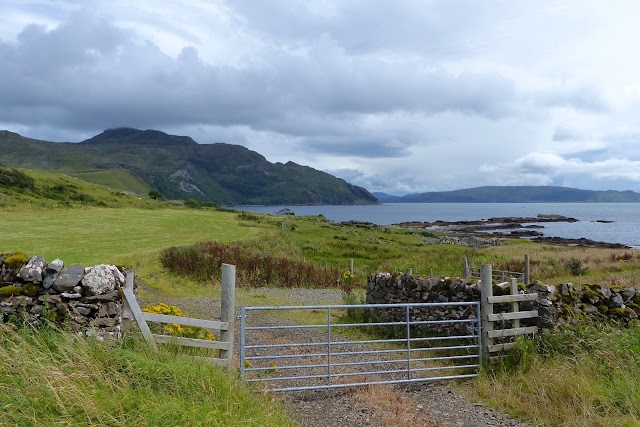 I had the very considerable pleasure of accompanying seven visitors from Texas for a walk along the track from Mingary Castle, where they were staying, to the cleared clachan of Choiremhuilinn yesterday to explore some of the many historical sites. These included, as well as the magnificent castle itself, the clachans of Mingary and Choiremhuilinn, the lime kiln used to make the special Roman mortar used in Mingary Castle, and Erikson's Cairn, a Bronze Age kerb cairn. 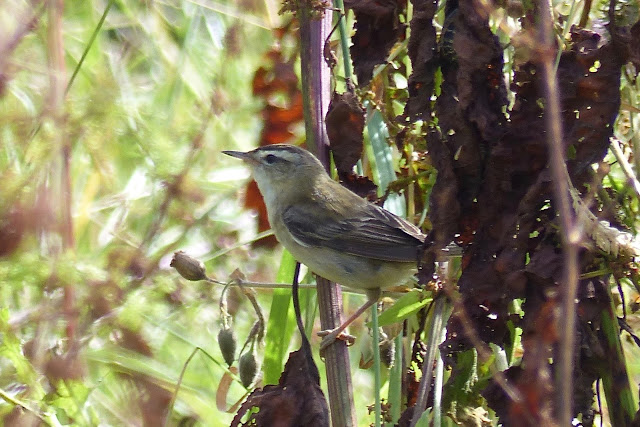 This area is also rich in wildlife. In the scrub just beyond the gate in the top picture I found this warbler, which I take to be a sedge warbler. When first seen it was holding a large, green caterpillar in its bill but, as it became increasingly excited by being disturbed, it either hurriedly swallowed the grub or dropped it. 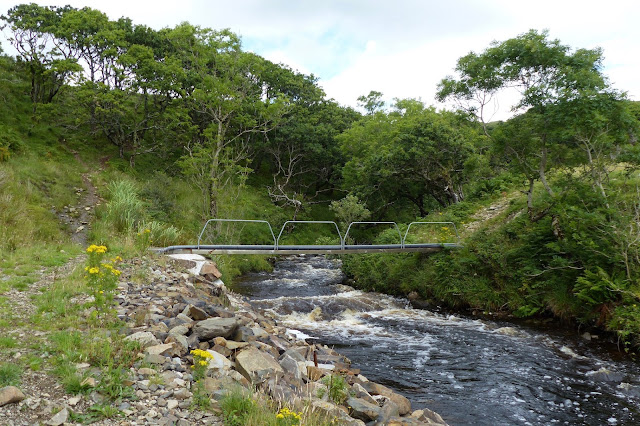 Nearer the Choiremhuilinn Burn, which is flowing peaty brown after the recent bouts of Kilchoan sunshine, the butterflies were out. The group that seems to have best adapted itself to our increasingly damp Julys is the whites, including.... 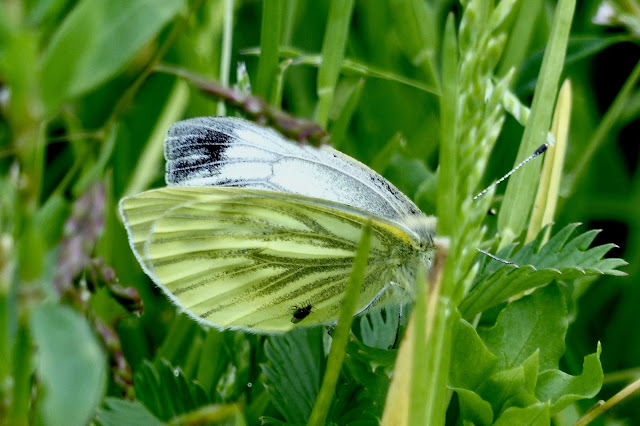 ....the green-veined white. They seem to be quick to exploit what may be only a few minutes of sunshine, though they are often only just able to fly. In its efforts to get airborne, this one kept crashing into the damp grass. 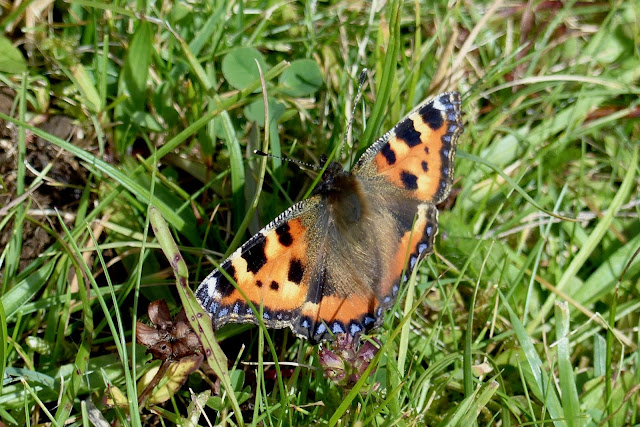 However, during a slightly longer period of warm sunshine the first lesser tortoiseshell of the year was in flight. That this species has been so difficult to find is a reflection of our changing climate: they used to be very common.
Posted by Jon at 15:24