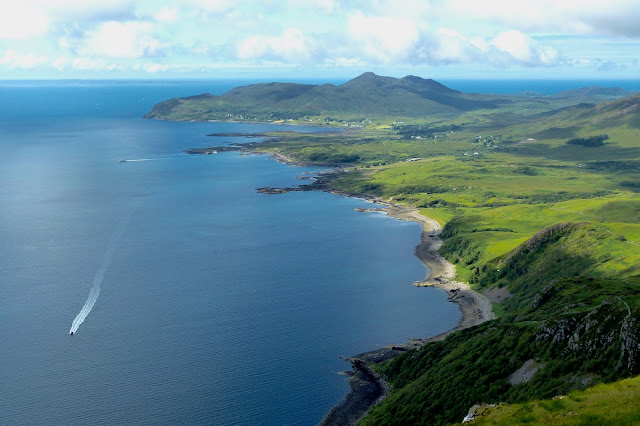 The summits of most of Western Ardnamurchan's hills offer magnificent panoramas, not least because the place is a peninsula so there are always combinations of land, sea and sky. This view is from the western slopes of Ben Hiant looking along the south coast towards Kilchoan. The hill in the distance is Beinn na Seilg. 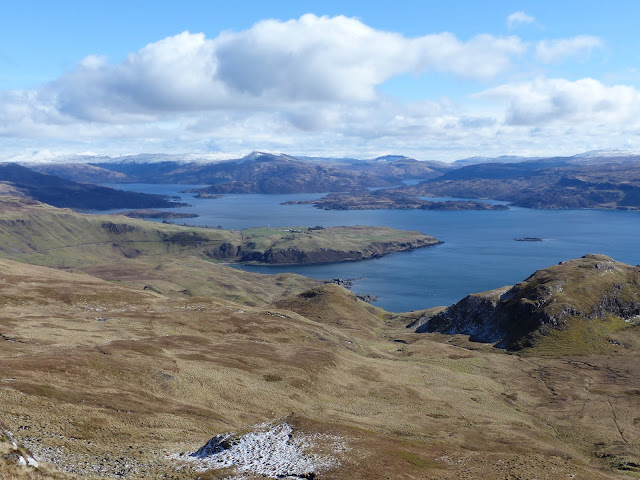 The view from the east side of Ben Hiant is equally spectacular. In this shot we are looking down to Camas nan Geall with Loch Sunart going away towards the top left and, in the centre, the smaller Loch Teacuis. The picture was taken on a fresh March day, with snow still lying on the shaded hollows and capping the hills of Morvern. 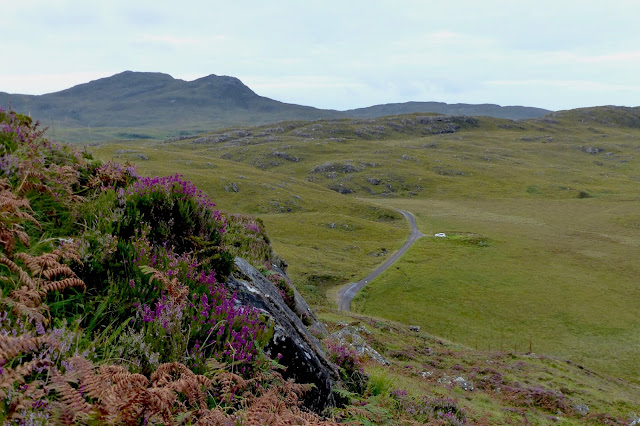 We may be busy packing but we're determined to fit in a few walks before we leave, so we left the house early and headed for the summit of Creag an Airgid. The bell heather has been in flower for some time but the ling is just coming towards its best.  The ben in the background is Beinn na Seilg. 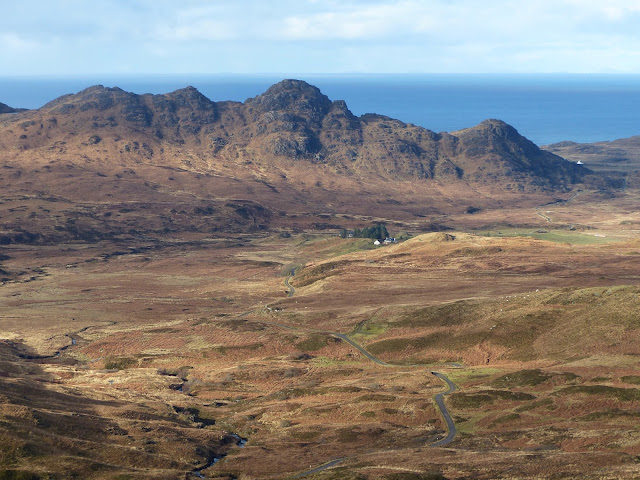 From the summit of Creag an Airgid this view looks towards Meall Sanna. The Kilchoan-Sanna road winds across a landscape which shows ample evidence of rig and furrow working - the so-called 'lazy beds' - which surround the ancient settlement of Achnaha, in the middle distance. 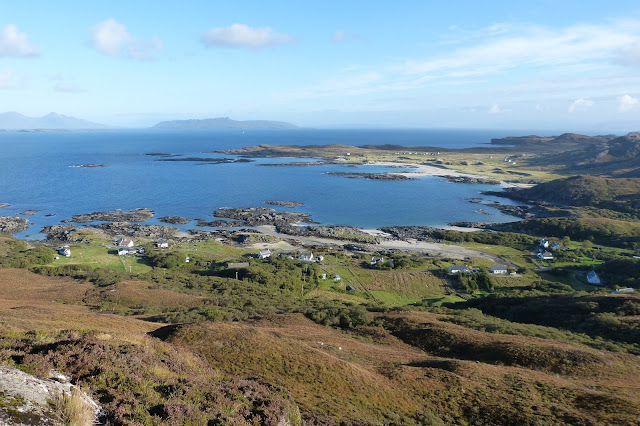 Portuairk, the centre of the universe, is laid out below Bheinn Bhreac, with Sanna in the distance and Eigg lying along the horizon. Families cleared from other settlements in the 1850s were sent to live in  Portuairk, creating crofts on land which had been little-used before. Today, most of the houses are holiday homes. 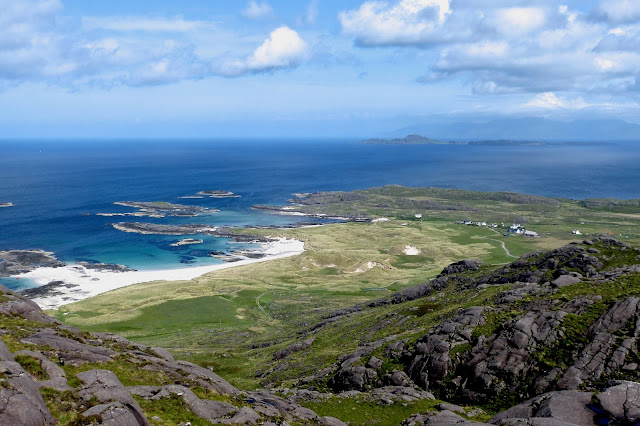 No selection of pictures of the western end of Ardnamurchan would be complete without a picture of the white sand bays of Sanna. This shot was taken from the summit of Beinn Dubh, the black hill, with Muck along the horizon and, faintly visible beyond it, Rum. 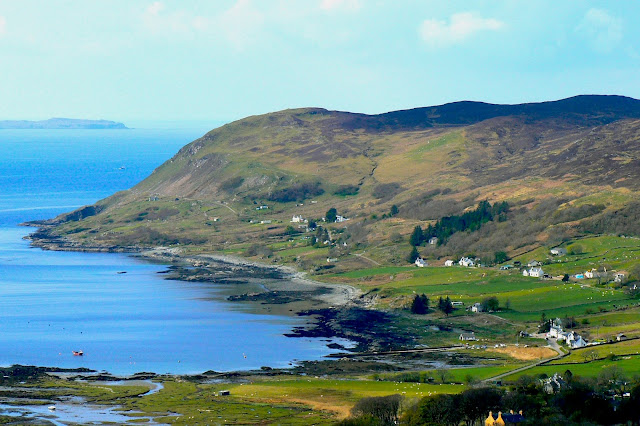 This panorama, taken from the summit of Glas Bheinn, looks down on Kilchoan Bay around which are clustered the houses of the three crofting townships of Kilchoan, Ormsaigmore and Ormsaigbeg. It's special because, at the centre of the picture, is the house we've lived in the last few years and which, very shortly, we'll be leaving.
Posted by Jon at 12:34