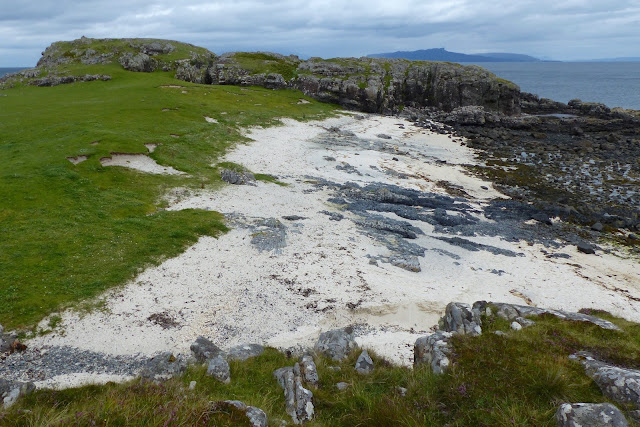 It has a Gaelic name, and I'm sure it had a Viking name and a Pictish name before the Gaels arrived, but we've always know this as the shelly beach. It lies on the coast to the north of Sanna, the crag beyond it being Dun Bhain. The Royal Commission on the Ancient and Historic Monuments of Scotland describe the dun as a promontory fort of an 'unassigned period', though we are quite sure it is Norse. 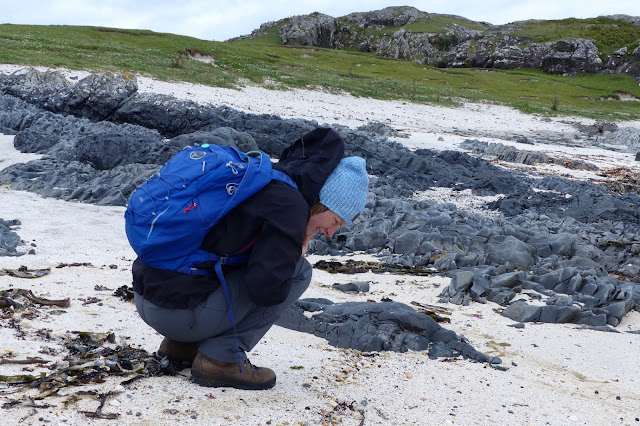 The sand has a different texture to the sands at Sanna, being rather more coarse, but it's special in that it hosts a huge range of sea shells which, every time we come near the place and whatever the weather and however old or young we may be, we spend time searching through. 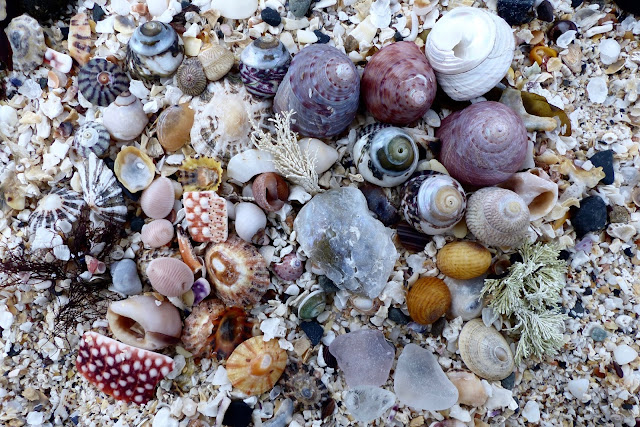 So there are cones and periwinkles - called 'wilks' locally - limpets and oysters and bits of sea urchins and turrets and dried algae bits of sea glass and many more we can't identify, but the shells we most enjoy finding.... 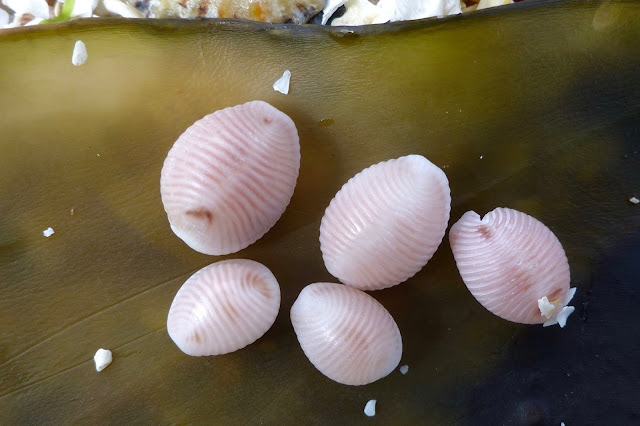 ....are the tiny cowries, Trivia arctica. 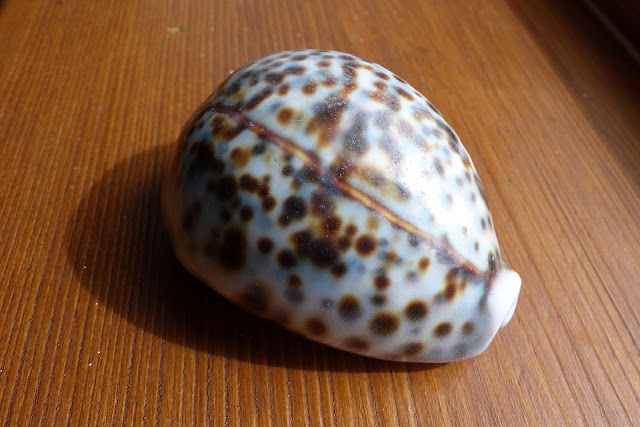 My affection for cowries goes back to the time I was a small boy living on the coast of East Africa, where it was possible to swim out from the coral sand beaches and, amongst the waving sea grass, pick up leopard cowries - this one is about 3" long. 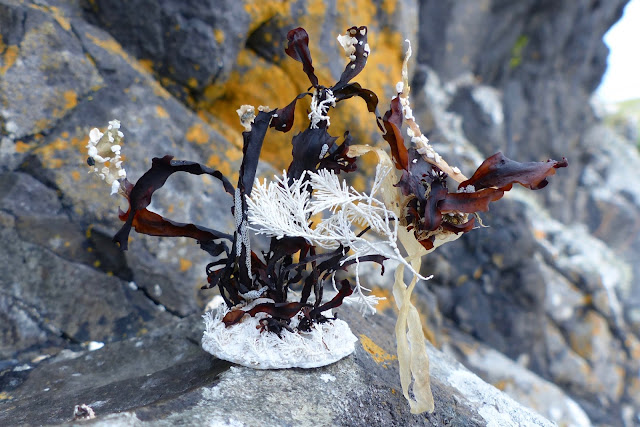 On our recent visit Mrs Diary found something rather special - a delicate, natural sculpture which consisted of a variety of seaweeds growing on top of a calcified limpet shell.
Posted by Jon at 15:15