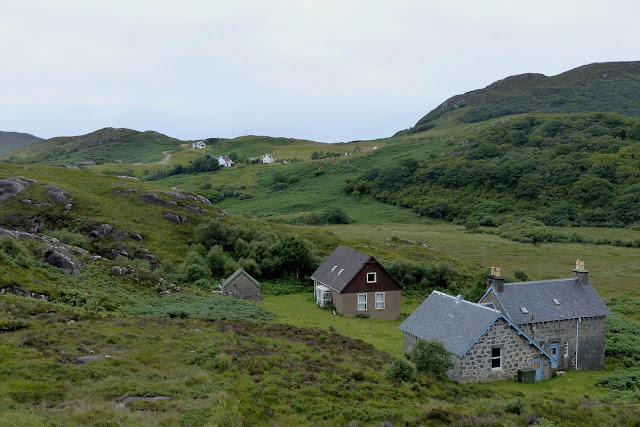 A walk from the turn onto the Achosnich school house track just past Sonachan Hotel to the summit of Meall Sanna offered views of six of western Ardnamurchan's crofting townships. This picture shows the first, Achosnich, with, in the foreground, the school which once served the children of all six townships. 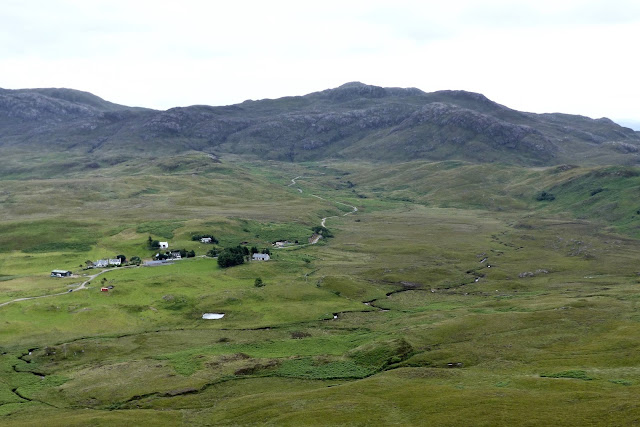 The old school house track running northeast passes through the narrow gap called Bealach Ruadh on its way to the second township, Achnaha. It was also through this gap that the schoolchildren walked who lived at the much more distant township of.... 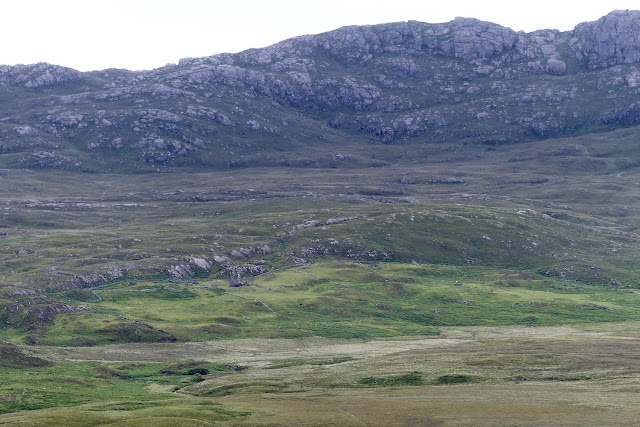 ....Glendrian, almost on the far side of the bowl of land formed by the outcrop of the Ardnamurchan volcanic intrusion.

Achosnich, Achnaha and Glendrian have in common that they are very ancient settlements dating back in the written record to the early 17th century but probably far further back in history. 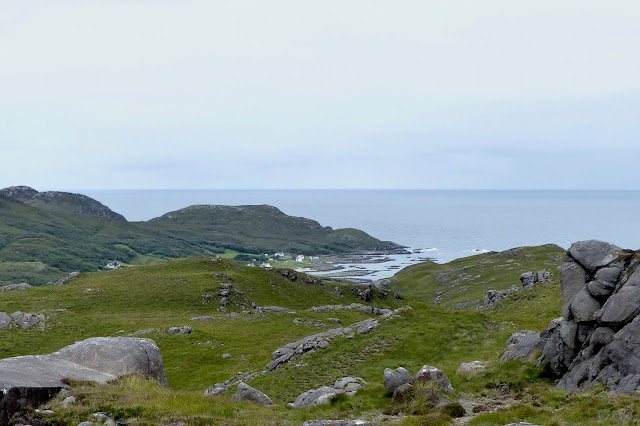 Portuairk, by comparison, is a relatively new invention, dating back to the mid-nineteenth century and the time of the clearances, when it was developed by families who had been removed from villages to the east. It seems to have been an overspill settlement.... 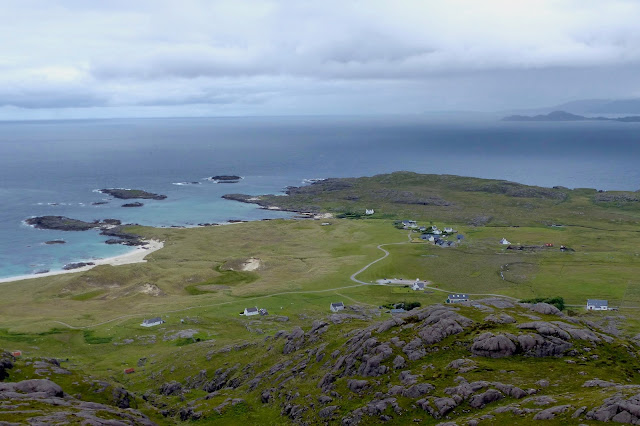 ....when Sanna filled up. Sanna differs in that it did have a single recorded building in 1806 before the clearances started. 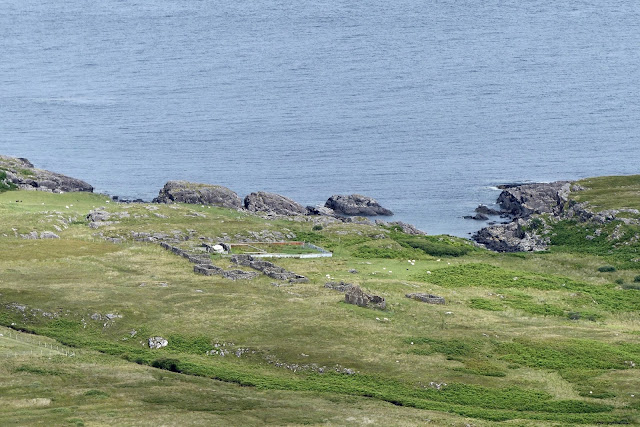 This is the youngest settlement, Plocaig, built some time around 1850, also as a destination for families cleared from places like the Swordles.

While Achosnich, Achnaha, Portuairk and Sanna survived as crofting townships and, more and more today, holiday home resorts, Glendrian and Plocaig died and are today deserted except for the cause of the clearances: sheep. 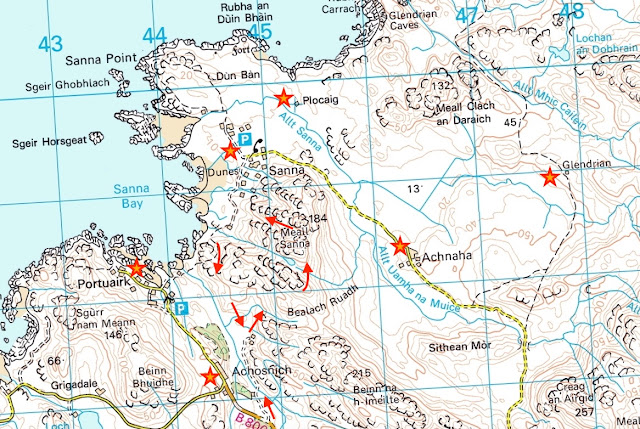