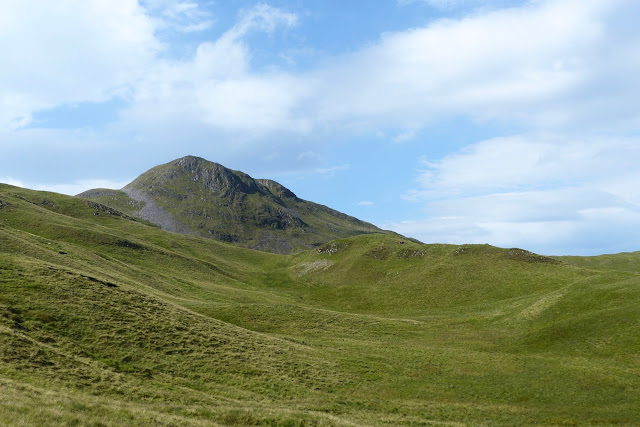 I love open landscapes, which is one reason why we've lived so happily for over twenty years on western Ardnamurchan.

One of my favourites is this area of rolling grassland bounded on the south side by the long ridge which includes the Ben Hiant summit - pictured - and to the north by.... 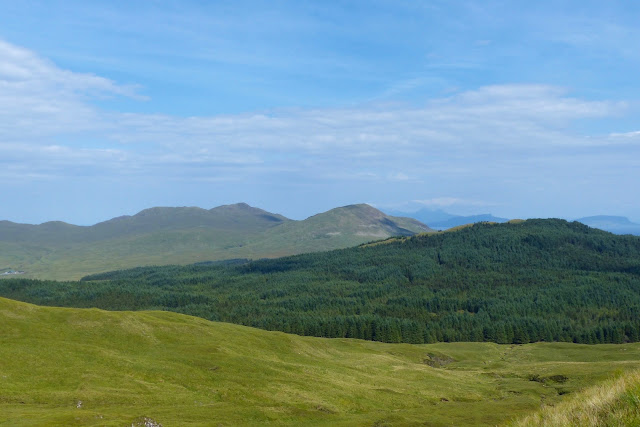 ....the Beinn nan Losgann forestry, seen here with Beinn an Leathaid and Meall nan Con beyond.

If I love walking in open scenery, I equally dislike walking through forestry. There's something dark and sinister, something oppressive about these coniferous woodland. From outside, they're like an invading army marching towards you, swallowing precious open-ness. 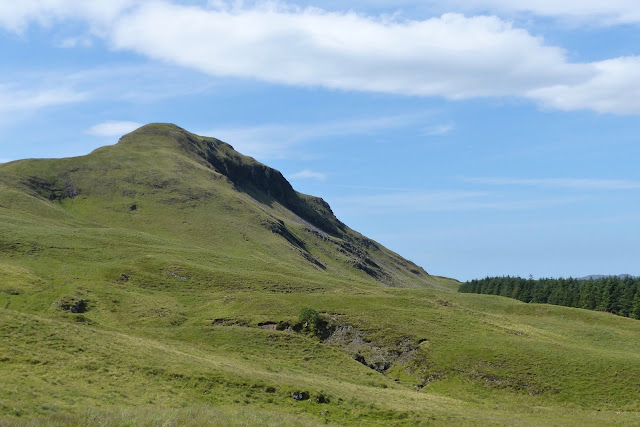 To the east the grassland is bounded by the B8007, and to the west by Beinn na h-Urchrach, above. 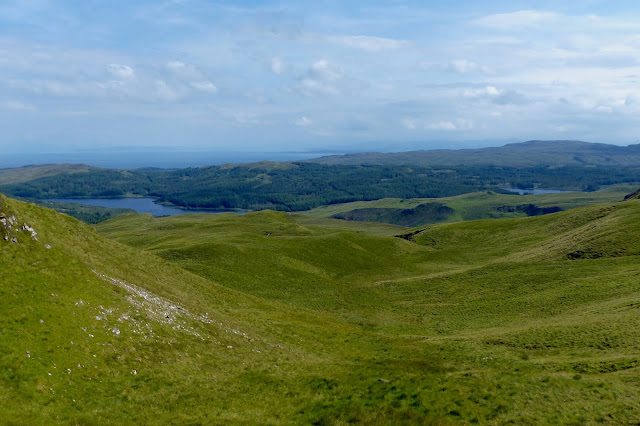 Although it's so open and relatively easy walking, with wide views to Loch Mudle and the islands to the north of Ardnamurchan, it's not visited by many humans - in fact, I don't think we've ever met anyone in all the times we've spent there - while the track along the Ben Hiant ridge, which looks down on part of the area, is well-used as it's the easiest route to the summit. 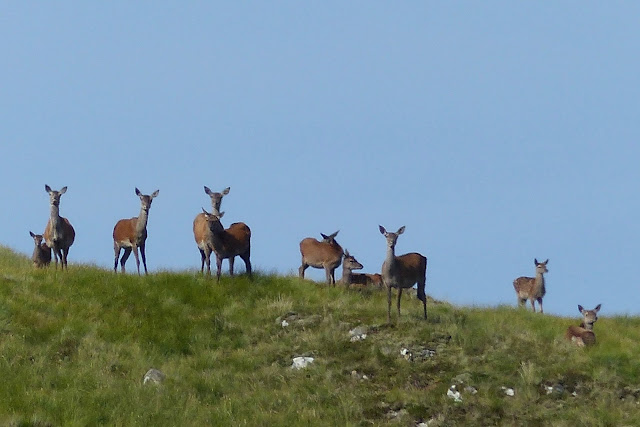 However, one never feels lonely because it's home to several herds of red deer. They're inquisitive creatures, very happy to watch as long as one doesn't approach too close or disappear from view. 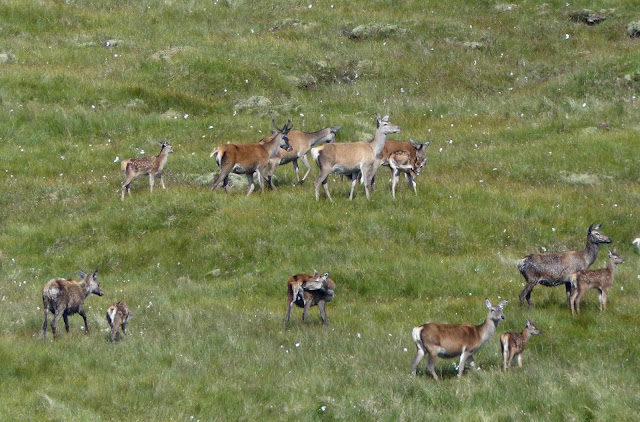 At this time of year the hinds have young at heel so they're a bit more nervous. We noticed, however, that this was a mixed herd, with some younger stags in velvet. 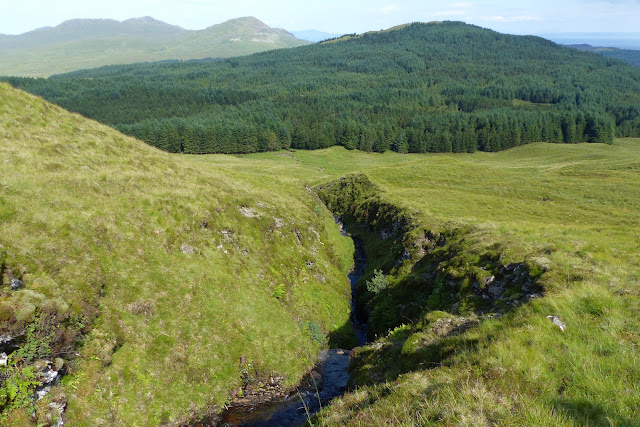 It's also an area steeped in history. This is Glac na Toiridh, the hollow of the race or pursuit, a small glen which runs around the east end of Beinn na h-Urchrach and was the site of a daring escape - full story here.
Posted by Jon at 12:24