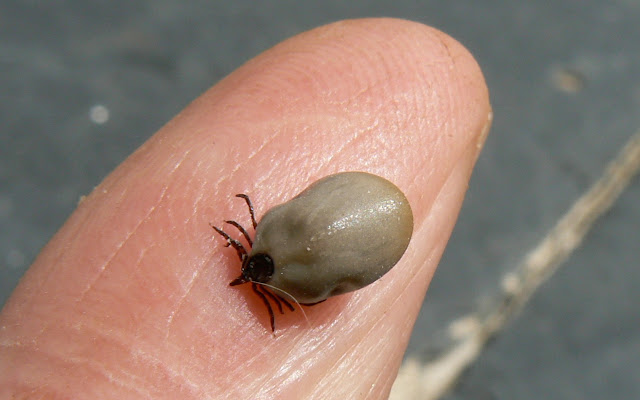 We have been on very intimate terms with some of the local insects. Having always assumed that ticks are only carried by animals such as deer and sheep, we discovered that birds must also carry them, which explained why we collected so many while picking raspberries in our vegetable patch. 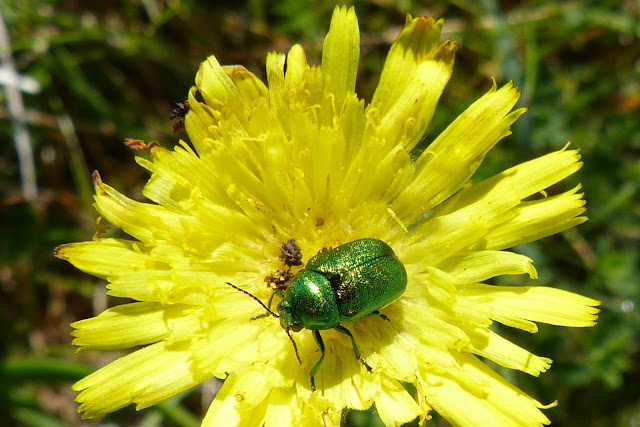 Ticks aside, photographing insect life has been both challenging and rewarding - simply because, to obtain a good picture, one has to get close, very close, without disturbing the subject. 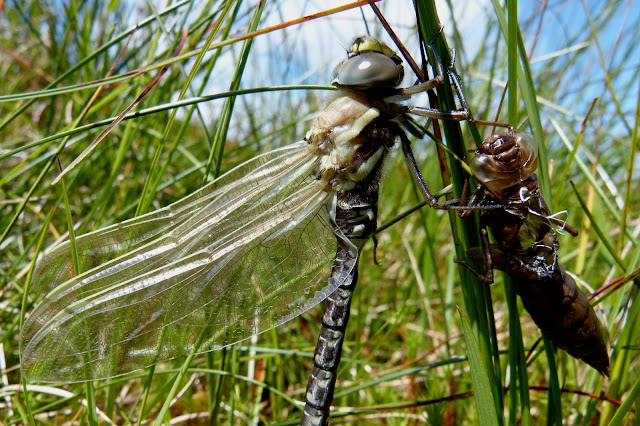 Some encounters with the insect world were particularly exciting, including watching a golden-ringed dragonfly which had just emerged from its nymph. 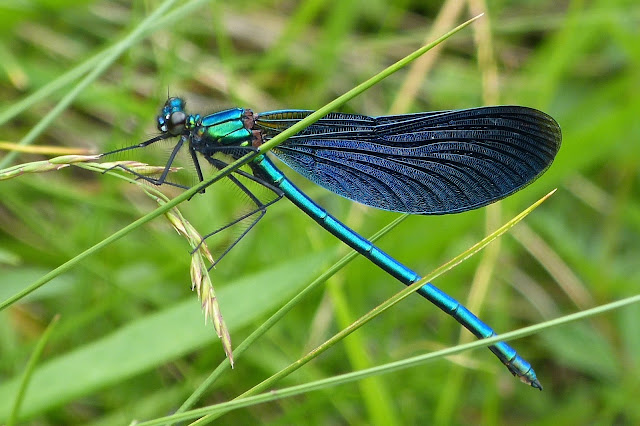 As time passed, we found more and more species of damselfly, usually along the banks of the many burns and lochans. This is a male beautiful demoiselle. 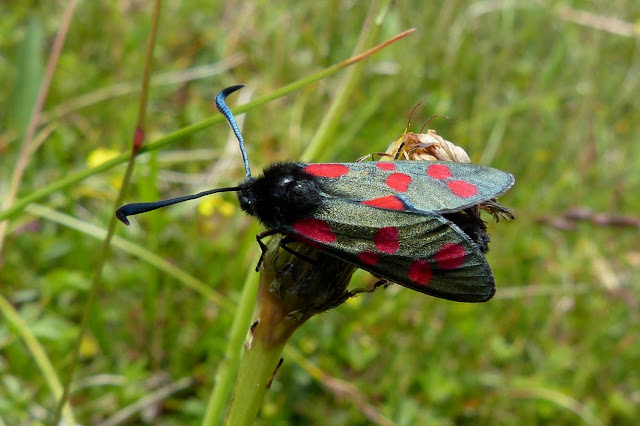 I hadn't appreciated, until I first found a six-spot burnet, that some moths are day-flying. Although this species is the most common here it is far from common, and I never managed to find the other local species, the transparent burnets that are supposed to frequent Sanna. 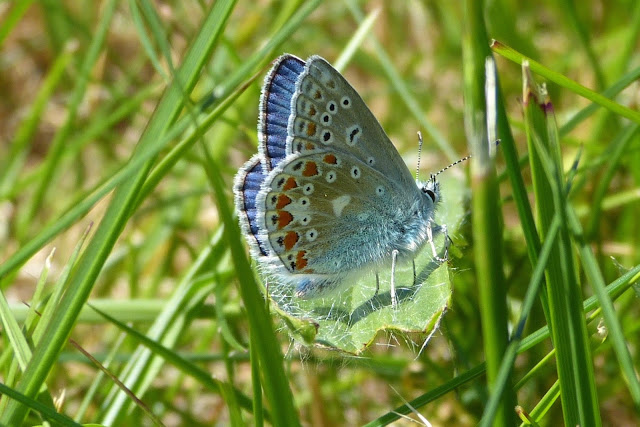 Of all the insects, the butterflies have been the most rewarding. The western end of Ardnamurchan is fortunate to have a wide variety of species, including the common blue, but their numbers of all species appear to me to have declined, possibly because of the recent run of damp summers. 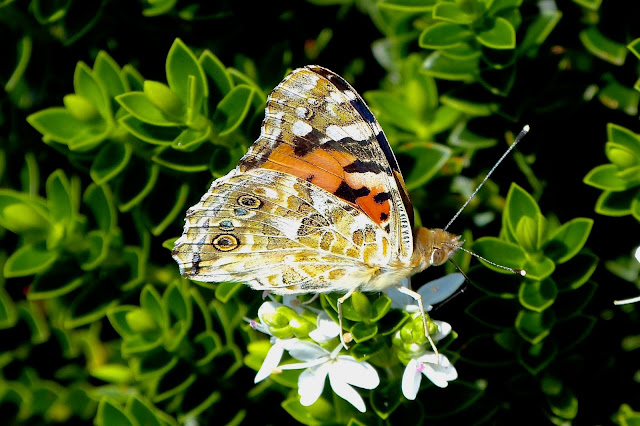 My favourite butterfly became the painted lady, which is not common here but which has the most gorgeous colouring on the undersides of its wings.
Posted by Jon at 20:25