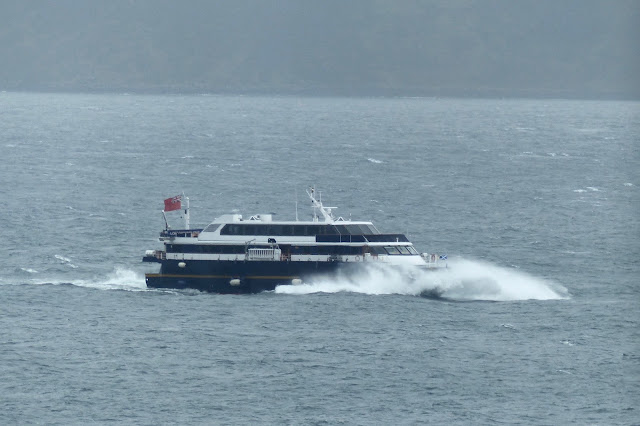 There's almost always a ship or a boat out in the Sound at any time of day or night, and we have spent hours over the years watching them from our house. The Lord of the Glens, a small cruise ship which is more at home in the Caledonian Canal and rarely ventures out beyond the protection of the Sound, came by on Saturday and was determined to get to Eigg whatever the weather. 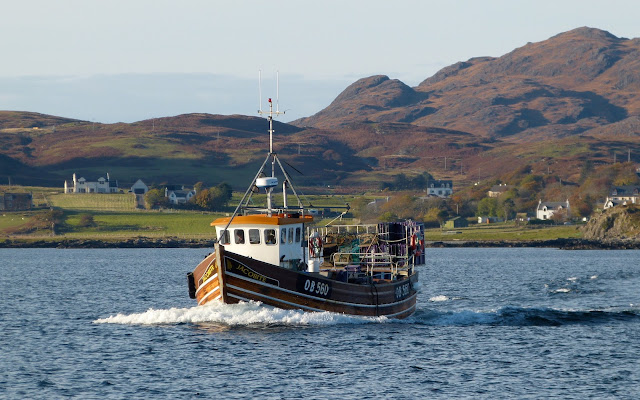 We've seen innumerable fishing boats but the two which have always impressed us, for how hard their crew work and also for how beautifully they are maintained, are the two Maclean creel boats which work out of Tobermory. This is the Jacobite with some of the houses of Ormsaigmore and Kilchoan behind her. 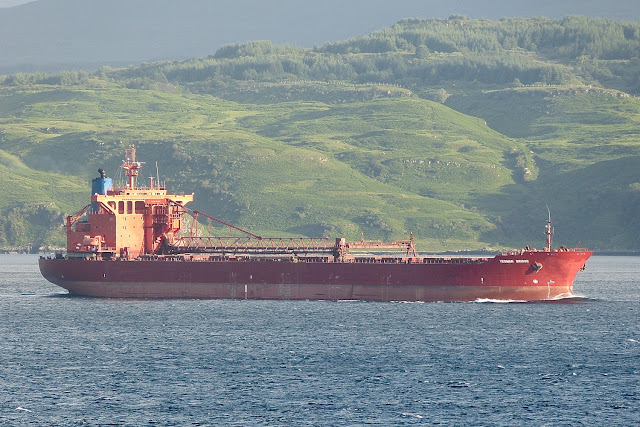 Every sort of cargo ship has passed us but, perhaps because they are so large and we see them often on their way to and from the Glensanda quarry, their representative in this post is on of the Yeoman ships, the Yeoman Bridge. 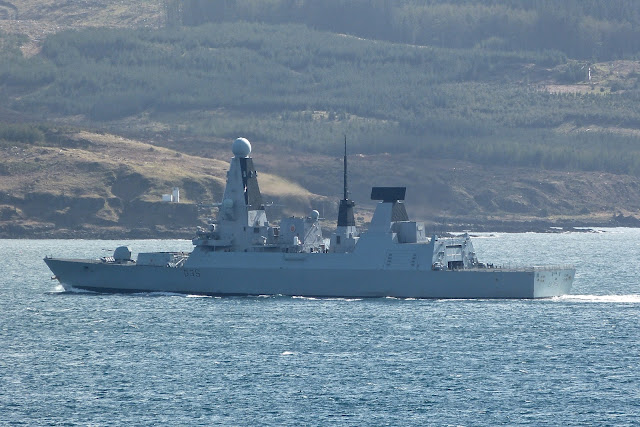 Warships also pass us, particularly during the twice-yearly Joint Warrior exercises, and they come from all the NATO countries. While this is one of the Royal Navy's new Daring class destroyers, HMS Dragon, we've also.... 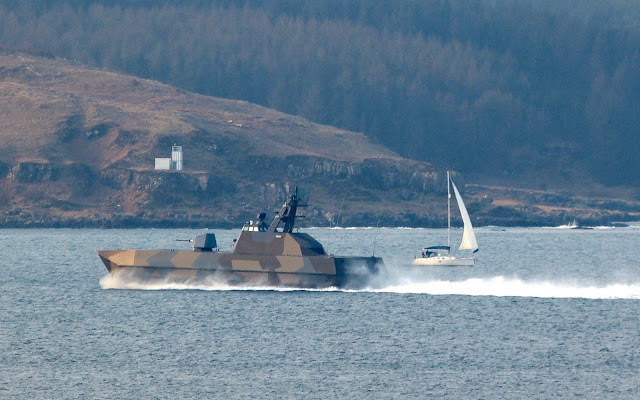 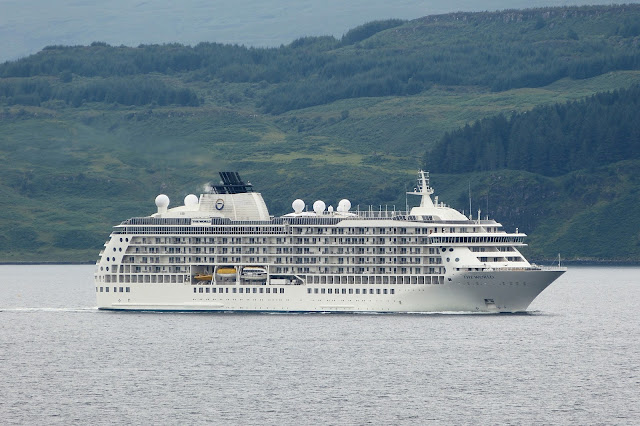 During the calmer months a variety of cruise ships, large and small, pass through the Sound, some of them stopping in Tobermory so their passengers can enjoy the sights of Mull. This one didn't stop. She's the World, one of the largest cruise ships afloat. 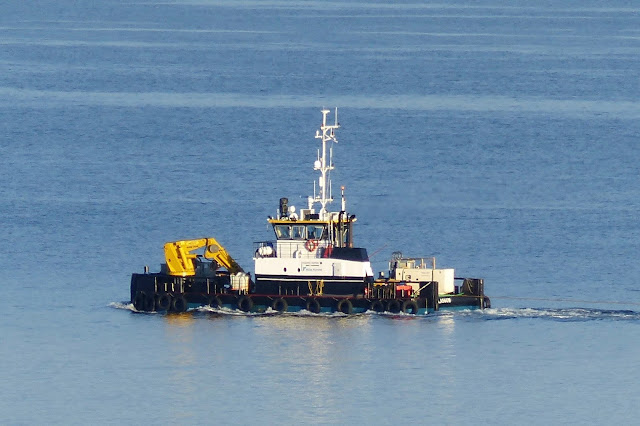 I love these busy little work boats. They're like floating Swiss army knives. This is Coastal Hunter. 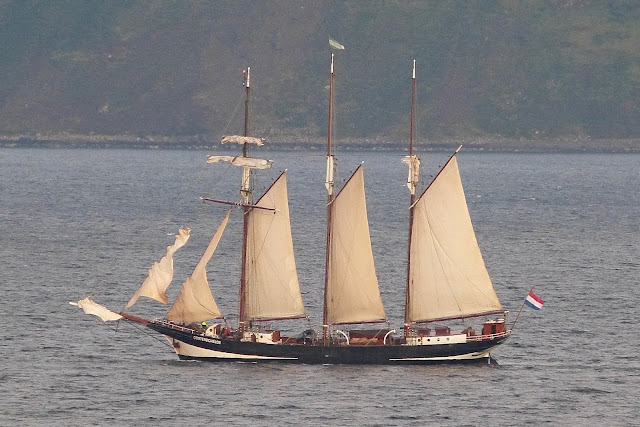 The most elegant ships afloat are those under sail, and it has been good to have seen so many over recent years. This is the Dutch ship Oosterschelde. 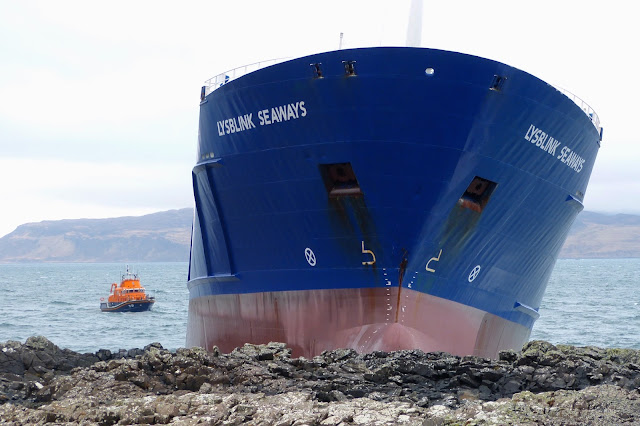 It's been exciting watching the ships sail past but the most exciting of all was the one that meant to, but didn't sail past - the Lysblink Seaways which, in February 2015 missed her waypoint and came ashore by Mingary Pier. She's seen here late on the morning she struck, with the Tobermory lifeboat in attendance.
Posted by Jon at 18:02