Yesterday Evening at the Lighthouse 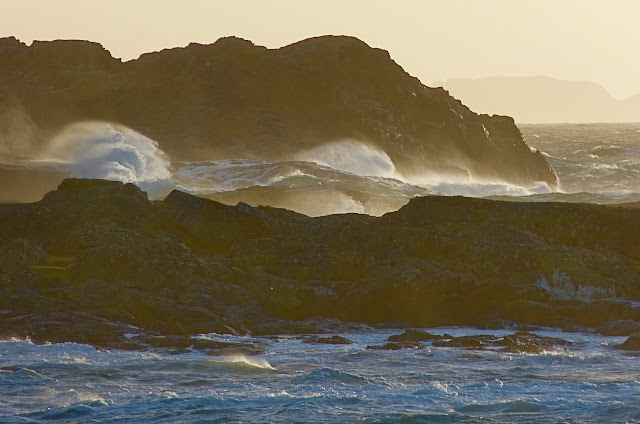 The wind was brisk on the protected southern side of the Ardnamurchan peninsula yesterday.  To see its full force required a trip to the lighthouse.  This picture looks across from the lighthouse road to Corrachadh Mor, the most westerly point on the British mainland, which was receiving the full brunt of the Atlantic's rollers. 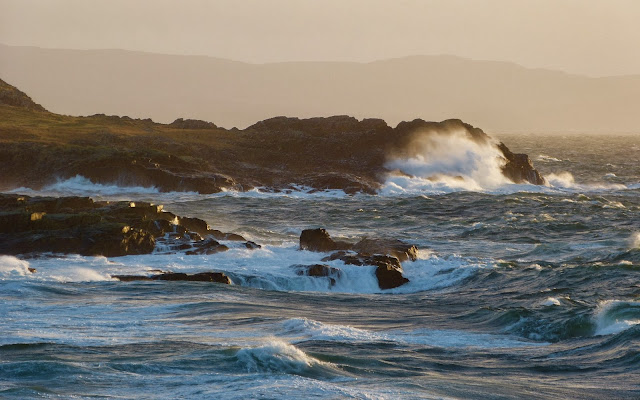 The bay just to the south of the lighthouse was a maelstrom of white water, the waves flattened by the force of the wind except where they exploded against the dark cliffs. 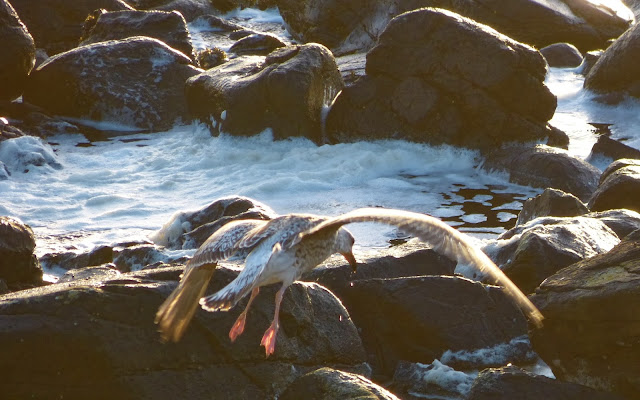 The winds and the flying spray didn't bother the local seagull population, who were seizing the opportunity to search for anything edible amongst the froth washed up by the sea's fury.
Posted by Jon at 06:00