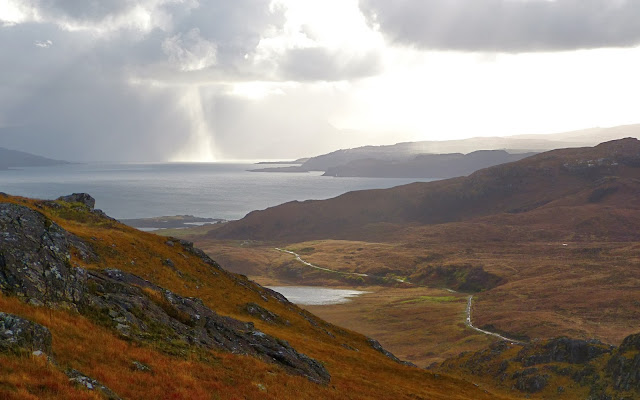 With Yr.No forecasting a fine morning we set off for a walk in the hills, even though the reality of the skies around us seemed to suggest that we would probably get pretty wet at some point.

We've walked over most of West Ardnamurchan now, so sometimes it's quite difficult to decide where to go that's 'new', so we drove out along the Portuairk road looking for something that looked interesting. 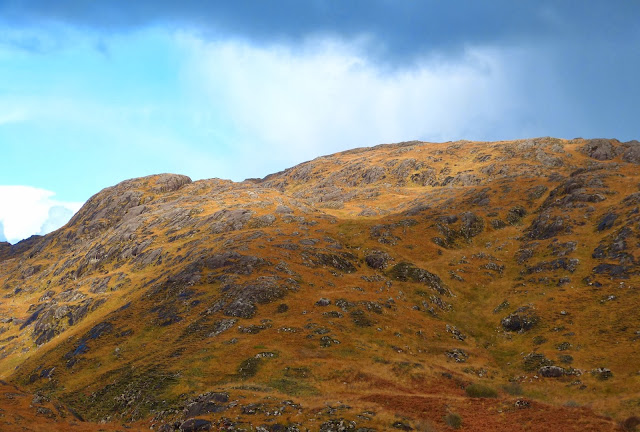 To some, this may not look too interesting.  It's Beinn na h-Imeilte, a northwest-southeast trending ridge which forms the southwest edge of the Ardnamurchan ring dyke system.  Although we've done it many times, it's always fun to climb because it's made of a series of ridges and hidden valleys, which means that the scamble to the summit is usually a series of disappointments: just as you think you're approaching it the land falls away again and there's another ridge ahead of you.

We've never come at it from the Portuairk road because it's separated from it by a burn, the Sruthan Bhraigh nan Allt, which we've assumed might be difficult to cross.  It was easily jumped. 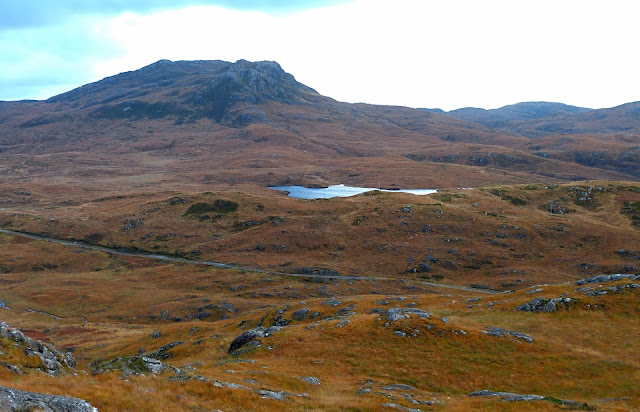 The joy of Beinn na h-Imeilte is that it has some of the finest all-round views on West Ardnamurchan.  To the southeast, looking back along the road (see top picture) lie Kilchoan, Lochan na Crannaig and the Sound of Mull.  To the southwest one looks across the Portuairk road to Lochan an Aodainn and Beinn na Seilg. 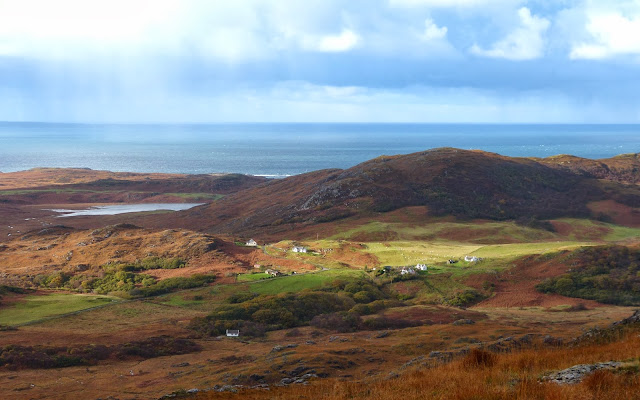 As one crests each ridge, so another panorama swings into view.  Approaching the summit, the small township of Achosnich became visible, caught in one of the patches of sunshine which kept running across the peninsula - but never shined on us. 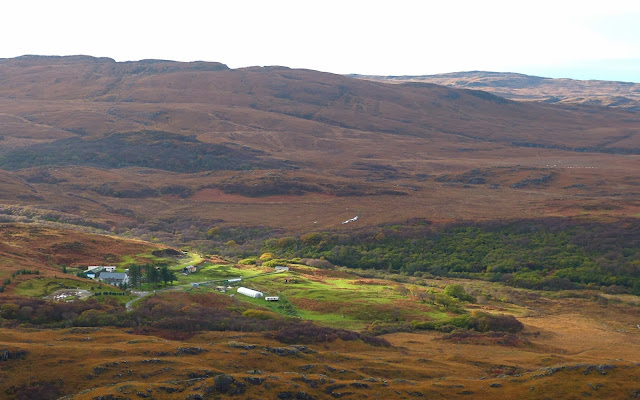 The Sonachan Hotel and the Community Garden are also in view from the cairn at the top, along with the miles of moorland that extend away to the western end of the peninsula.  By this time the panorama to the north and east was in view: there are no pictures simply because for reasons best understood by our perverse weather, the sun wasn't shining on that side of the ridge. 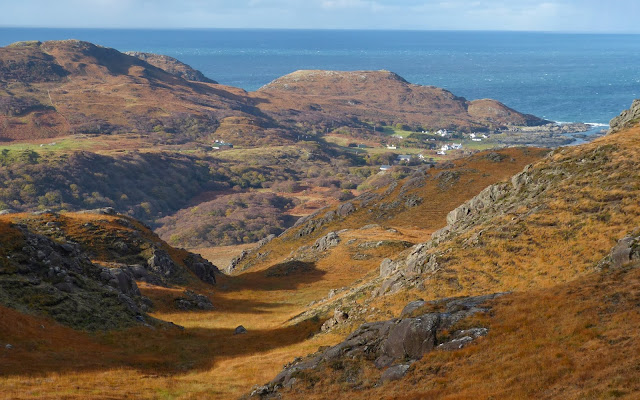 From the summit we kept going northwestwards, steadily dropping back into the valley of the Sruthan Bhraigh nan Allt.  This little glen cuts down to the Old School House at Achosnich, with Portuairk in the distance.  We then crossed the burn and returned to the car along the opposite side of the valley.

The walk took about two hours, and we came home dry. 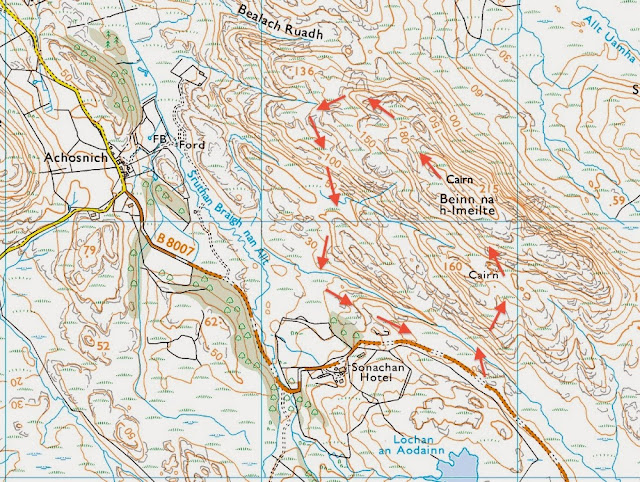 An interactive version of this map is here.
Posted by Jon at 14:43