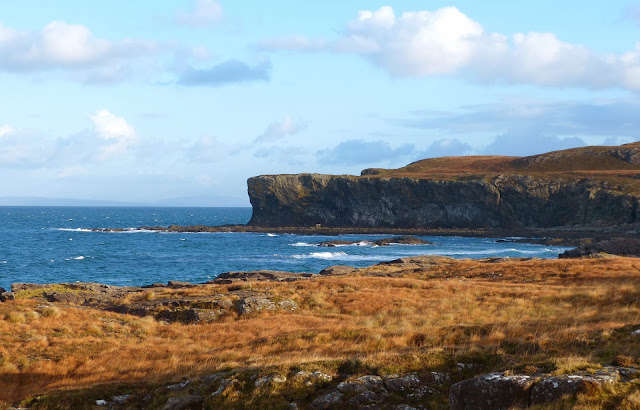 Today has seen a very distinct change in the weather.  The wind has moved into the north-northwest and freshened, bringing in a chill airstream and heavy fronts of stormy cumulus but also - at last - some sunny intervals.  With the air crystal clear, when the sun's out the colours in the landscape are vibrant.

We took the car to Sanna, crossed the Sanna Burn, and worked our way along the north coast past Plocaig, to where we had views across the bay to Carraig, or the Cat's Face as it is sometimes known. 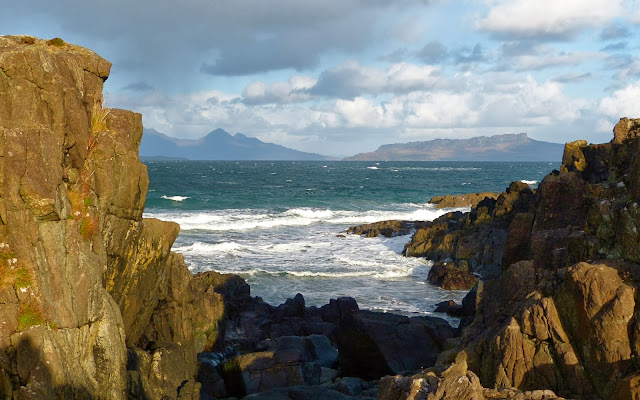 We had hoped to walk along the beach which is only exposed as the tide falls, but the wind had kept the tide high and none of the sand was visible.  This view looks down one of the clefts that give access to the beach, with the islands of Rum, left, and Eigg in the distance. 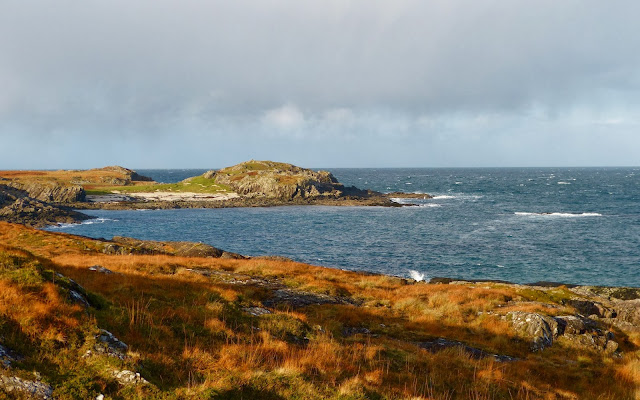 Turning back, we looked across the bay again to the beach at Rubha an Duin Bhain where, according to the records held by the Royal Commission on the Ancient and Historical Monuments of Scotland, here, there is what's supposed to be an Iron Age promontory fort.  Beyond it, we watched the next shower heading our way. 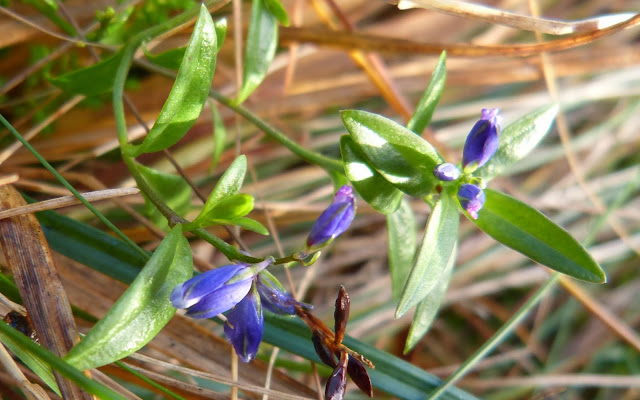 There's very little in the way of wildflowers in bloom on this windblown north coast this late in the year but, in amongst a few heathers, we found this one remaining heath milkwort, a reminder of the summer. 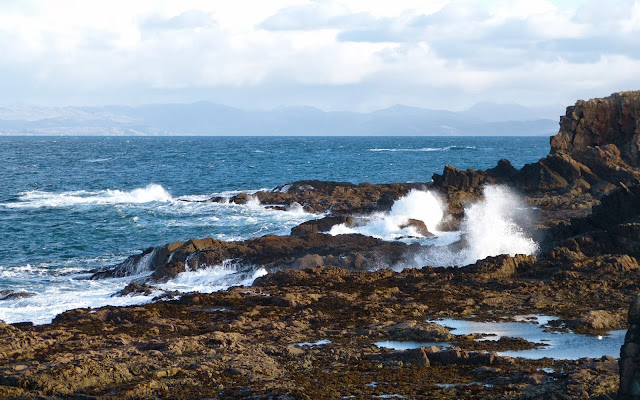 On the way back we followed the coastline towards Sanna Point, stopping to watch the waves smash themselves against the dark rocks, and then turned south...
. 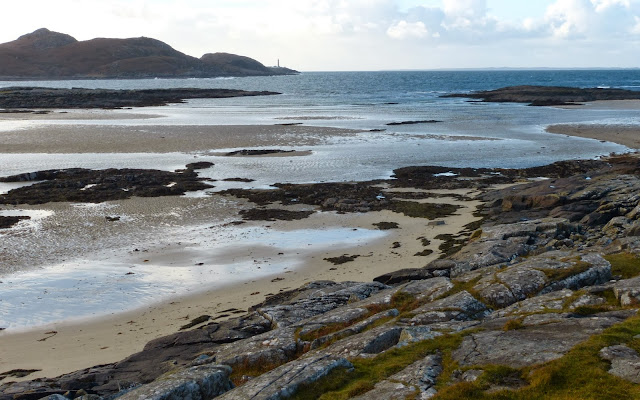