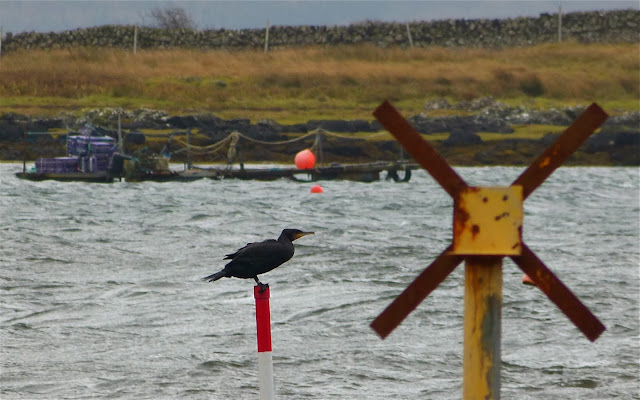 Yesterday's blustery southwester, which gave this shag a hard time balancing on the pole at the end of the slipway in Kilchoan Bay, turned into.... 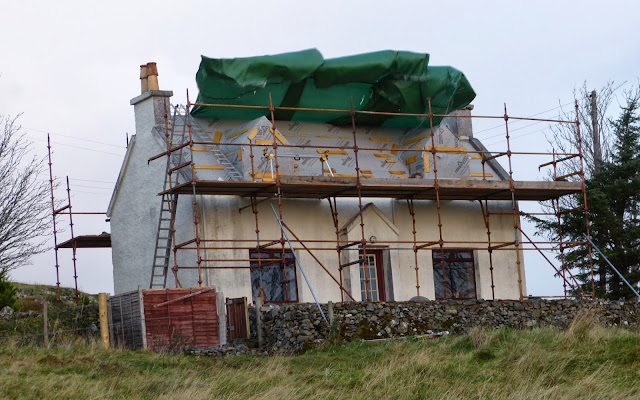 ....today's even more fractious northwester, which stripped away a tarpaulin which had been firmly fixed to the roof.  Being a builder here in these conditions must be a depressing existence, what with the wind tearing things away and the frequent cold, heavy hail showers coming bouncing in over the hills. 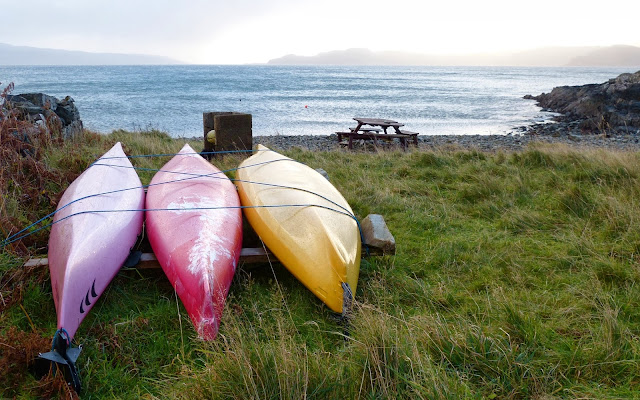 As usual, we left tying the kayaks down far too late in the season, so this was one of the first jobs of the day.  Last time we had a full gale from the northwest, one of them was ripped off the stand and sent cartwheeling into the sea.  Fortunately, a neighbour saw it go, and we were able to retrieve it before it set off down Loch Sunart. 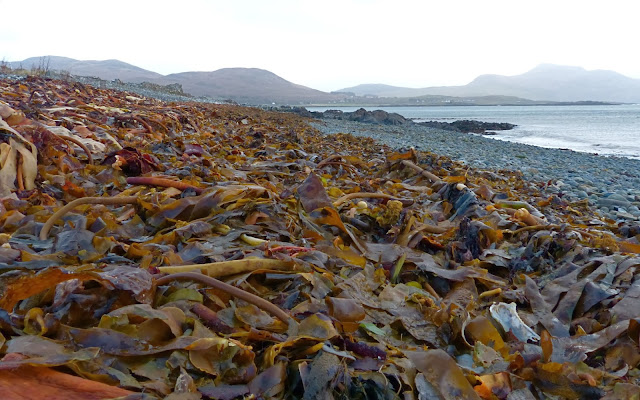 With all this stormy weather, there's plenty of seaweed along the beaches.  We've already collected some and dug it in to the vegetable beds.  We're learning that it doesn't suit all the crops: it's been suggested that the failure of our peas this summer might be because they don't like too much rich fertilizer. 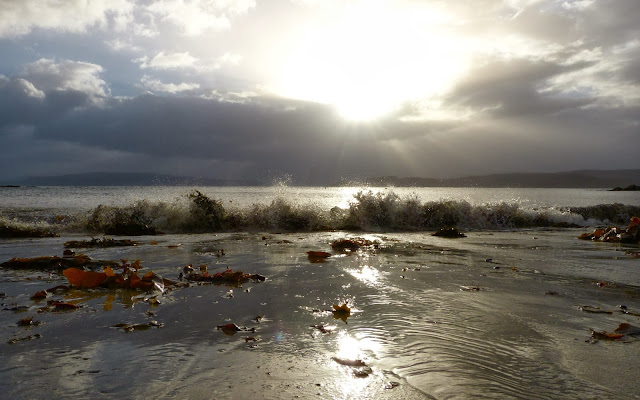 There isn't much of a swell around this side of the peninsula, but it must be spectacular at the lighthouse.  This picture was taken from a few inches off the sand which is exposed at the bottom of the beach at low tide.  The water running down the beach is fresh water draining off a saturated landscape.
Posted by Jon at 11:04