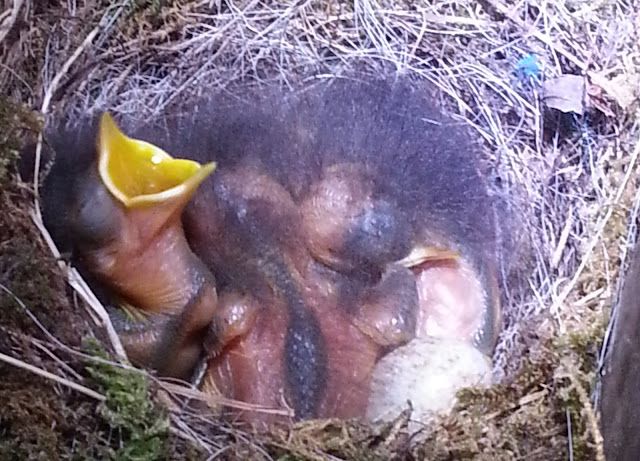 It might seem that the most stressful time for bird parents are the early days, when the babies open wide, yellow gapes and screech for food every time mum or dad goes anywhere near the nest but, as so many human parents well know, the worst stage may be yet to come.... the teenage. 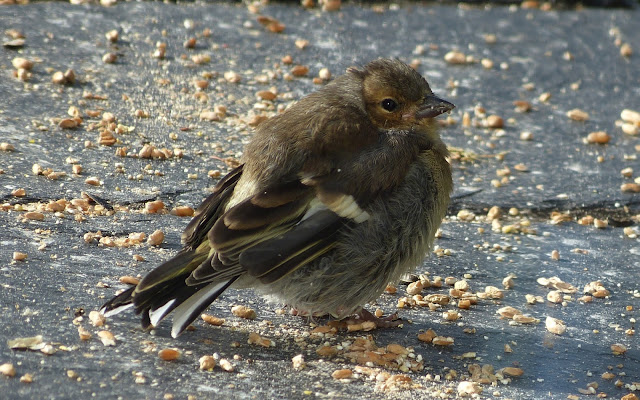 Teenage birds are just like human ones - except that humans don't have quite the equivalent of sparrowhawks winging around.  This teenage chaffinch simply sat on the wall, in full view of everyone, and waited for dinner to be brought by his two, frantic parents.  They had probably told him over and over again that this was about the most stupid thing he could possibly do but.... well, he's a teenager. 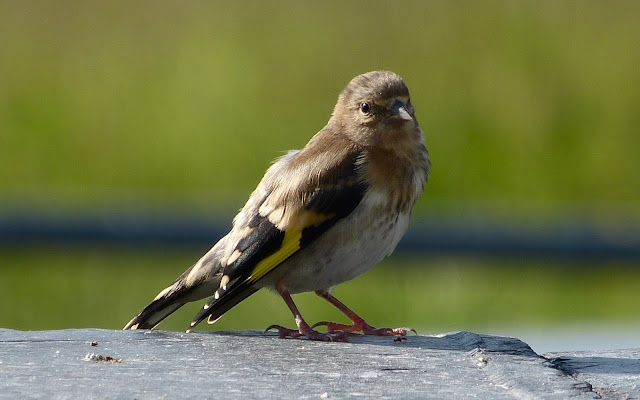 This teenage goldfinch took a slightly different approach to ensuring that a square meal was delivered, alternately sitting, looking cute and helpless, and waiting for parents to reappear, and.... 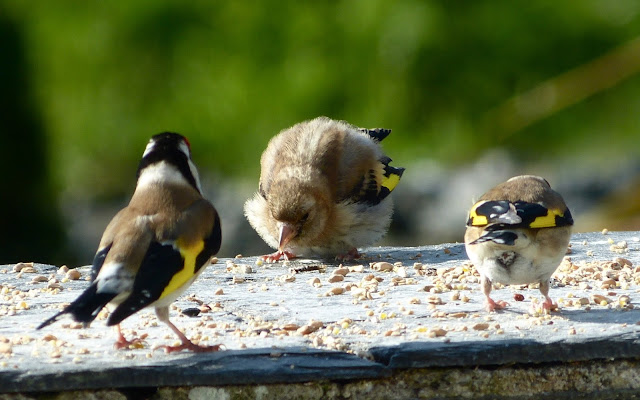 ....unashamedly and almost aggressively begging, nodding his head up and down until one of his parents handed him some food - even though there was plenty lying around which he was perfectly capable of eating unaided. 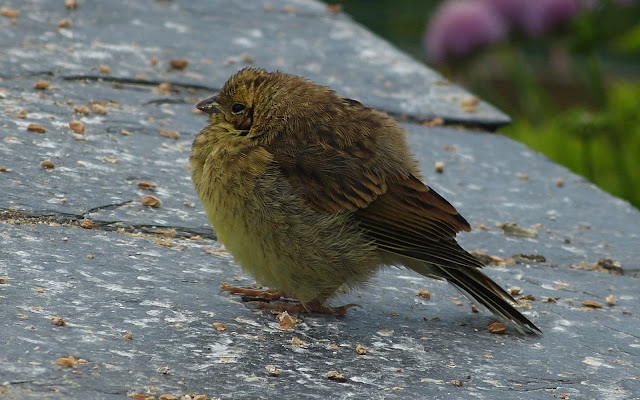 This is a teenage yellowhammer, fluffy, polite, extremely well turned out, very unimaginative, and another of the teenage brigade who believe they don't have to do anything to help themselves.  One can have some sympathy with his moodiness - his dad, at this time of year, is in his full yellow regalia and is very, very smart, while son is.... a little dowdy. 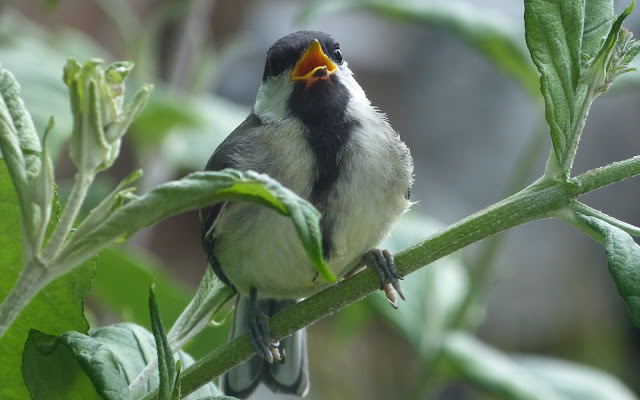 The hazards of teenage life are multiple.  Human parents who remember the agony of son or daughter borrowing the family car for their fist solo outing will have a some sympathy for the parents of this great tit teenager, who let him out of their sight on condition that he took great care, when he promptly flew into a window and concussed himself.

He sat on a branch of the buddleia for about a quarter of an hour to recover, while his anxious parents kept vigil at his bedside.  He recovered quite suddenly, and flew off with his mum and dad in hot pursuit.


Many thanks to Gael Cameron for the picture of the nestlings.
Posted by Jon at 19:39