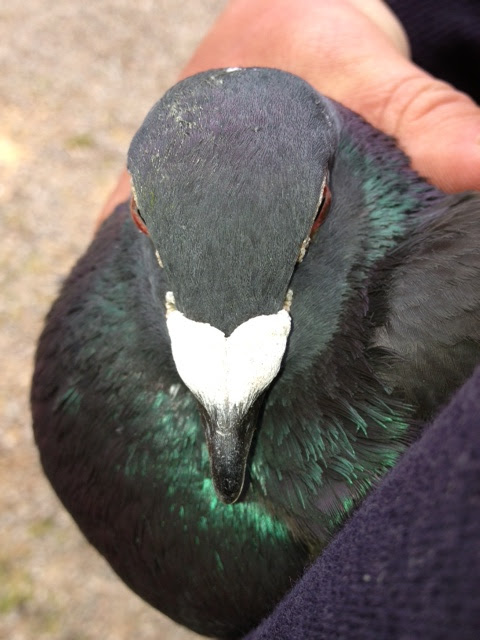 Do you recognise this character?  If so, you probably live in Ireland and are a member of the Boyne Valley Pigeon Club.  You obviously value it, as it is radio tagged with number ihu08 S49221 - a quick search on Google led to this page where your club could be identified.

Don't worry - the pigeon is in very good hands.  He was found by Kilchoan Early Bird near Ardnamurchan Point lighthouse.  This isn't the first time the Early Bird has found a lost pigeon: the last one had been knocked out of the sky by a raptor and was lying, injured on the ground.  Kilchoan Early Bird took him home, cared for him, and he made a full recovery - story here.

Your lost pigeon has been reported to the Irish Homing Union, so let's hope they get in touch with you.


Many thanks to Kilchoan Early Bird for the picture & story.
Posted by Jon at 16:19