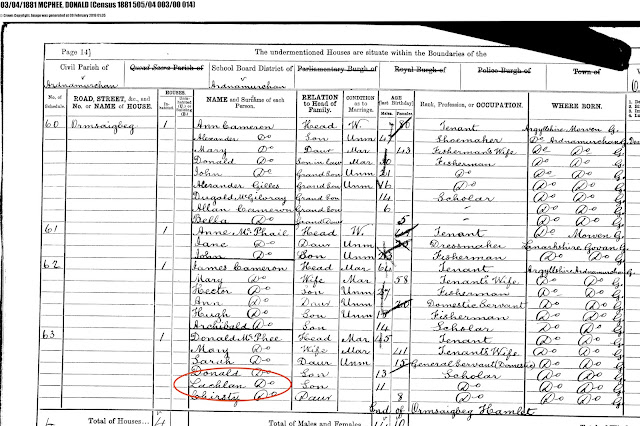 Lachlan McPhee was born in 1869 the son of Donald McPhee. Donald and his father Lachlan were tenant crofters in Ormsaigbeg from 1841 or earlier. Young Lachlan, like so many men, went to sea, but was injured sailing to Melbourne Australia on the Loch Garry, so stayed in Australia. Now Darryl McPhee, of Germein, Australia, Lachlan's great-grandson, is coming to Kilchoan to visit his family's home, which was.... 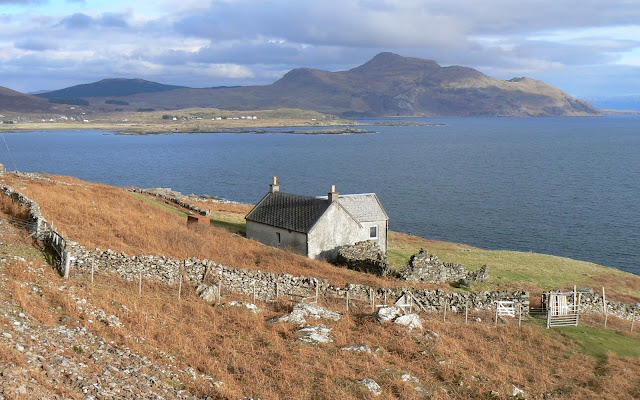 ....the Twins' house at the end of Ormsaigbeg.

Darryl writes, "I started researching Lachlan’s history after my dad Dalton died. Louise Brook (nee McPhee) my cousin had successfully researched the family history years earlier but the internet wasn’t as informative back then. My only regret is that my father would have loved to have known what I now know.

"Back in February 16, I went to a birthday party for a person who is also researching his Scottish heritage. I came home and decided that I was going to Scotland. I typed Ormsaigbeg into Google and to this day I don’t know why I hadn’t done it earlier. Anyhow I commented about Lachlan on Jon Haylett’s website.

"Jon replied saying he didn’t know about Lachlan McPhee (left), but co-incidently had been given a list of the men who had went to sea in the late 1800s only that morning and there was a Lachlan McPhee and two other men who lived at the same address - John and Donald MacDiarmid. As I had copies of the censuses from back then, I then knew that Jon knew the address. I asked him the address and he advised that he lived only 250 yards from it and sent photos. I was looking at this house on Google Maps and had no idea it was Lachlan’s home until Jon’s reply. 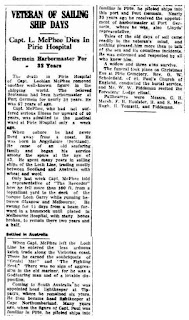 "After Lachlan left Kilchoan never to return for reasons described in the article in the Port Pirie Recorder (left) he made a name for himself as the Harbourmaster and Magistrate in Port Germein, which was the largest wheat port in Australia.

"If it wasn’t for Jon and his interest in all things in Kilchoan and Ormsaigbeg then some sixty of Lachlan's direct descendants would not know about the area where he was born and the home he lived in."

Many thanks to Darryl for the story and the pictures.
Darryl and his family expect to be visiting Kilchoan towards the end of November.
Posted by Jon at 12:10