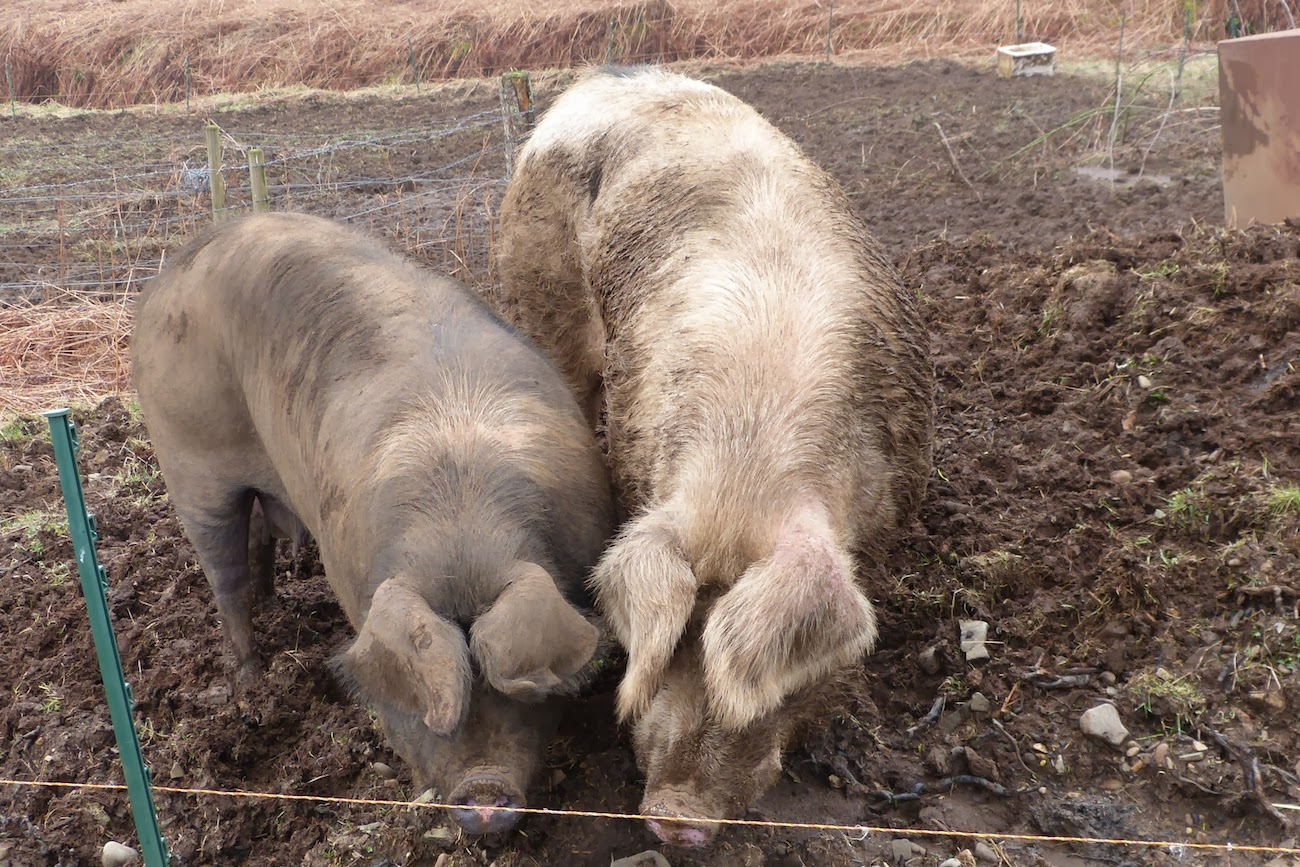 Close followers of the Ormsaigbeg pigs saga will be thrilled to know that Bobby's back in the field with Betsy.  Betsy isn't thrilled at all, as she's well aware, from the tittle-tattle amongst the other lady pigs, who he's been seeing.

She also distinctly unthrilled by Bobby's behaviour which has, if such a thing were possible, deteriorated since he was last here.  The first thing he did was to kick Betsy out of her house - that's the brown metal container at top right of the picture - so she's had to sleep out in the mud and rain.  Then she has to share her feeding trough with him, and Bobby's version of 'sharing' is to stand in the trough while he eats, thus preventing Betsy from getting anything. 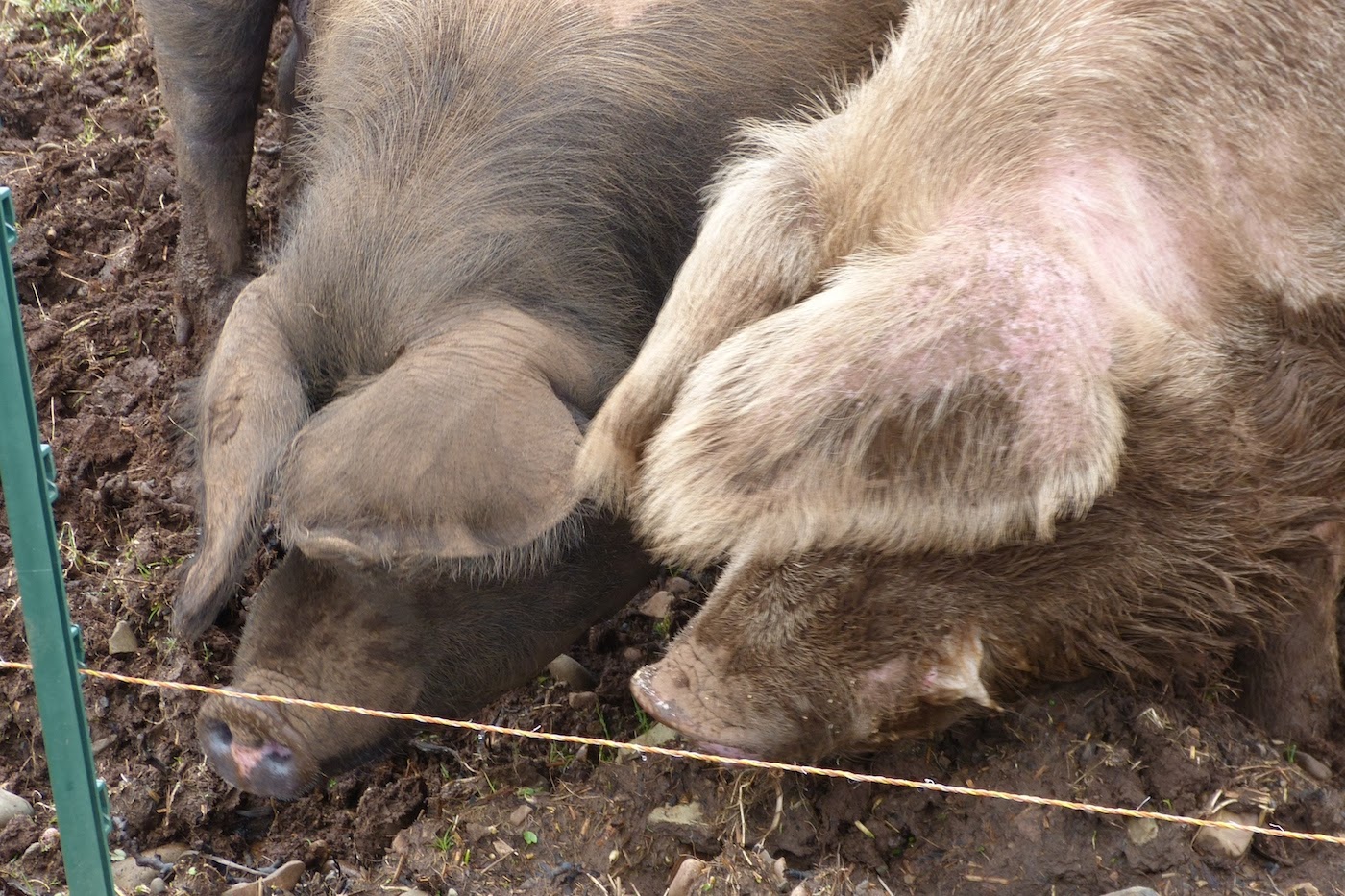 In between times, he's constantly pestering her to make bacon.  His version of a loving relationship seems to consist of pushing her around while slobbering all over her.  The pushing is quite violent, and Betsy gets very angry with it - so we've been disturbed at night again by the squeals coming from the pig enclosure.

In the end Betsy will probably give in to his advances, if for no better reason than it's the quickest way of getting rid of him.  But then she'll be back into the endless round of pregnancy, birth, and looking after ten piglets until they're weaned, when Bobby will be back.
Posted by Jon at 15:13