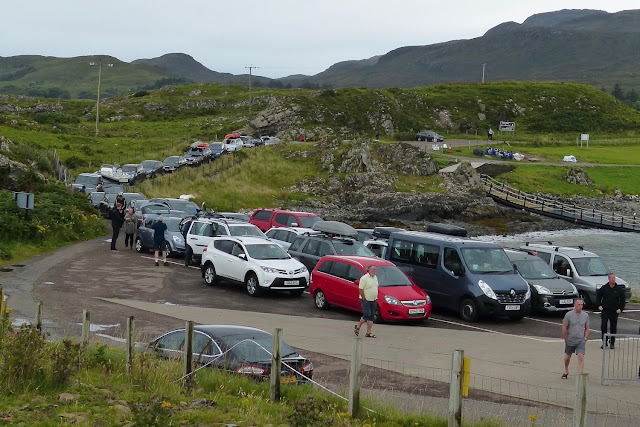 At 1810 I received a message from Mingary Castle telling me that there was a large queue at the ferry extending back to the toilet block so I decided to pay a visit. As the photo shows there were an awful lot of vehicles waiting, 38 to be exact. Our wee ferry can take 10 tops. The ferry arrived at exactly 1835, and the 8 vehicles onboard disembarked and had to park up as there was nowhere for them to go as the road was blocked. 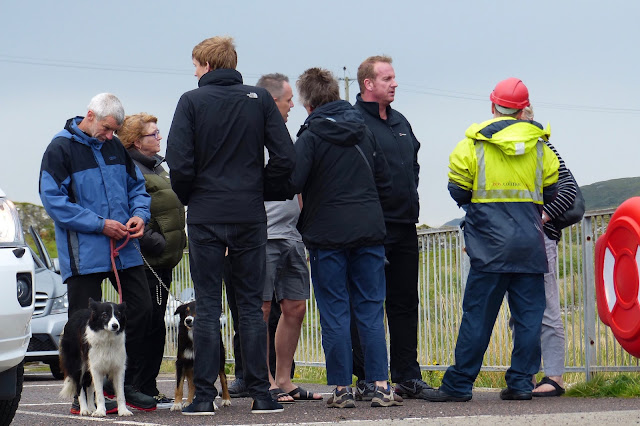 The CalMac lads started talking to the vehicle drivers about what was going to happen. It then took until 1905 before boarding began, this taking place among much arm-waving and debating between drivers and CalMac staff. 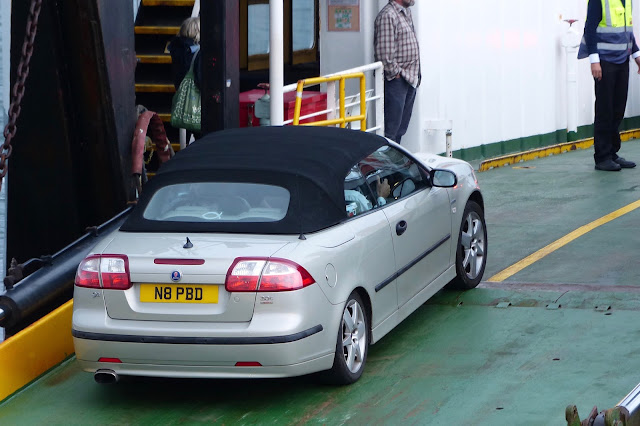 Even with this level of scrutiny someone managed to sneak his car in front of some earlier arrivals in the queue which sparked some heated debate between drivers and CalMac staff. These lads, who do a sterling job on our wee ferry, do not deserve to be spoken to in such manner. They are only doing their jobs. 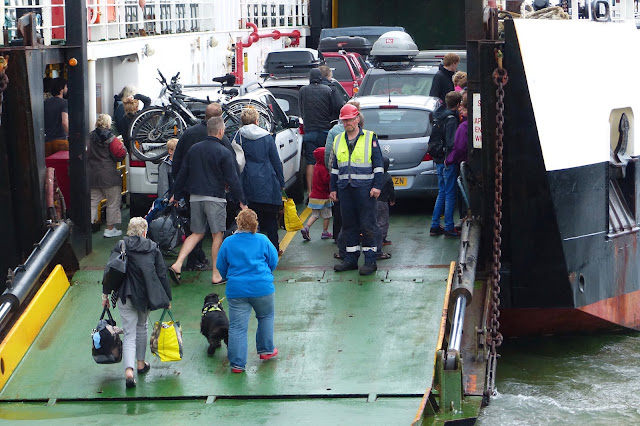 They did manage to cram 11 cars onto the ferry with all the passengers being asked to leave the vehicles and board as foot passengers. This allowed the cars to be parked closely together to allow as many to board as possible. With 11 vehicles onboard this left 45 vehicles with nowhere to go. 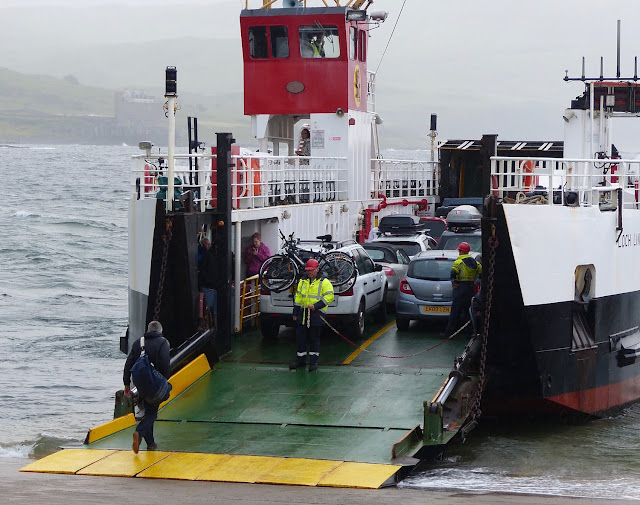 The ferry eventually left at 1920, but immediately came back in to pick up one last foot passenger who had been left behind in the confusion whilst parking his car up. He joined the 12 other cars which had been abandoned in Kilchoan for the night at least. The ferry then left the pier 33 minutes behind schedule. 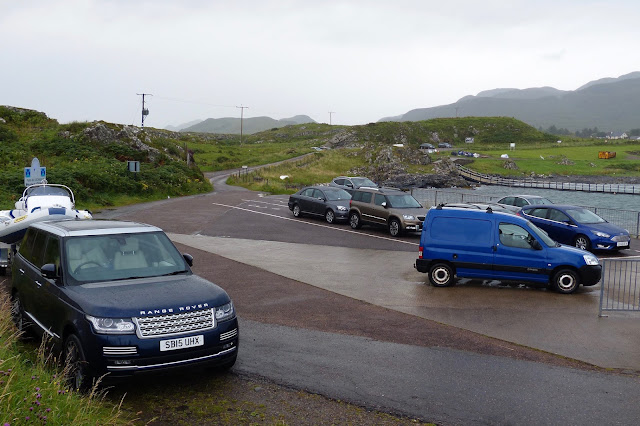 Five of the vehicles left behind were left in their original place in the ferry queue area.

I only saw two cars still sitting in the queue with passengers in them. The other 9 vehicles had turned around and left after becoming aware that there would be no more crossing this evening.

It seems that this situation had arisen not only because of the cheaper ferry fares, which seem to have brought many standings at either side of the crossing with so many cars and campervans using the ferry now - far too many in my opinion - but because the Lochaline ferry had broken down this afternoon and the staff had advised drivers to come to Kilchoan to catch the ferry here. This was a bad move on their part as 26 vehicles in convoy made their way to Kilchoan to catch the last ferry of the day, a ferry which as I said earlier only takes 11 vehicles.

What are we going to do about this situation? I do not think anyone envisaged the problems that the RET ferry fares would bring to us. Mull is imploding under the pressure of vehicles. I have been told there is the capacity for 240 cars to go onto Mull every hour from Oban!

All accommodation here in Kilchoan was full, so at least 13 vehicles carrying who knows how many people were left without accommodation for the night.


Many thanks to Ricky for brilliant reporting & pictures.
Posted by Jon at 09:02