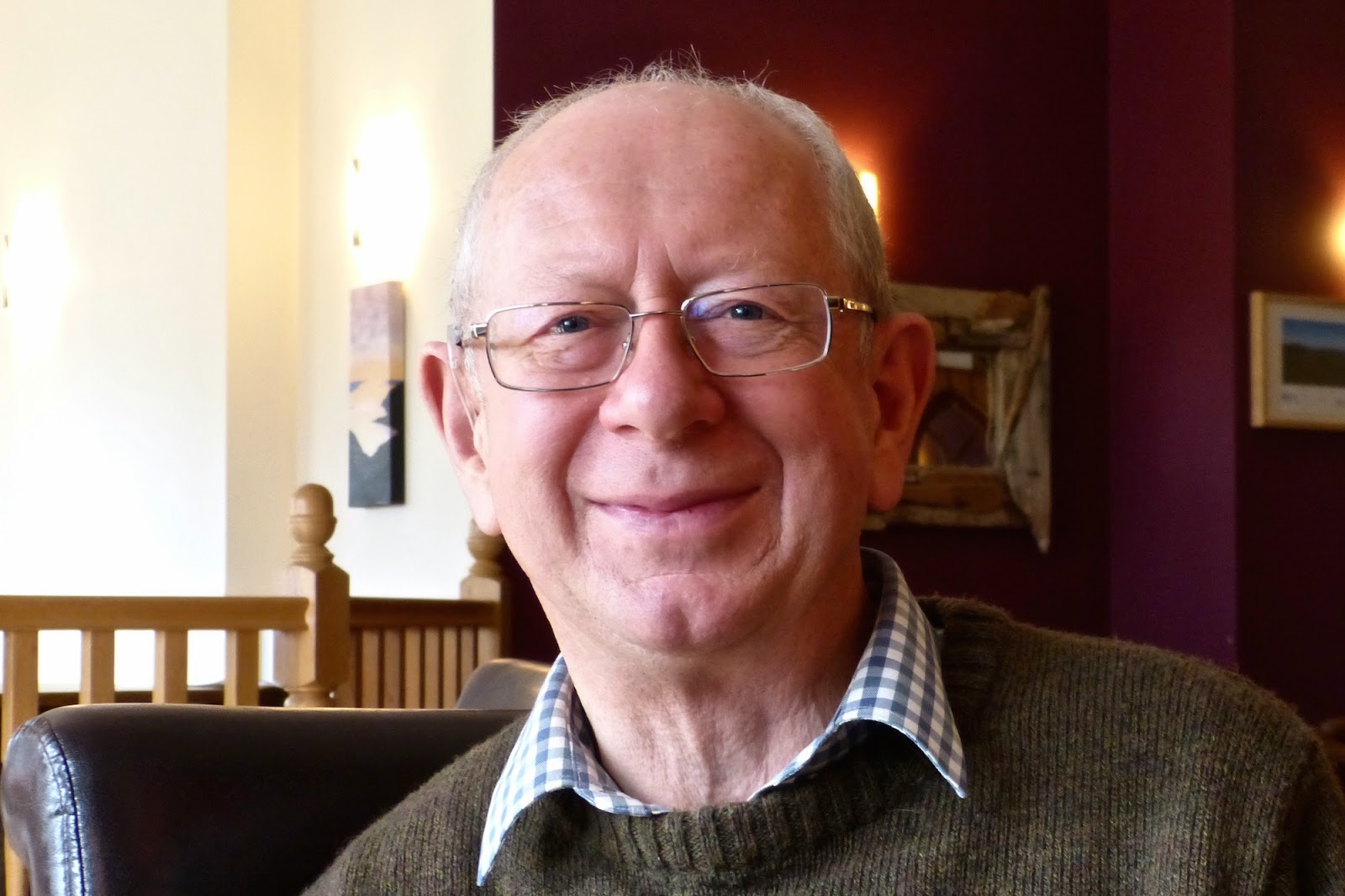 Fred Millwood and his wife, from Inverness, and Fred's brother and partner from South Africa, stayed at the Sonachan Hotel last night.  As well as enjoying some of Ardnamurchan's sights, Fred came with a mission - to give to the local community of West Ardnamurchan five archaeological finds he made here when he was a forester working for the Forestry Commission in the 1980s. 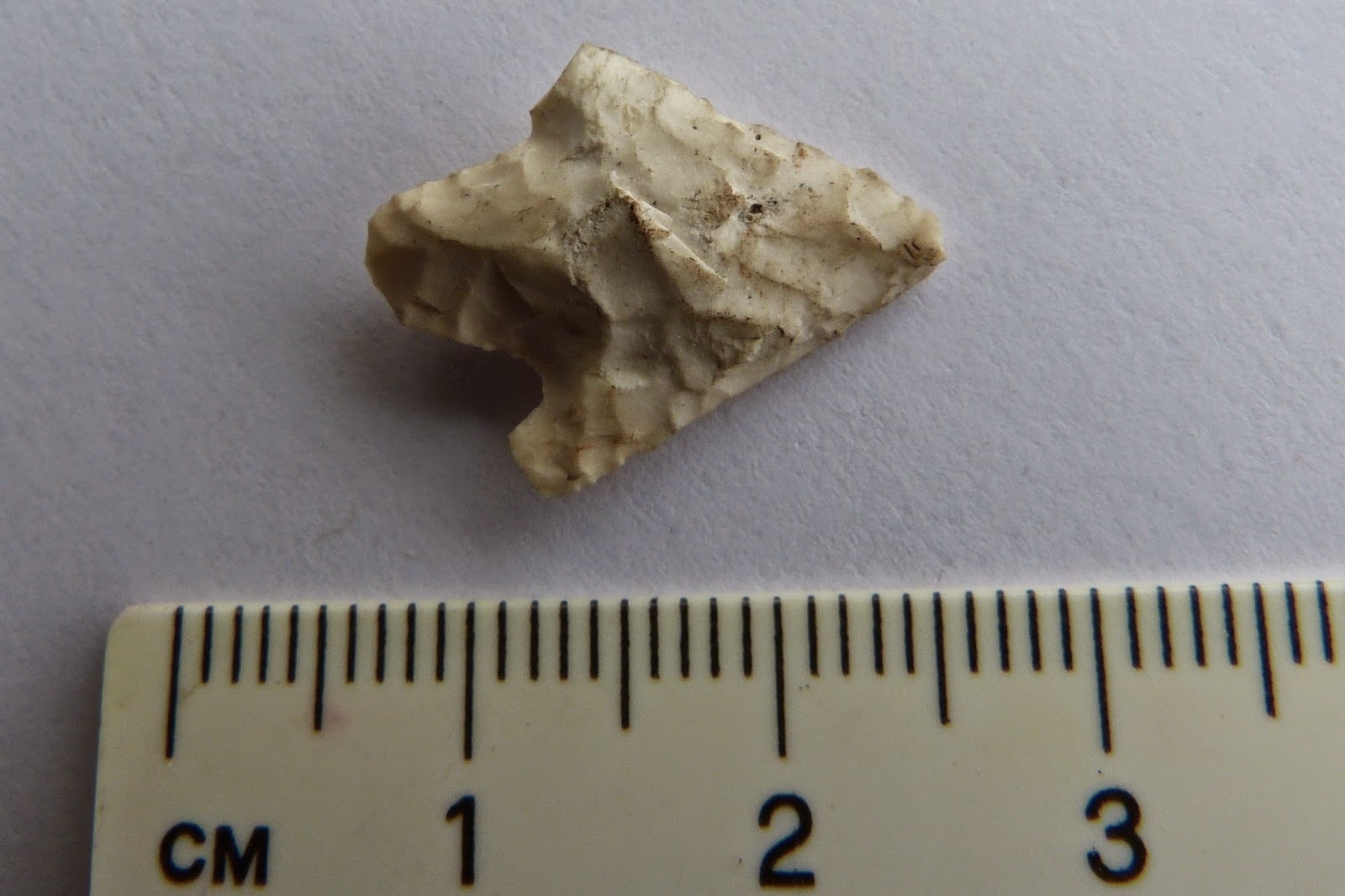 The first is an arrowhead, probably made of flint.  Fred found it buried in thick peat while they were digging ditches prior to planting the trees.  I'm no expert, but this could be upward of four thousand years old.  What is important that, although he found it in 1985 or '86, Fred can recall the exact location. 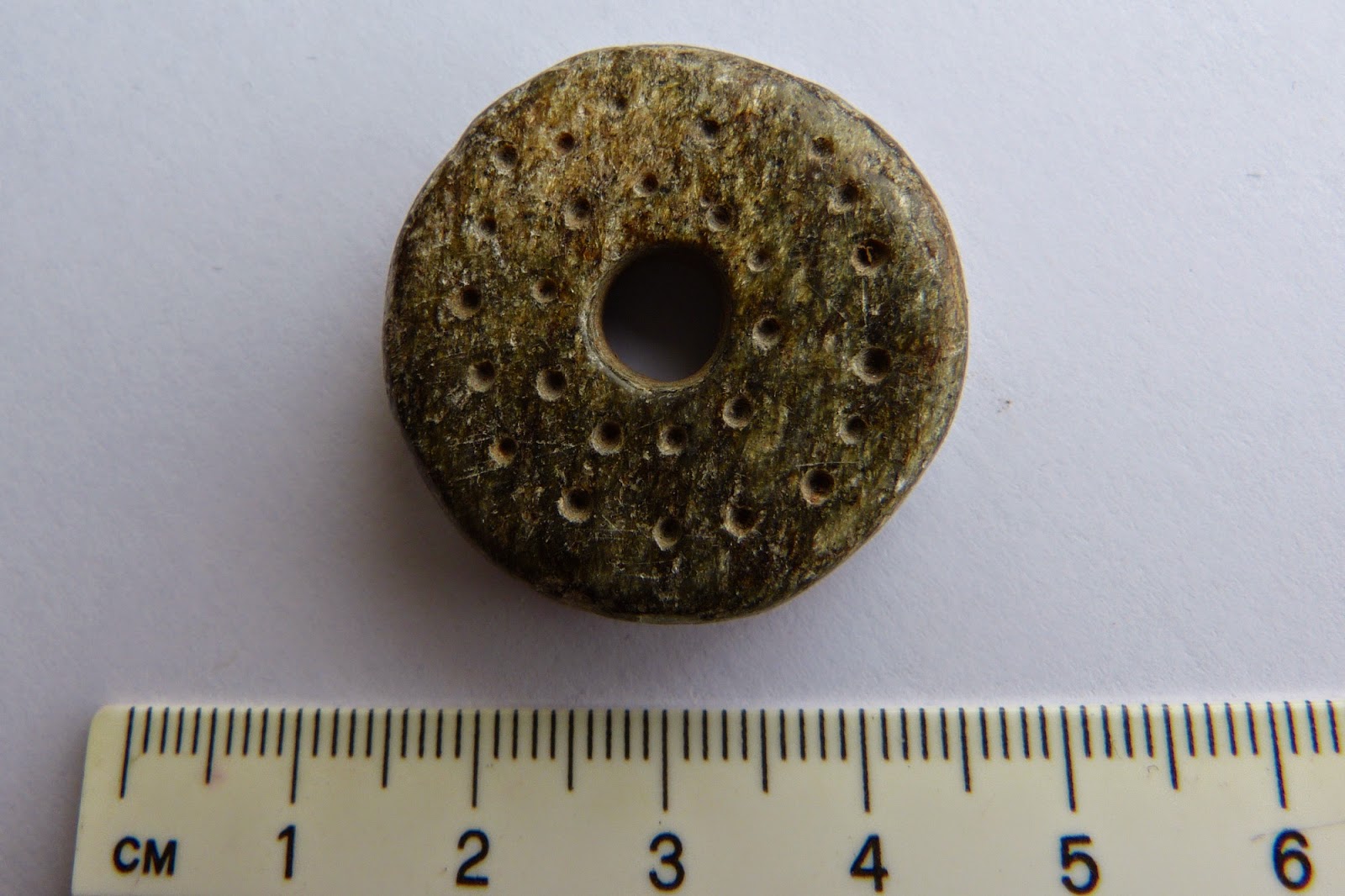 The second artefact, found about 1.5km away, is a decorated spindle whorl made of stone, possibly serpentine, used as a weight on a spindle when spinning wool.  Both sides are decorated in a similar fashion, and the whorl is about 6mm thick. 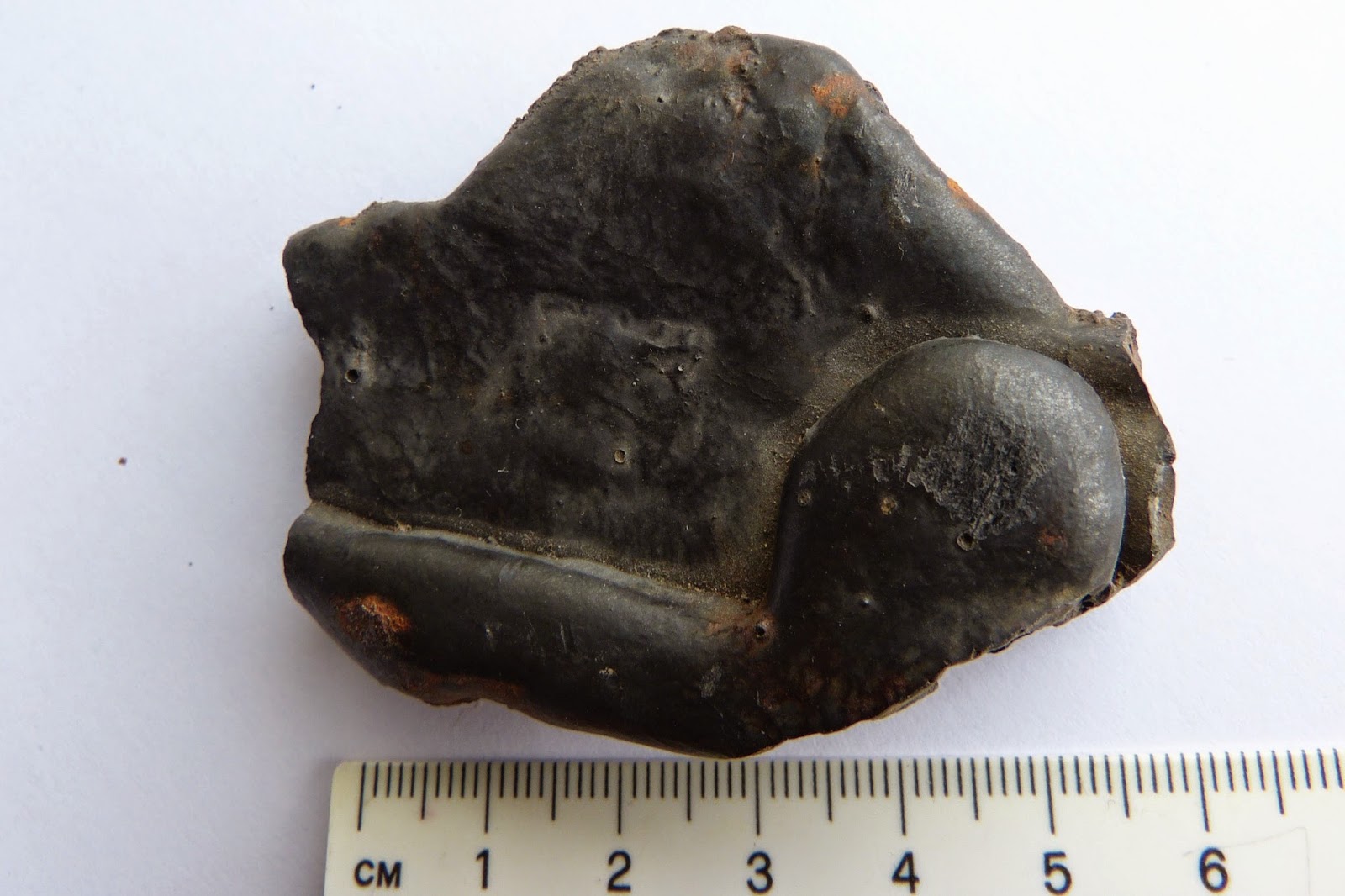 This artefact is more difficult to identify but is probably slag from the smelting of iron, while.... 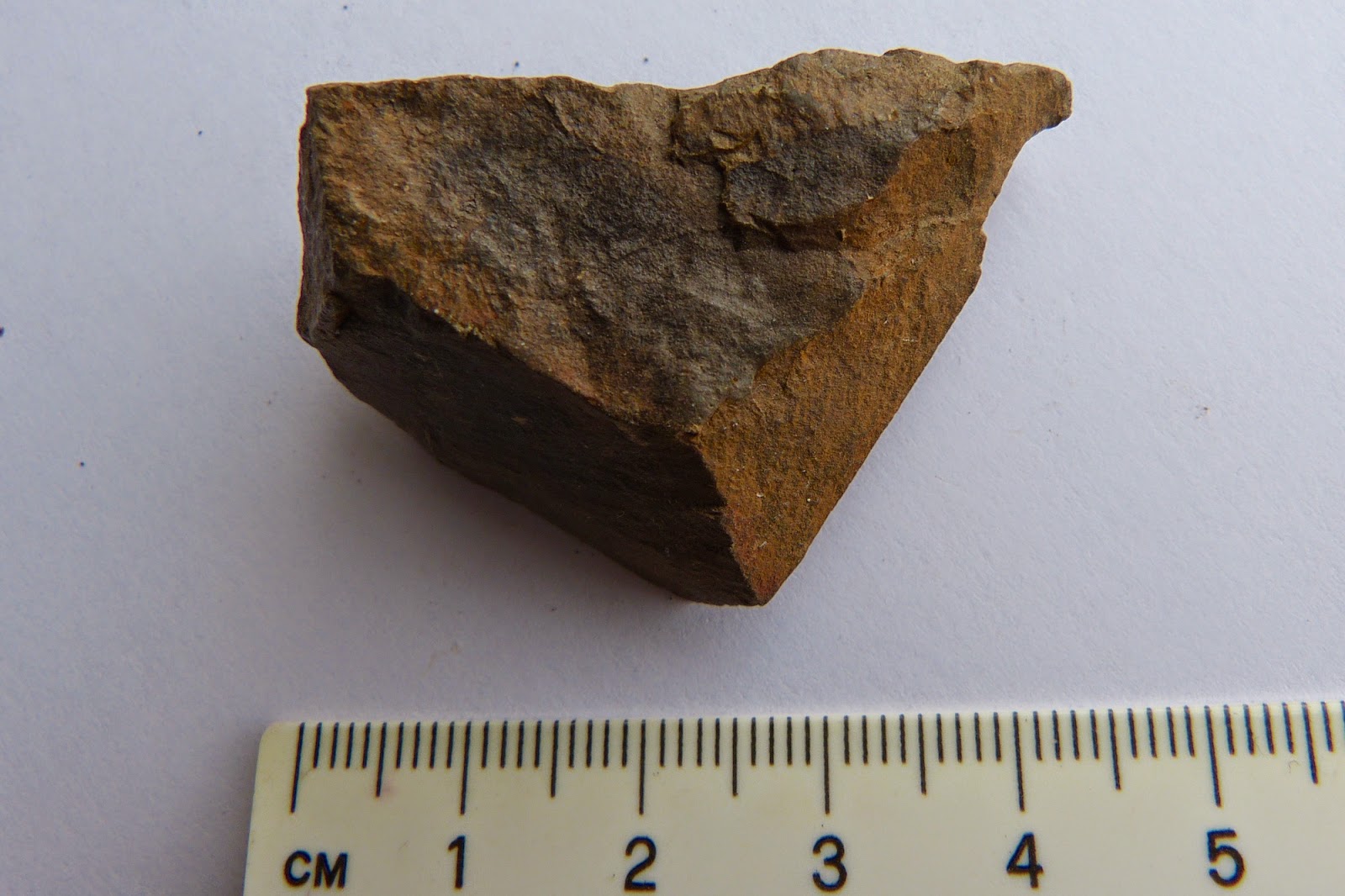 ....this may be some of the iron ore the ancient blacksmiths were using.

Fred also found five or six hut circles in much the same location.  To give some idea of the importance of this, the local archaeology group have found about the same number in five years of searching. 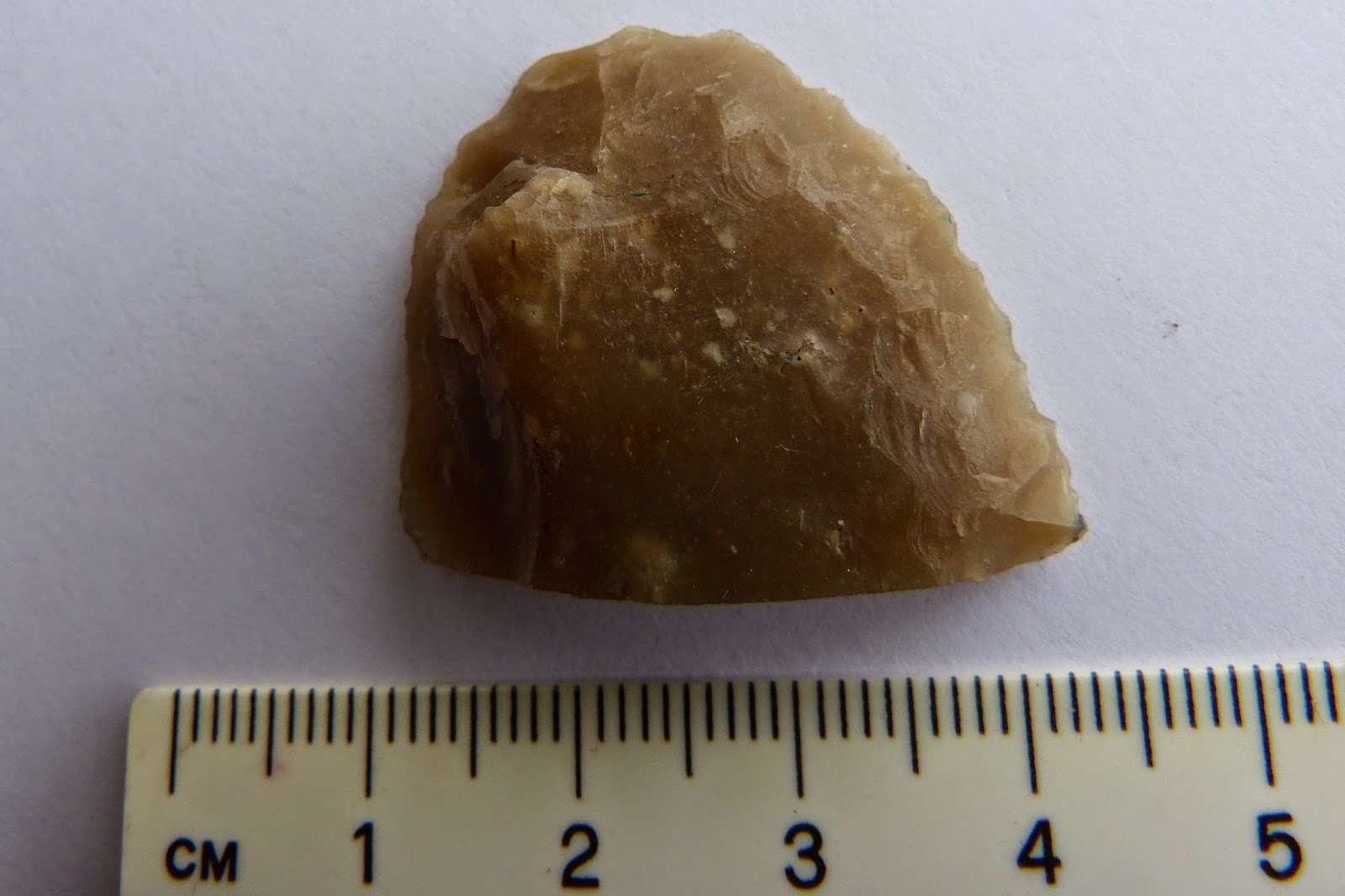 Fred knows his archaeology and has sharp eyes.  This is a flint scraper he found near Salen, beautifully knapped to give edges which are still sharp today.

Fred has gifted all these to the community, and we thank him sincerely for his generosity.  We need to find somewhere to display them, but first we are trying to get them accurately identified.  Since the bulk of them were found not far from Swordle, we have sent pictures to our friends in the Ardnamurchan Transitions Project, who are due here again this summer to continue their dig at Swordle.


Many thanks to Fred Millwood, and to Angus-John for contacting me.
Posted by Jon at 15:50