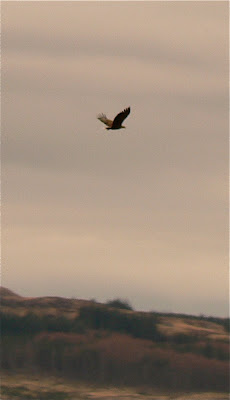 The Scottish sea eagle, Haliaeetus albicilla, is the fourth-largest eagle in the world, with a wing span of almost 2.5m (8ft). After years of persecution, the original Scottish population followed stocks from northern England and Ireland into extinction at the beginning of the 20th century - the last pair nested on Skye in 1916. Scottish National Heritage and the Royal Society for the Protection of Birds began their reintroduction in 1975, the first being freed on the Island of Rhum. Since then the sea eagle has spread to Mull and much of the west coast, with a second reintroduction beginning along the Tay in 2007. There are now some 45 nesting pairs. 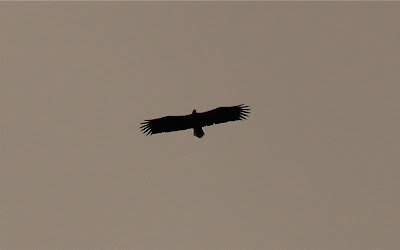 It's Gaelic name, Iolair Suil na Greine, means 'eagle with the sunlit eye', a reference to its characteristic yellow eye. They are such magnificent birds that it isn't surprising that sea eagles hold a special place in Celtic folklore. The remains of several were found in a tomb in Orkney, presumably because they held some religious significance. And Shetland fishermen once put the fat of sea eagles onto their hooks because it was believed that, when the erne, as they called it, appeared, fish would rise to the surface and submit to them.

We saw our first sea eagle some 15 years ago, flying along the north coast of Ardnamurchan near Fascadale. We have steadily seen more until they are now as common a sight over Kilchoan as the golden eagle. I have heard them called 'flying barn doors', which describes them perfectly, for they are huge, moving with a stately splendour - until they choose to go elsewhere, when they disappear into the distance at a great rate.
They are difficult to tell apart from golden eagles, particularly when flying high. A good guide is contained here.
Posted by Jon at 16:00