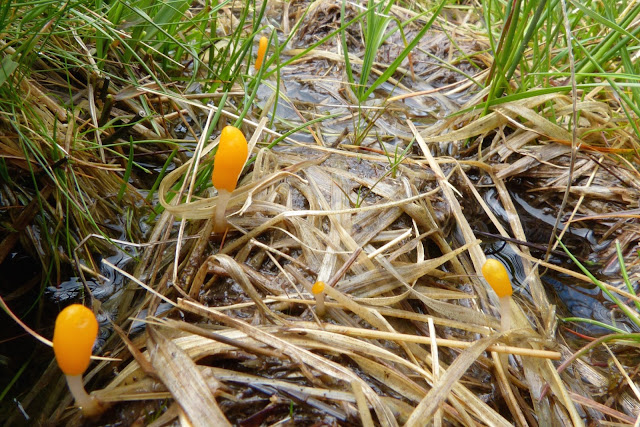 At this time of year more and more toadstools are appearing.  They make great subjects for the camera, but I feel frustrated that I can't identify many of them, even though I spend time working my way through websites, the best of which is Fungi World. 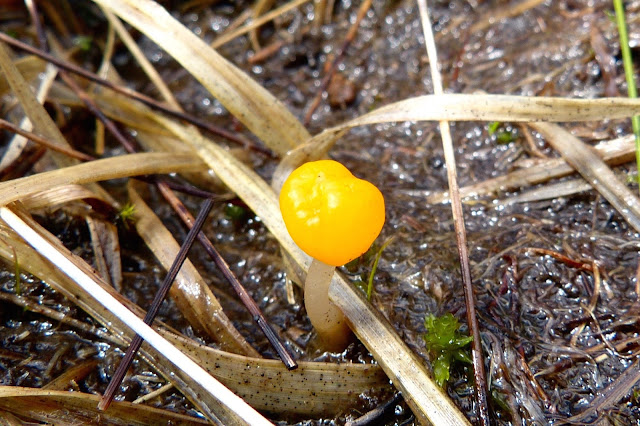 We found this orange/yellow one on the slopes of Cathair Mhic Dhiarmaid on Monday, in just two locations, a small group in one place, and this lone cap in the other.  Both were on the open moorland in very damp places, and seemed to be growing on a substrate of rotting vegetation and dead grass.  About the closest I can get to it is a young form of Bolbitius vitellinus, but the one we found is brighter in colour and lacks a distinct cap. 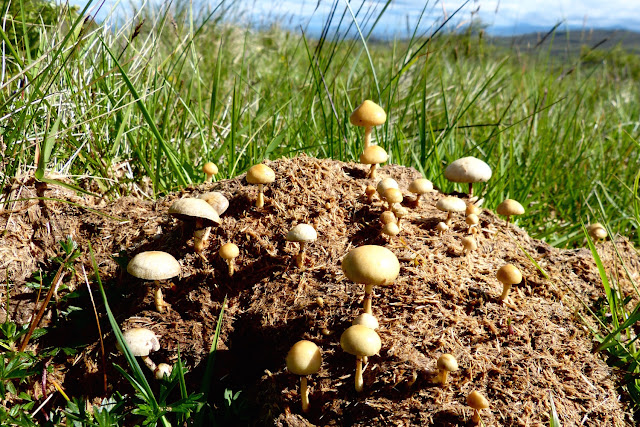 One would have thought something so brightly orange would be easy to identify, but I can't find it, even though its shape and colour are fairly distinctive.  I can't find this one either, but for the different and simple reason.... 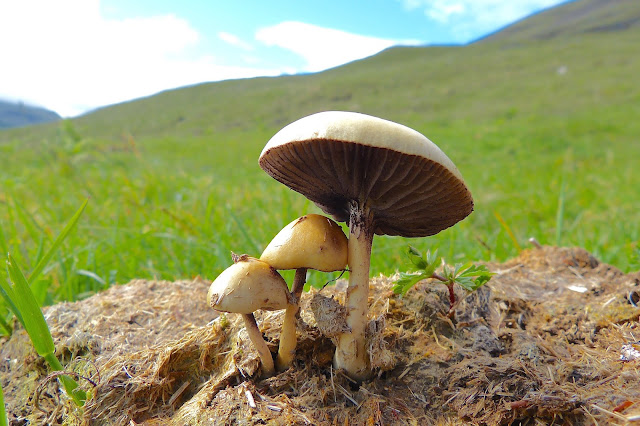 ....that there is so little that's distinctive about it.  It was fairly widespread, and was always found growing on an old cowpat.

Perhaps it shouldn't worry me that I can't identify them, and I should be quite satisfied with admiring them for what they are.  But.... what is it that gives one the urge to know what something is, to classify it?
Posted by Jon at 14:49