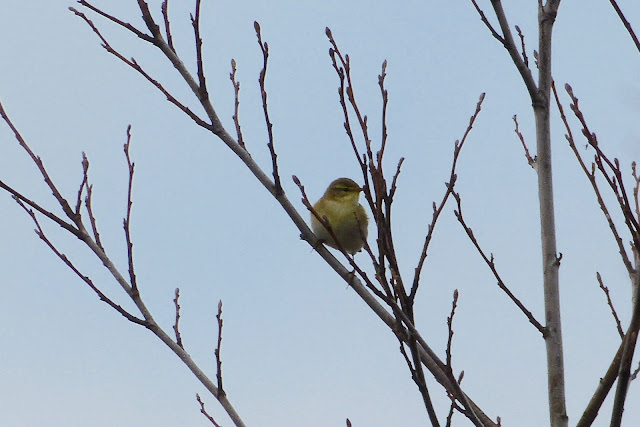 With the warm weather continuing through April, the woodlands and particularly the stands of silver birch are full of the song of this little bird, the willow warbler. The sound, far too loud for such a small bird, is a joyous waterfall of descending notes. 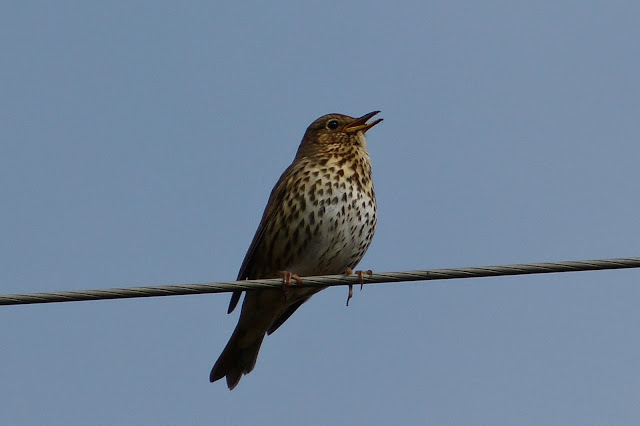 Also singing in the trees around our house is this song thrush, though his faltering songs suggest he's not very sure of himself. He was late in starting compared to a song thrush down the road so we wonder whether he's a young male establishing his first territory. 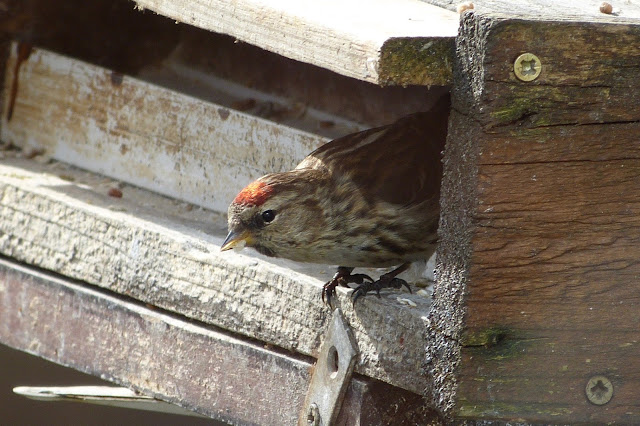 The redpolls are supposed to be resident through the winter but we hadn't seen any this year until yesterday, when a pair arrived to enjoy the feeding facilities at one of our mark 3 grain dispensers. That we haven't seen them at all through the winter suggests that our population may be migrant, at least locally. 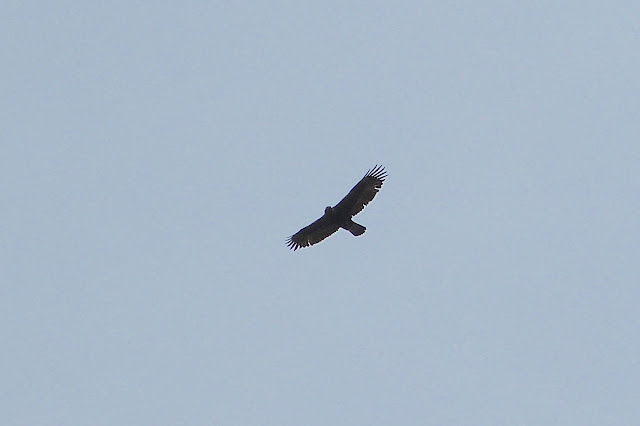 We were out walking to the east of Loch Mudle this morning and saw both sea and golden eagles - both, unfortunately, too high for good pictures. With the lambing season in full swing, local crofters and farmers will be hoping these birds don't take too high a toll. 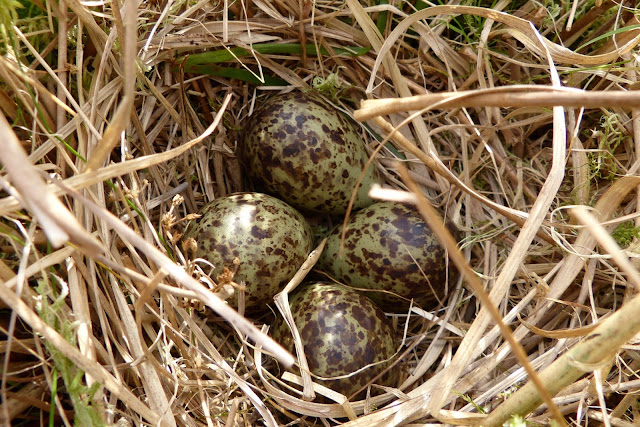 Yesterday, the new Ardnamurchan History & Heritage Association was enjoying the first field trip since its formation, this time to the south of Torr na Moine, where the group put up a snipe sitting on a nest wonderfully camouflaged in amongst tussocks of marsh grass. We lingered only for a few moments to take a picture of its four eggs - apparently the normal number for this bird. 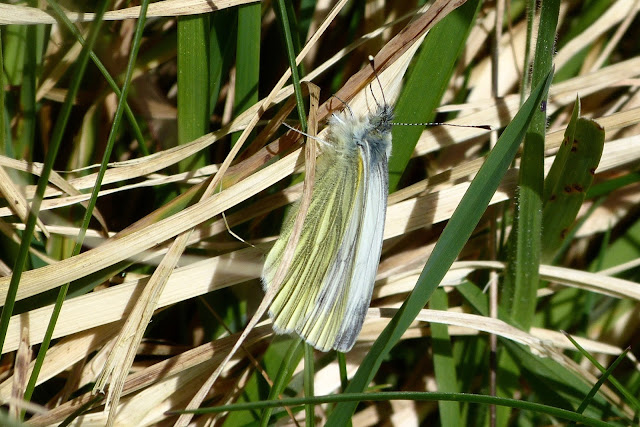 The butterflies are out, mostly peacocks at the moment but also some whites, this one a green veined white, but.... 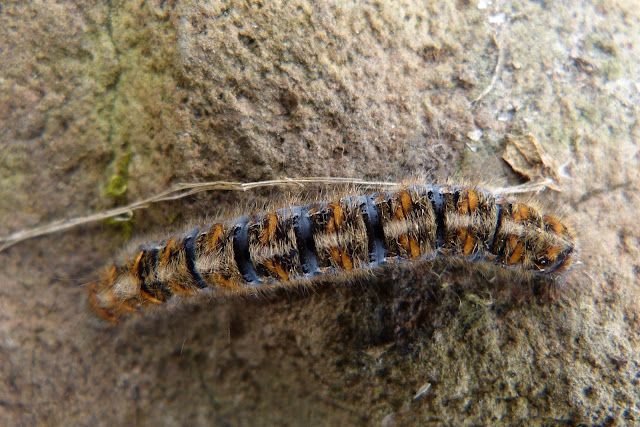 ....I didn't expect to find the first caterpillar crawling over a rock in the warm sunshine. Can anyone identify it? 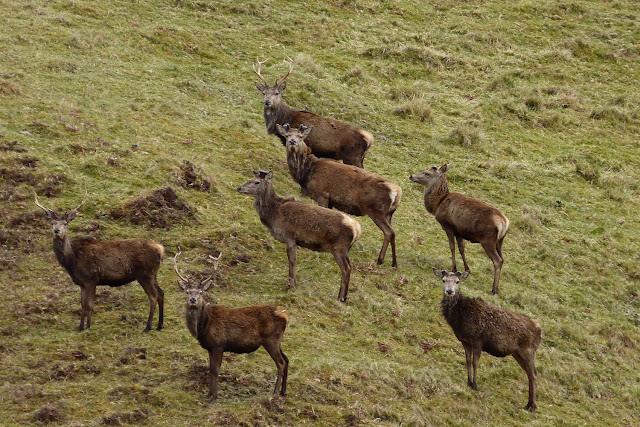 On a larger scale, we came across this group of red deer stags near Loch Mudle. By this time of the year some have lost their antlers and are already beginning to grow new ones, while others still have both. 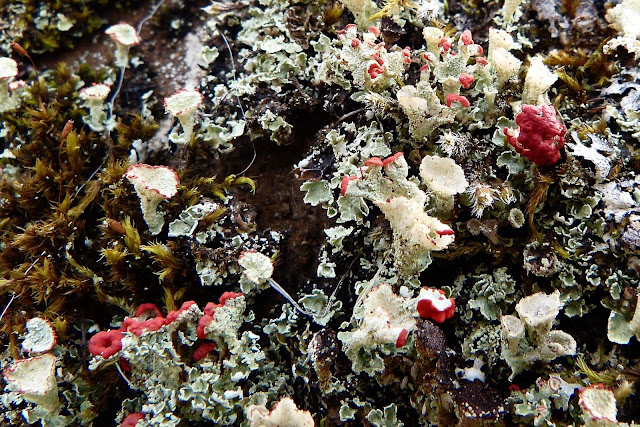 On a much smaller scale, one of the rocks forming a wall of the building AHHA was investigating yesterday supported a garden formed of the British soldier lichen. It's a mystery why one rock, in amongst hundreds, should be selected for this strange but beautiful display, this one being a rather deeper red than others we've found.
Posted by Jon at 15:33