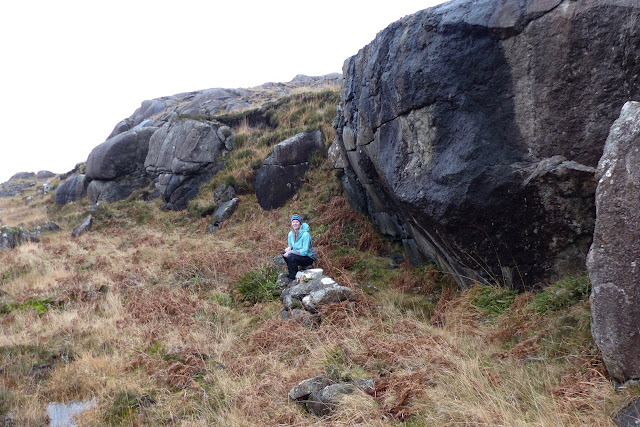 This morning we walked the old track which leads from Achnaha to Plocaig. A short distance after the stepping stones across the Sanna Burn, it passes what may have been an old shelter formed from an undercut rock and a low drystone wall. 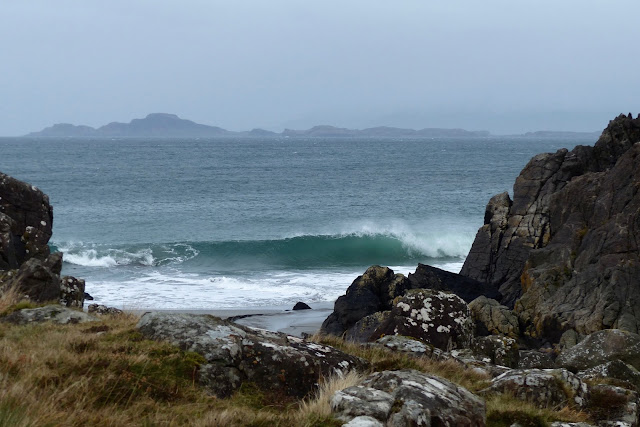 We were heading for the north coast, to a series of small bays each of which has a.... 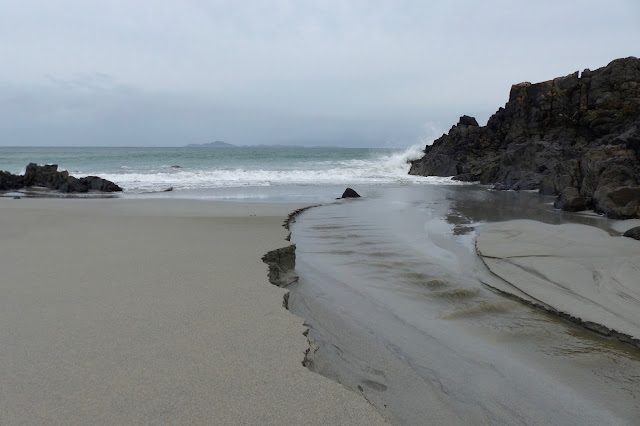 ....grey sand beach washed clean twice a day by the tide. It's a lonely place in summer; in winter, one wonders how many weeks pass without it seeing a human visitor. The only evidence of life on the beach today were the prints of itinerant sheep and the tracks of an otter. 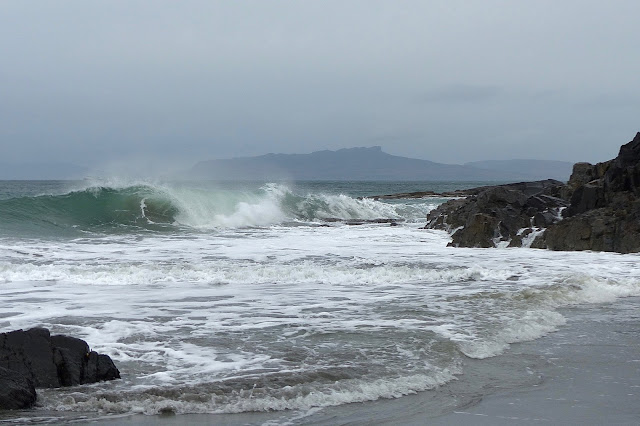 With a stiff southwester blowing, these beaches were in the lea of the land, yet a moderate surf was coming in, with the occasional spectacular wave smashing against the dark rocks. While some of us sat and watched the surf.... 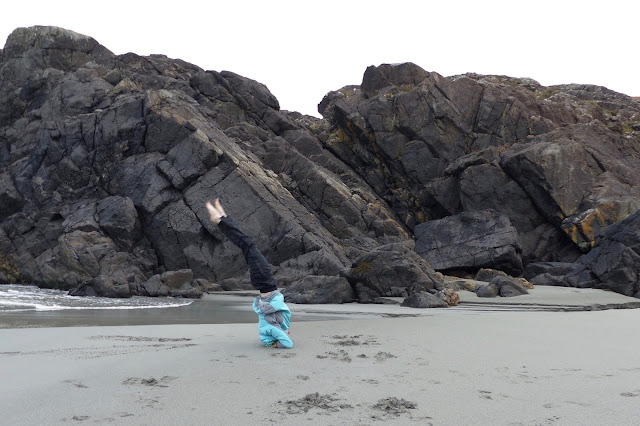 ....one was practising her head stands, without any great success - and sand doesn't necessarily make for a soft landing. 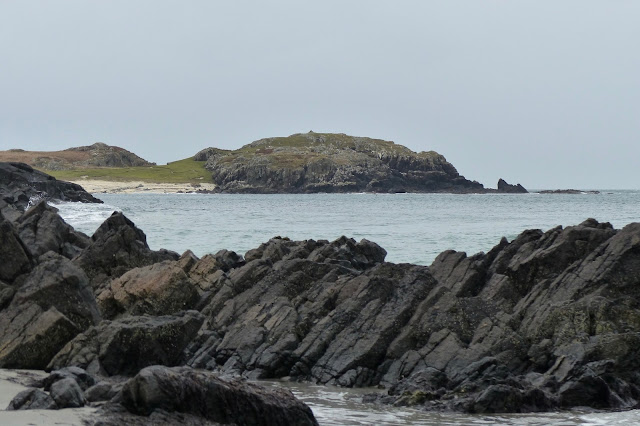 Leaving the beaches we worked our way west along the coast in the direction of the shelly beach by Rubha an Duin Bhain, stopping occasionally.... 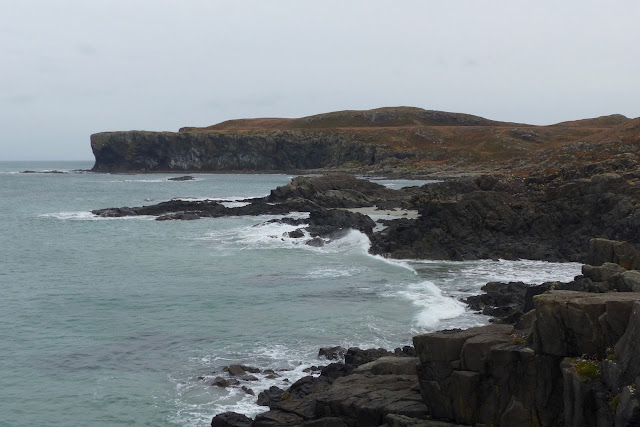 ....to look back along the beaches, increasingly lost under the rising tide. In the distance is the headland called the Cat's Face, Rubha Carrach on the map. 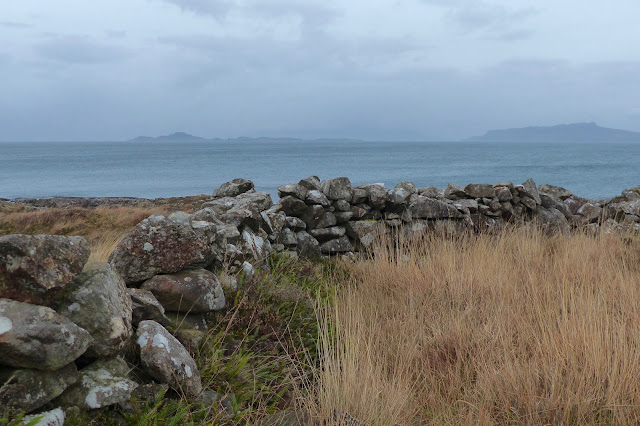 There are some drystone walls on the bleak, rough ground at the back of the cliffs, their purpose a bit difficult to understand as some, like this one, only run for a short, meandering distance before stopping without enclosing anything. Running about fifty metres back from the sea cliffs and parallel to the shore is this narrow, steep-sided glen which protects a couple of freshwater pools and a few, wind blown trees. It would seem to be the perfect habitat for an otter's holt but we couldn't find any sign of their presence. 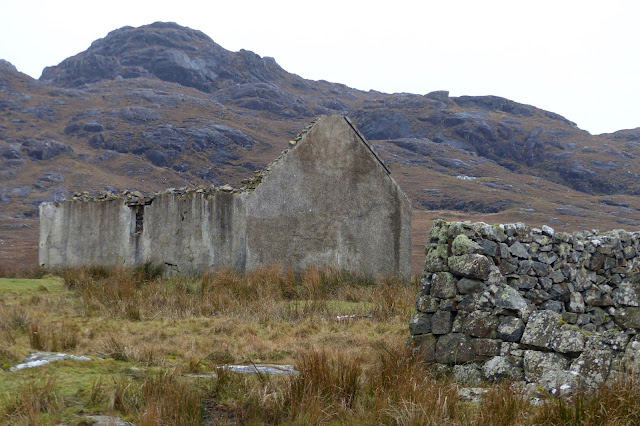 We visited Plocaig, a ruined village which seems to have been abandoned in the 1930s having been built in the 1860s. The Sanna burn runs between the township and the hill seen here, Meall Sanna, so we followed it upstream to return to Achnaha.
Posted by Jon at 15:11