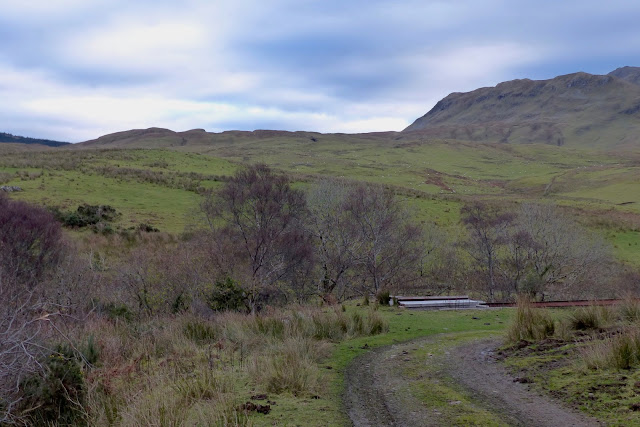 The old road from Kilchoan eastwards along the peninsula to 'civilisation' leaves the present road about a kilometre out of the village, where the new road turns sharp left by a pile of silage bales. The old road carries straight on, crosses the Allt Choiremhuilinn, and heads uphill to the left of Beinn na h-Urchrach, seen at top right. 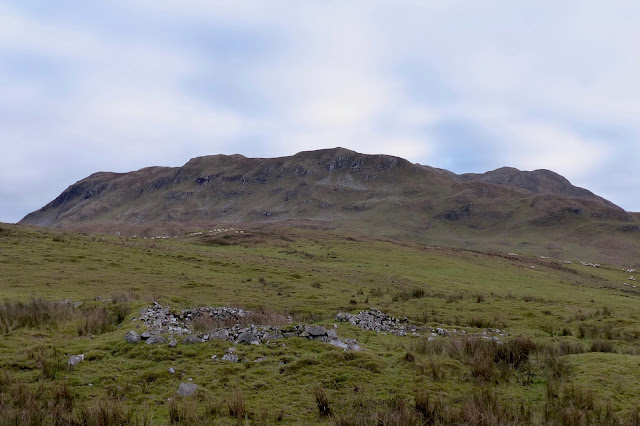 The track passes the ruins of the clachan of Skinnid, cleared in 1828 to make way for the Estate sheep farm. In 1737 this settlement was home to forty-six people in nine families. 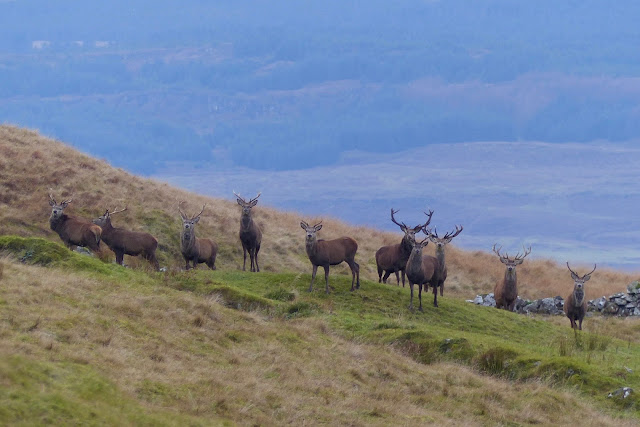 In the large, fenced fields which we passed through this morning there was a small herd of red deer stags, all very friendly towards each other now that the testosterone-fuelled rut is over but not very pleased to see humans disturbing their peace. While the stalkers are now after the hinds, the stags have had their share of culling in the last few months. 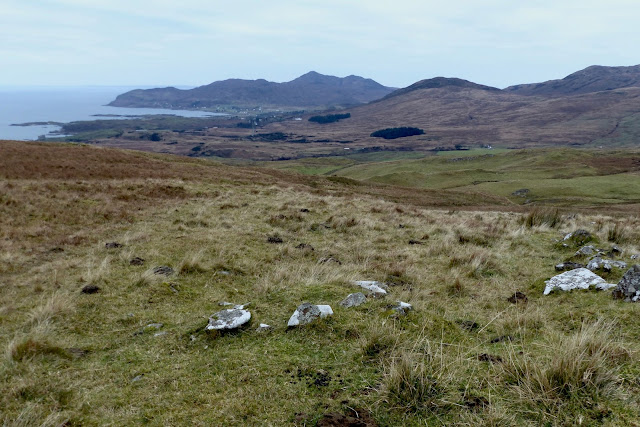 This picture looks back along the track towards Kilchoan. All the weather forecasts this morning had promised a bright, sunny day but it simply didn't happen. 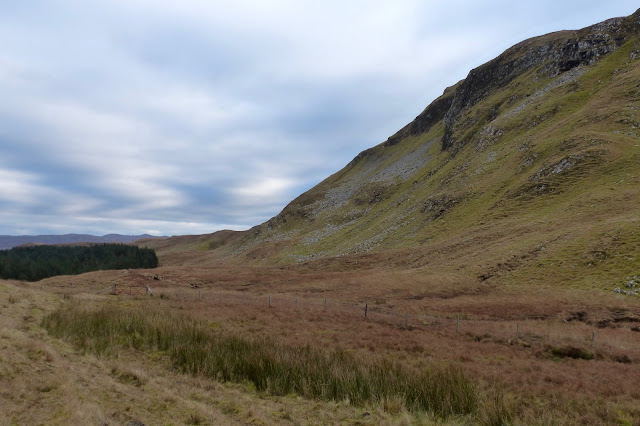 The track passes between the steep slopes of Beinn na h-Urchrach, right, and the Beinn nan Losgann forestry. For much of its distance it's very difficult to follow and, where it can be found, often rough, yet this was the route followed by the doctor in his car before the new road was built in the 1940s. 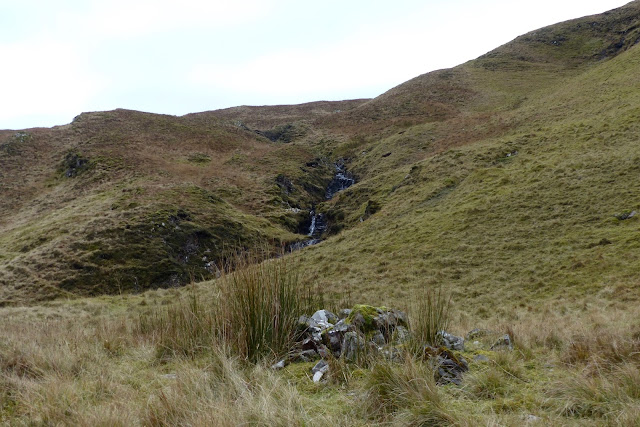 The old road rejoins the present road near the turn to the Beinn Bhuidhe wind turbine, at the top of the Basin. We didn't have time to walk that far, stopping at Carn Mhuchdragain (foreground), a cairn raised over the corpse of a Norse chieftain who was murdered, for very good reason, by one of his vassals,  Eoghan Cleireach. Since this occurred in about 1266, it is remarkable that the cairn is so well preserved. 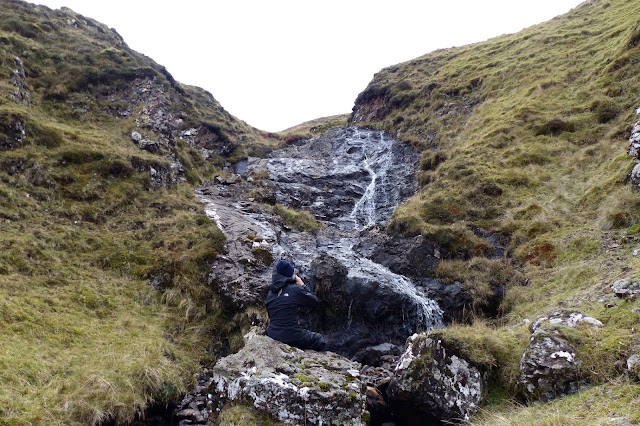 The gully up which Eoghan escaped, pursued by Mhuchdragain's men, is called Glac na Toiridh, the hollow of the race or pursuit, and it was here that we sat for coffee before turning back.
Posted by Jon at 15:40