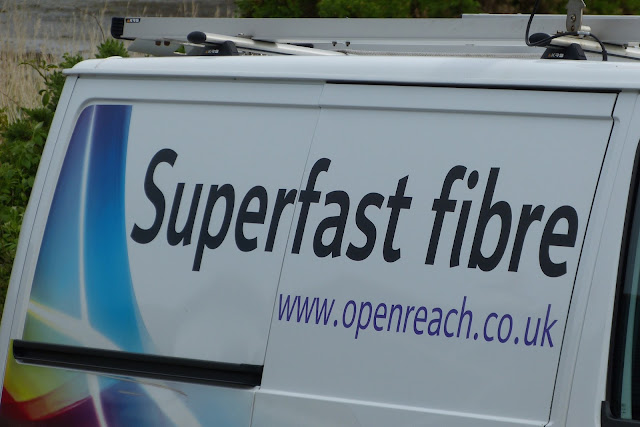 I feel bad every time I mention superfast broadband on this blog as I know that those who live in the middle of Ardnamurchan, along Ardnamurchan's north coast, and anywhere along the B8007 to the east of Kilchoan have pathetic speeds unless they've invested in satellite technology. However, for those fortunate few, less than 50% of the population, who live within a few kilometres of the Kilchoan exchange, increases in broadband speed are a heady prospect.

I am very grateful to Michael who, following the post on Wednesday, here, did some research and finally 'phoned Highlands and Island Enterprise, to be told by a very helpful person at HIE that, "It should be through by March, but could come through earlier."
Posted by Jon at 12:18