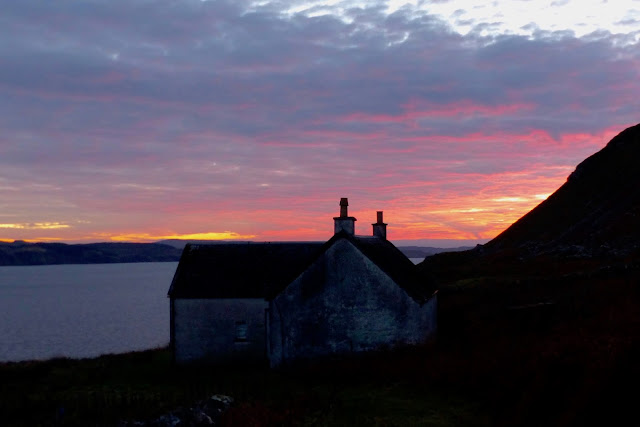 The short winter days do have compensations, not the least of them being that, occasionally, we have a sunset that's worth running up the road to capture.

For most of the year sunsets aren't visible from Ormsaigbeg because of the bulk of Druim na Gearr Leacainn behind us but, from the Twin's House at the end, for a few months, one can just see them. 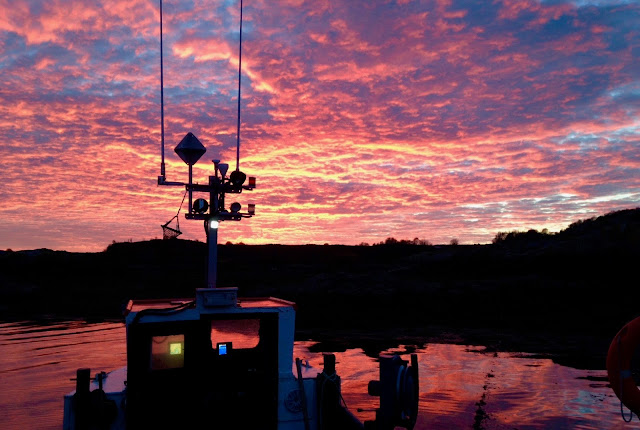 I suppose that one of the compensations of being a fisherman is that, out on the open water, there's much less to get in the way of spectacles like a magnificent sunset. This is last night's sunset as seen by Kilchoan Early Bird, to whom many thanks, and features the creel boat Harvester in the foreground. 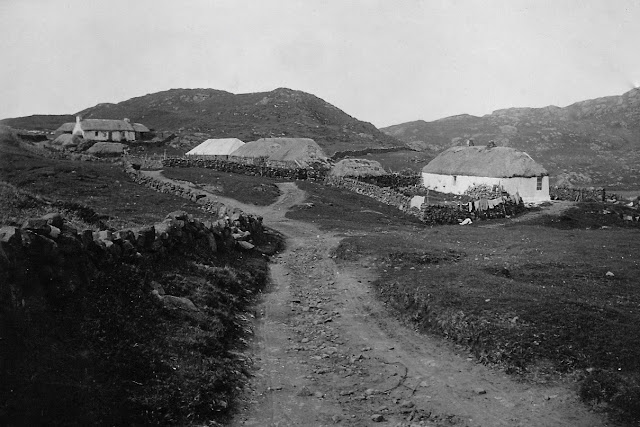 One of the pleasures of winter evenings is to spend them discovering more of the history of this place. Last night, the Ardnamurchan History & Heritage Association gathered together some of the long-time residents of this end of the peninsula and showed them a selection of the photographs we have been given. We had almost 120 to show - we actually got through just over half - the idea being to see how much information could be added to them.

This one had been tentatively identified as Ockle. It isn't - and some readers might like to take a guess as to where it is. What we still don't know is when it was taken. 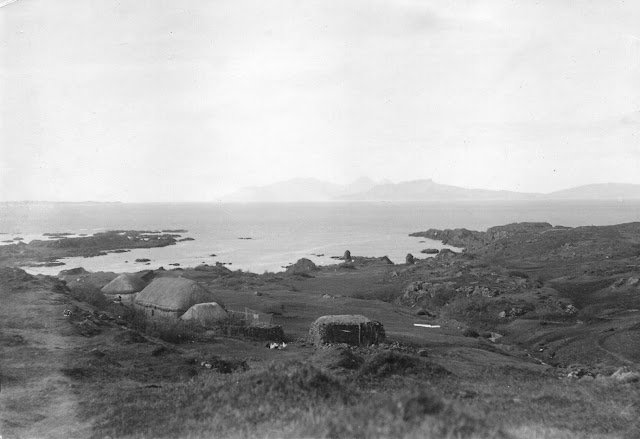 This is another view which was discussed, with people identifying the exact location and to whom the buildings belonged. It looks to be about the same age as the earlier picture, but a reasonably accurate date eluded us.

Many thanks indeed to Dorothy Parker for the two photographs, and to the people who gathered in the Learning Centre last night. We hope they enjoyed their evening.


If anyone has old photos, documents or other material relating to Ardnamurchan which they are happy to share, then I am keen to digitise them so they can be available on the website AHHA is currently building. Please contact me at kilchoandiary@btinternet.com
Posted by Jon at 16:39