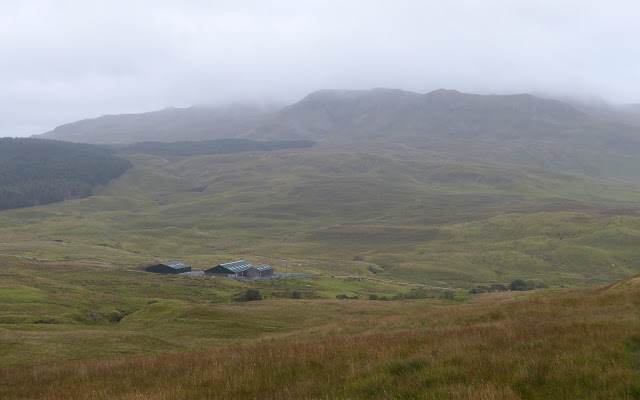 As soon as Rachael had finsihed at the shop this afternoon we set off for her third Nepal training walk, choosing a walk to the north of the cattle sheds at Caim despite the fact that the weather, while not raining hard, was about as cheerless as it could be.  But, as always happens once one is walking and climbing steadily into the hills, the weather really didn't matter and we set about enjoying the countryside. 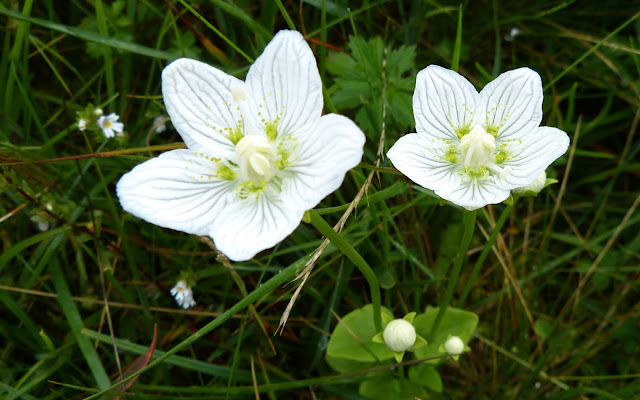 Although the year is seems to be moving towards winter far too fast, the wildflowers are still out in strength.  At this time of year, in the slightly boggy low areas, the grass of parnasssus is in glorious bloom, so it's perhaps the more surprising that.... 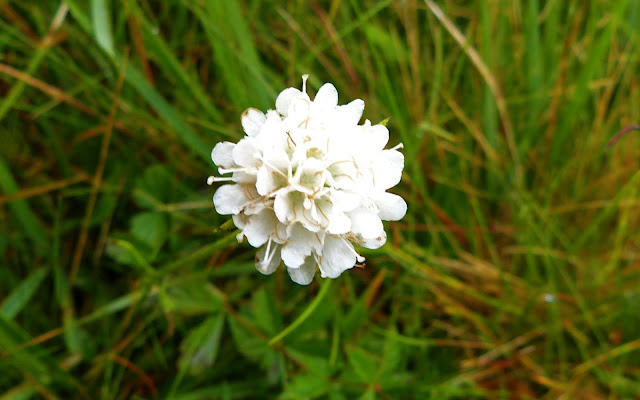 ....Mrs Diary spotted this, a white devil's-bit scabious, Succisa pratensis.  The West Highland Flora site states that this plant can be several shades of purple, or a pale pink, but it doesn't mention white.  A check with an internet search engine suggests the white variety is unusual - a nature reserve in Devon reported finding white flowers in 2004, here. 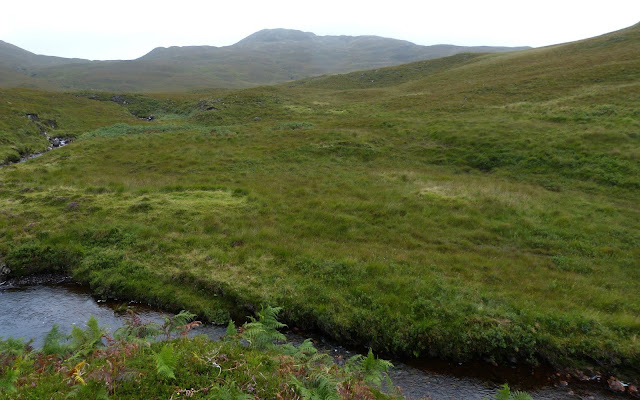 We walked north, following the course of a stream the Allt na MiChomdhail.  In a meander of the stream is the largest shieling village on West Ardnamurchan, with the remains of at least eight round huts visible - several of them in this picture are distinguished by the short, pale grass that now covers them. 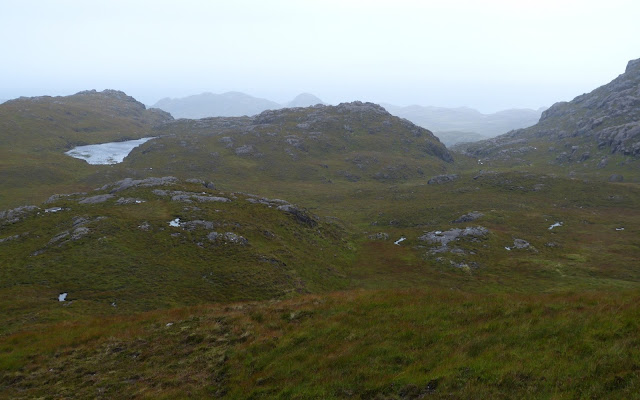 By the time we reached the watershed and looked across to the north coast of Ardnamurchan the weather was, if anything, a little more dismal, so we turned back and made our way home.  The lochan in this picture is Lochan na Cloiche.
Posted by Jon at 18:08