The Wildlife of the Beinn Bhuidhe Summit 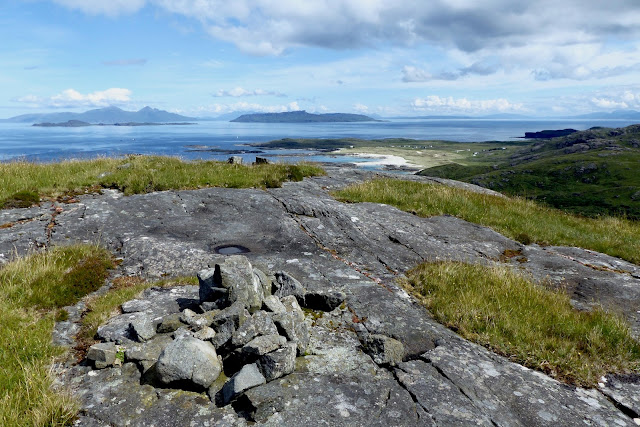 The summit of Beinn Bhuidhe, just to the south of Portuairk, may seem a rocky, exposed place but the variety of wildlife we found around it when we were there yesterday surprised us. 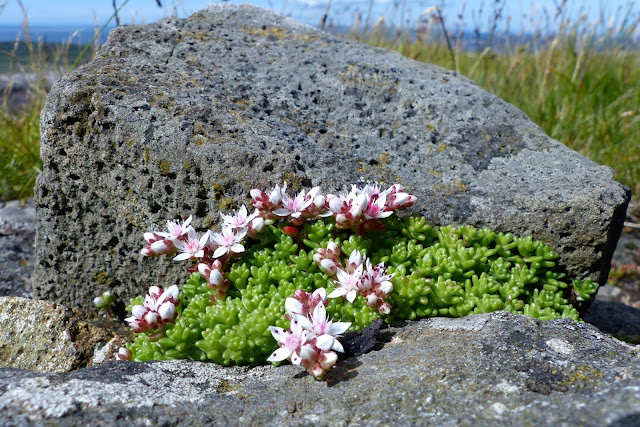 Stonecrop seizes every opportunity to grow in the cracks and crevices of the hard, gabbro rock of which the ben is formed, producing pretty pink blooms which are just coming into flower while.... 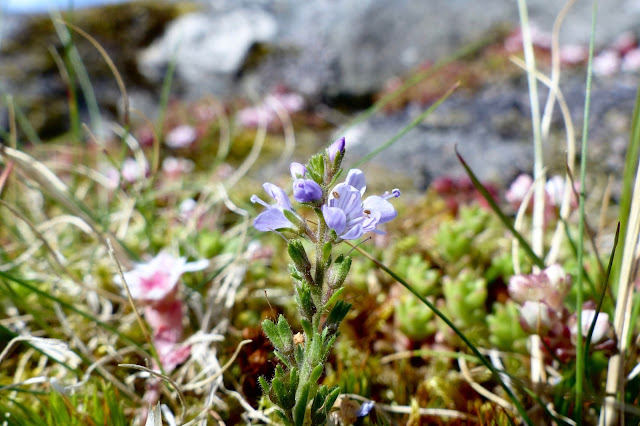 ....near it, in the slightly thicker soil, this delicate pale blue flower, perhaps heath speedwell, grew in some numbers. 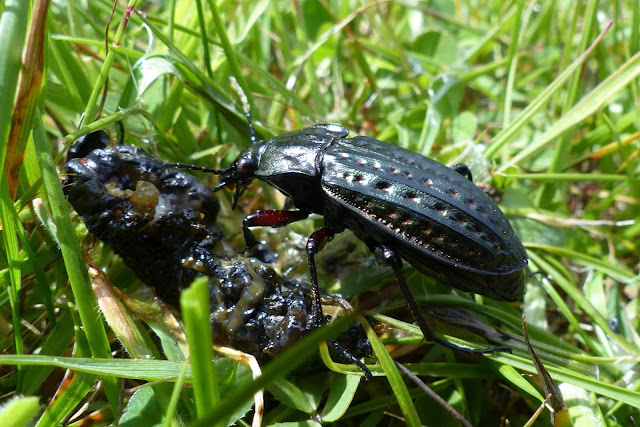 This beetle, Carabus granulatus, appeared to be eating the remains of another beetle of about the same size, perhaps even the same species. It's described as "widespread in much of Britain but never really common," and that it inhabits "wet fields, river margins, lake shores and light woodland," and, in America, "fields, prairies and forests" - but no-one mentioned the top of a Scottish ben. 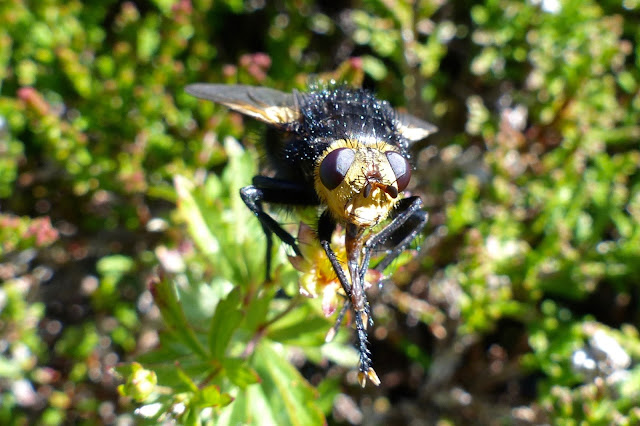 Several of these large flies were buzzing enthusiastically around near the summit but was friendly enough to allow a very close close-up. It looks like one of the Tachina species, perhaps Tachina grossa. 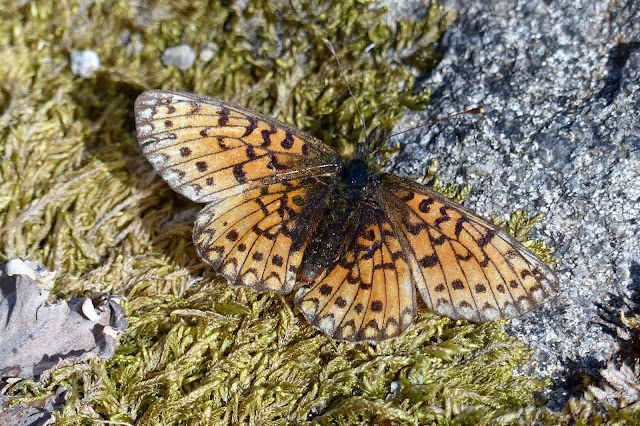 Even though it was quite breezy on the tops, we saw several butterflies, including small heaths, meadow browns, a blue, and this small pearl-bordered fritillary, looking a bit moth-eaten but sunning itself on a rock. 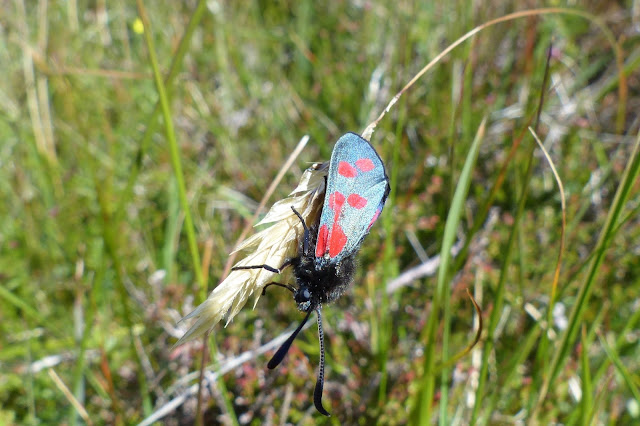 We also found the first six-spot burnett of the year, weighing down a stalk of grass. He seemed to enjoy being waved around in the wind.
Posted by Jon at 15:07