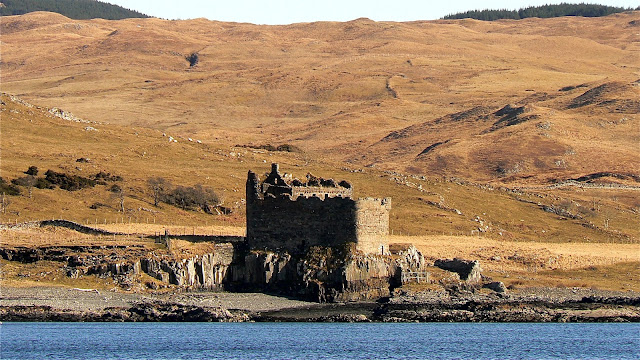 Mingary Castle stands by the sea a mile or so to the east of the village of Kilchoan - for its location, see map here. It is a castle with a long and rich history, the seat of the Clan MacIain, a sept of Clan MacDonald and once one of the most powerful clans along the western coast of Scotland.

The name Mingary, or Mingarry, may be the anglicised version of Mioghairidh, but the exact meaning of the word is cause for dispute. A possible translation is that it is derived from two Norse words, mikil, meaning great, and gardhr, a garth or house, so ‘great house’ – though the name has been translated by some to mean ‘great land between machair and moor’. 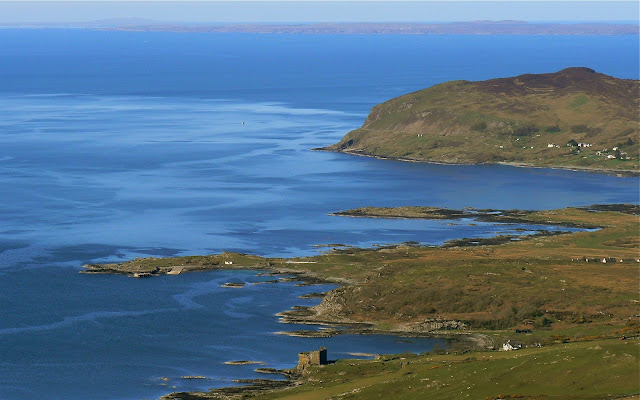 That its name has a Norse derivation suggests that the site was occupied in the time of the Vikings, if not before, and evolved into a mediaeval castle site, for it is not an ideal defensive position. It stands in a wide bay, between the headlands of Rubha Aird an Iasgaich (Point of the Fishing Height), in the lee of which is the Calmac pier, and, just out of view below the above picture, Rubh’ a’ Mhile (Point of the Mile).


The castle itself is sited on a promontory formed of an igneous sill (see picture below), with steep cliffs to south, west and east. A narrow neck of land connects it to the land to the north, which rises slowly, so the site is overlooked by hills. There is a better site: Rubha Aird an Iasgaich would have been far better, with the narrow isthmus connecting it to the land, or Glas Eilean, the next low headland in the picture, which is cut off at low tide and is very similar to the small island upon which Castle Tioram, north of Acharacle, was built. 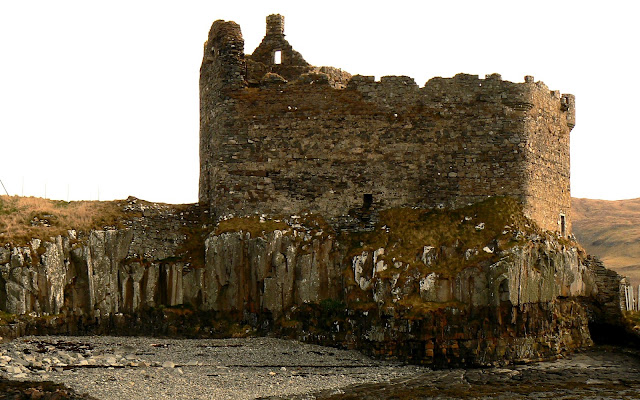 For some 300 years the castle was the seat of the chiefs of Clan MacIain, a sept of the MacDonalds, the Lords of the Isles. The castle's value lay in its site, which controls the northern entry to the Sound of Mull, thus enabling its holders to levy taxes on, or attack anyone passing up or down the Sound. 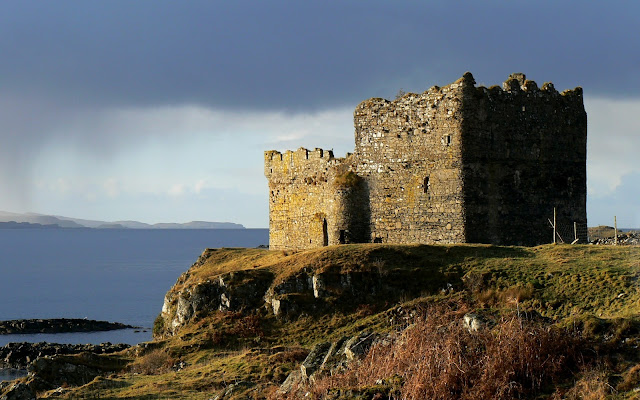 This photo shows Mingary from the east. The castle’s curtain walls, up to 14m high, form a hexagon. The longest and thickest wall is to the north, facing onto a neck of land which is cut by a defensive ditch 7.5m wide and 3m deep. There is a sea gate in the south wall, and a rock-cut stairway leads from the beach at the west to a land gate in the NW wall. The walls enclose a courtyard roughly 20m N-S and 18m E-W, within which rise three ranges of buildings. Sadly, the state of decay of this historic castle is such that its interior is inaccessible. 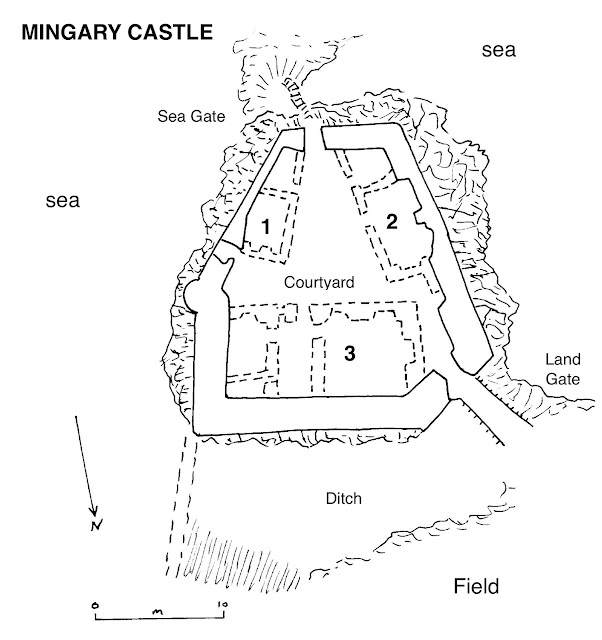 This plan of Mingary Castle, adapted from the drawings in the Royal Commission on the Ancient and Historical Monuments of Scotland, Vol 3, shows the main curtain walls, dating from the 13th century, and the three sets of buildings in the courtyard. The Southeast building, 1, housed two small rooms each were entered directly from the courtyard. It was probably single-storey. The West building, 2, consisted of a larger room which was probably the castle kitchen, while the smaller had a storage cellar beneath it. There was a room above them which is now ruined. The North building, 3, is the most substantial and best preserved, consisting of three storeys and an attic. It had an internal staircase with a room on each side. The top of this structure can be seen in the photo below, taken from the Cal Mac pier to the southwest of the castle. Also visible in the photo is the sea gate, to the right of the building.

The buildings are all relatively recent, dating from the 17th and 18th centuries.  If there was a Viking fort on the site of Mingary Castle all evidence is lost. The main sections of the present fortification’s curtain walls and the NW entrance doorway were built during the 13th century when Ardnamurchan lay in the lordship of the MacDougals of Lome.  Photographs of the interior of the castle and other information from the RCAHMS are here. 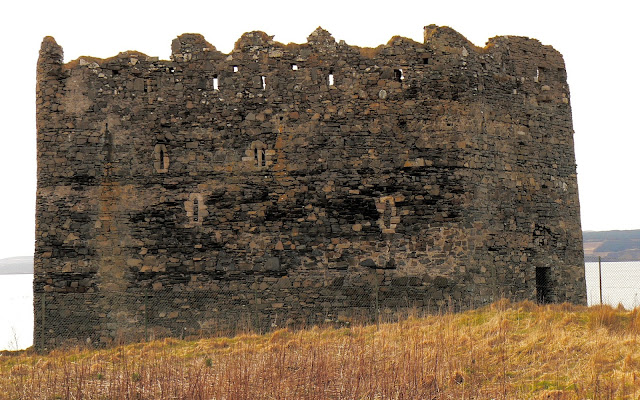 At the battle of Bannockburn in 1314, the MacDougals sided with the English against Robert the Bruce. Angus Og MacDonald, great-grandson of Somerled, the man who had first united Norse and Scot, supported the Bruce. As a reward, he received, amongst other lands, the territory of Ardnamurchan and the castle. However, he chartered it to his younger brother, Iain Sprangach (the Bold), the founder of the Clan MacIain of Ardnamurchan.

John MacDonald of Islay inherited the lands from Angus Og, but he sided with the English puppet John Balliol in the war against David II, the Bruce’s successor. When David returned from exile in 1341 to reclaim his crown, he confiscated some of John of Islay’s possessions, granting Ardnamurchan to Iain Sprangash’s son, Angus MacIain. For the next 300 years it was to remain in the hands of the MacIains. 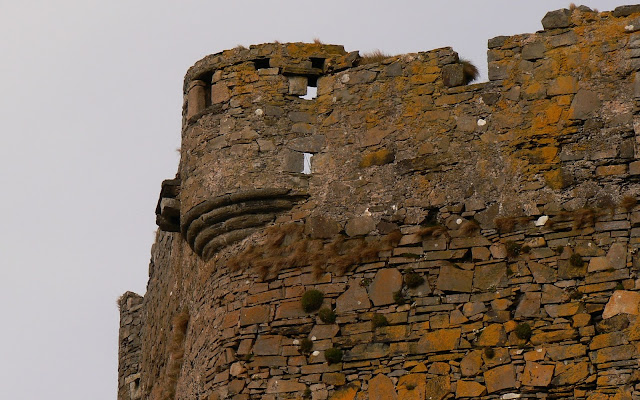 The first written record of the castle dates from the reign of James IV, when the King occupied it in 1493 following his destruction of the MacDonalds’ power as Lords of the Isles. The then Lord of the Isles, John MacDonald, forfeited his lands to the King and left to die in Inverness, but the MacIains, having sworn loyalty to the young King, kept Ardnamurchan. The King was back in 1495, when the MacIains assisted him in putting down a rebellion by Donald MacDonald of Lochalsh.

In the years that followed, the Ardnamurchan MacIains reached the peak of their influence, much of their power depending on Mingary Castle's control of the Sound of Mull.

Following the death of James IV at the battle of Flodden in 1513, the MacDonalds sought revenge on the MacIains. During the campaign they besieged Mingary in 1515 and again in 1517, when they managed to take the castle, after which they claimed to have destroyed it – though only superficial damage was done. 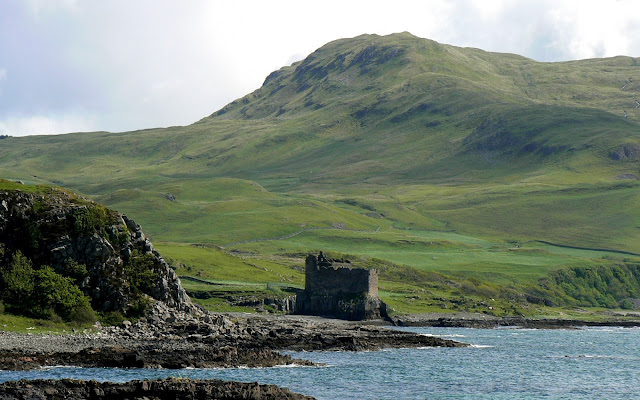 In the new order that followed under James V, a weakened Clan MacIain, now subject to the Earl of Argyll, a Campbell, returned to possession of the castle. They subsequently found themselves on the MacDonalds’ side in a prolonged dispute with the Macleans of Duart.  This came to a climax when the Macleans, assisted by marines from the Armada ship Florida which had sought shelter in Tobermory Bay, besieged the castle. Helped by Clanranald MacDonalds, the MacIains drove the Macleans off.

The MacIains, however, were not to hold Mingary for much longer. By the beginning of the 17th century they were in open rebellion against their Campbell overlords, a fight they could not hope to win as the Earl of Argyll had the Privy Council on his side. In 1612 the MacIains were forcibly evicted from the castle, and in 1629 Donald Campbell received a royal charter to all the lands of Ardnamurchan.

In 1644 the castle was besieged and, after a violent assault, taken by Alasdair MacDonald for the Royalists, but he lost it again to the Covenanter General David Leslie three years later. A wreck in the bay in front of the castle was investigated by the Time Team programme, which dated it to 1644 and possibly identified as a Dutch ship fighting on the side of the Parliamentarians. 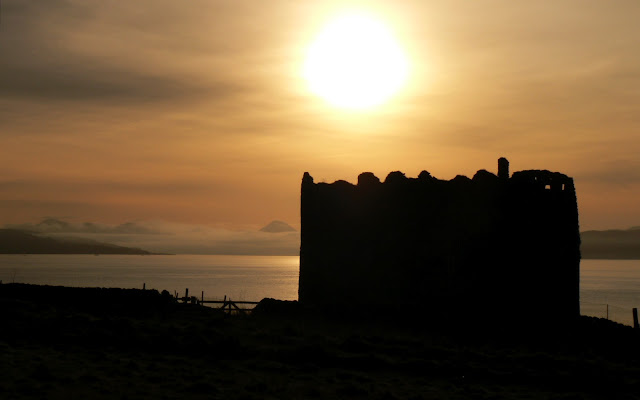 The castle later returned to the Campbells. In 1696 Archibald Campbell, 10th Earl of Argyll, granted the lands to Alexander Campbell. In 1723 the estate was sold to Sir David Murray, but it seems to have been back in Campbell hands by the time Bonnie Prince Charlie landed in Moidart in August 1745, when the castle was reinforced by Hanoverian troops.

Around 1770 the estate was bought by James Riddell, the first Baronet of Ardnamurchan, whose family had made their money as merchants in Edinburgh, and it remained with the Riddell family until 1848, though the last time the castle was inhabited was 1838, after which it fell into decay.

The castle, now in a dangerous condition, stands on Ardnamurchan Estate lands. While the cost of repairs that would make it accessible to the general public promises to be huge, Donald Houston of Ardnamurchan Estate is beginning work on it which will ensure the future of this building of national importance.