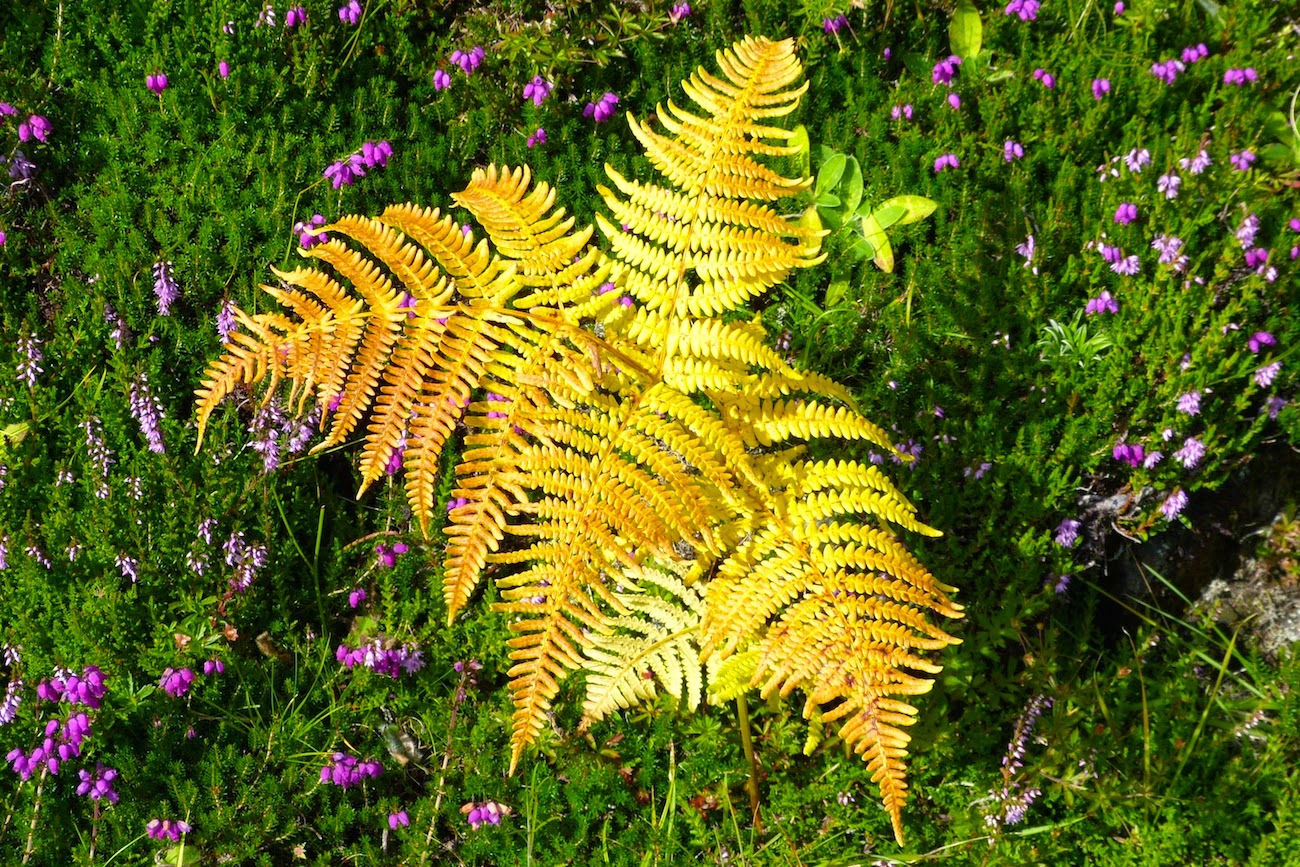 The meadow is beginning to show signs of autumn.  Where the bracken has started to encroach onto the thinner soil round its edges, the plants haven't done well and are dying early, their leaves often turning into rich shades as they fade. 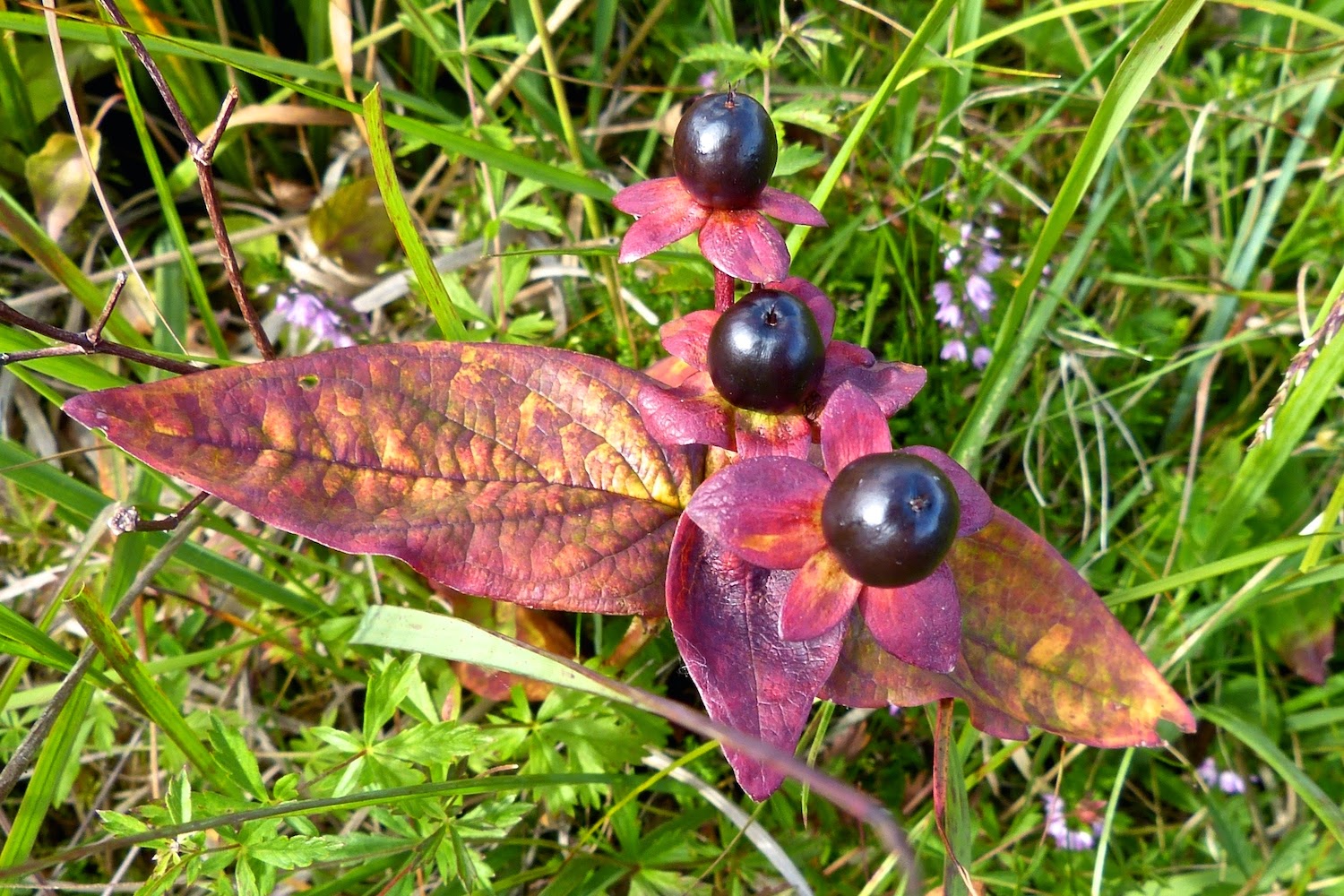 Another, deeper shade is provided by this plant, which an internet search says is Hypericum androsaemum, commonly called tutsan, a name that's new to me. The big berries are interesting because it was these that the female blackcap was eating when we saw her in the garden the other day. 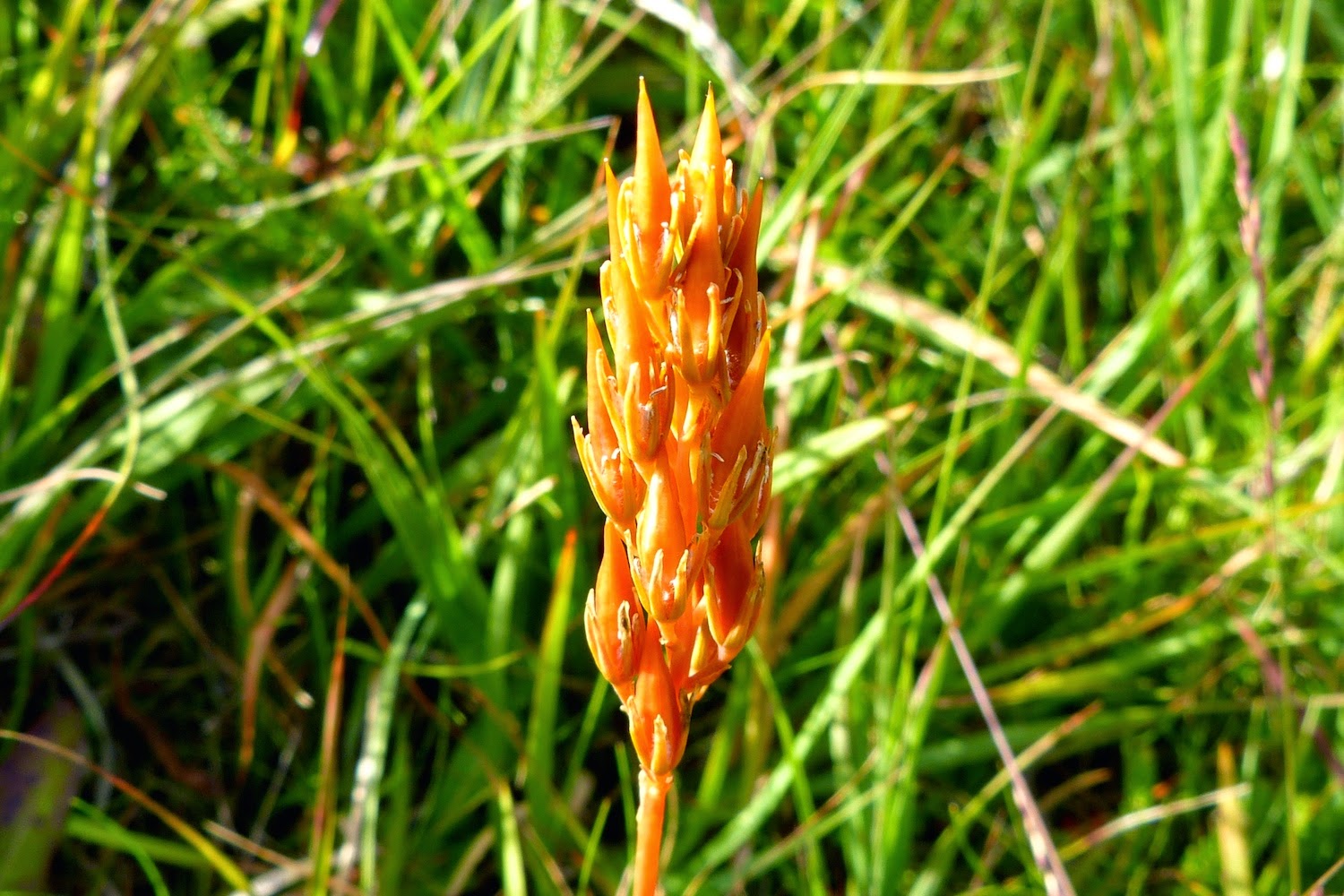 Bog asphodel is a pretty flower, if disliked by the crofters for the effect it can have on their sheep, but this year its seed heads are providing another splash of late colour. 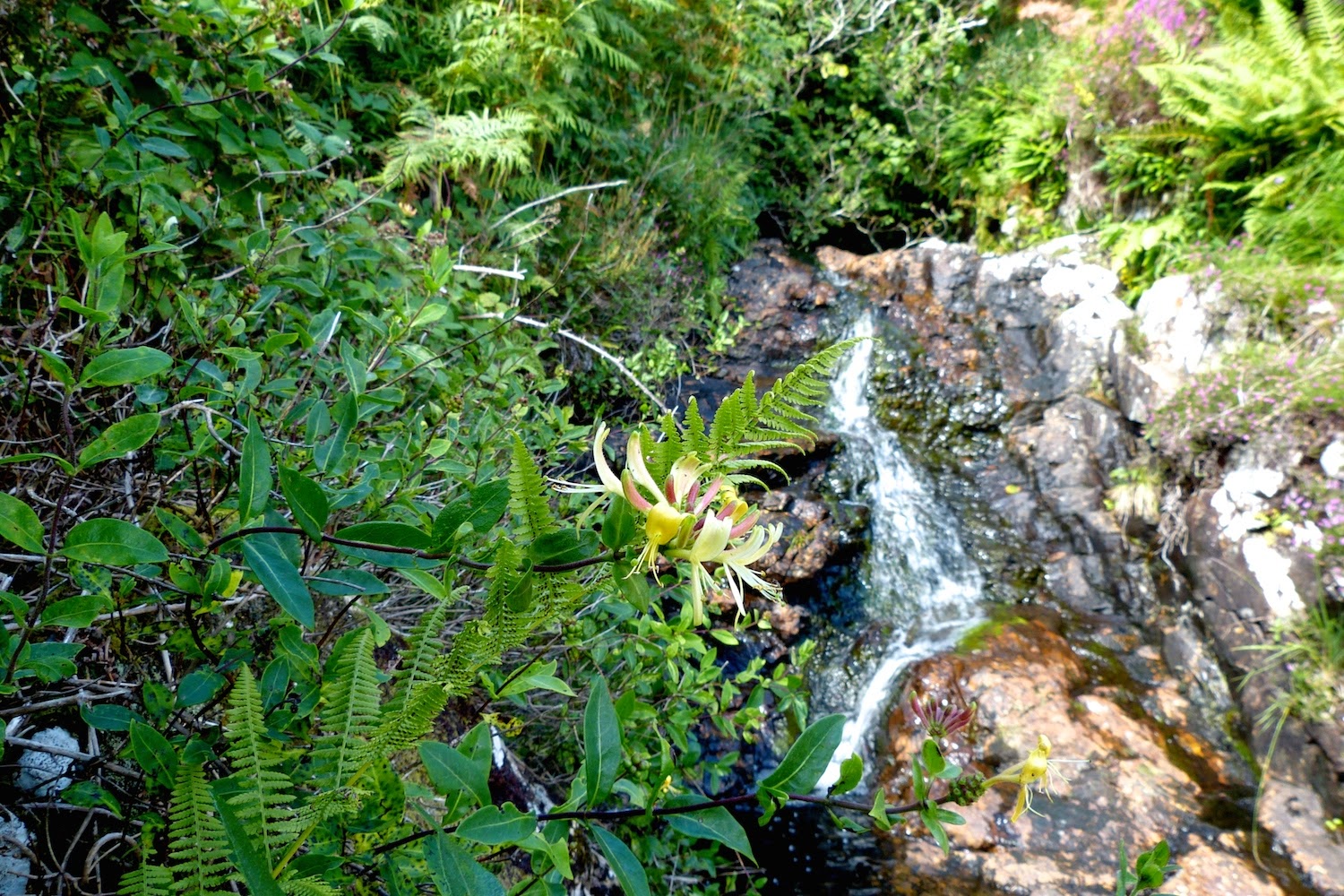 The meadow is divided in two by a small burn that forms waterfalls over the scarps of dolerite that run parallel to the contours.  A honeysuckle grows above one of the plunge pools and blooms each year, but these are the last of this year's flowers. 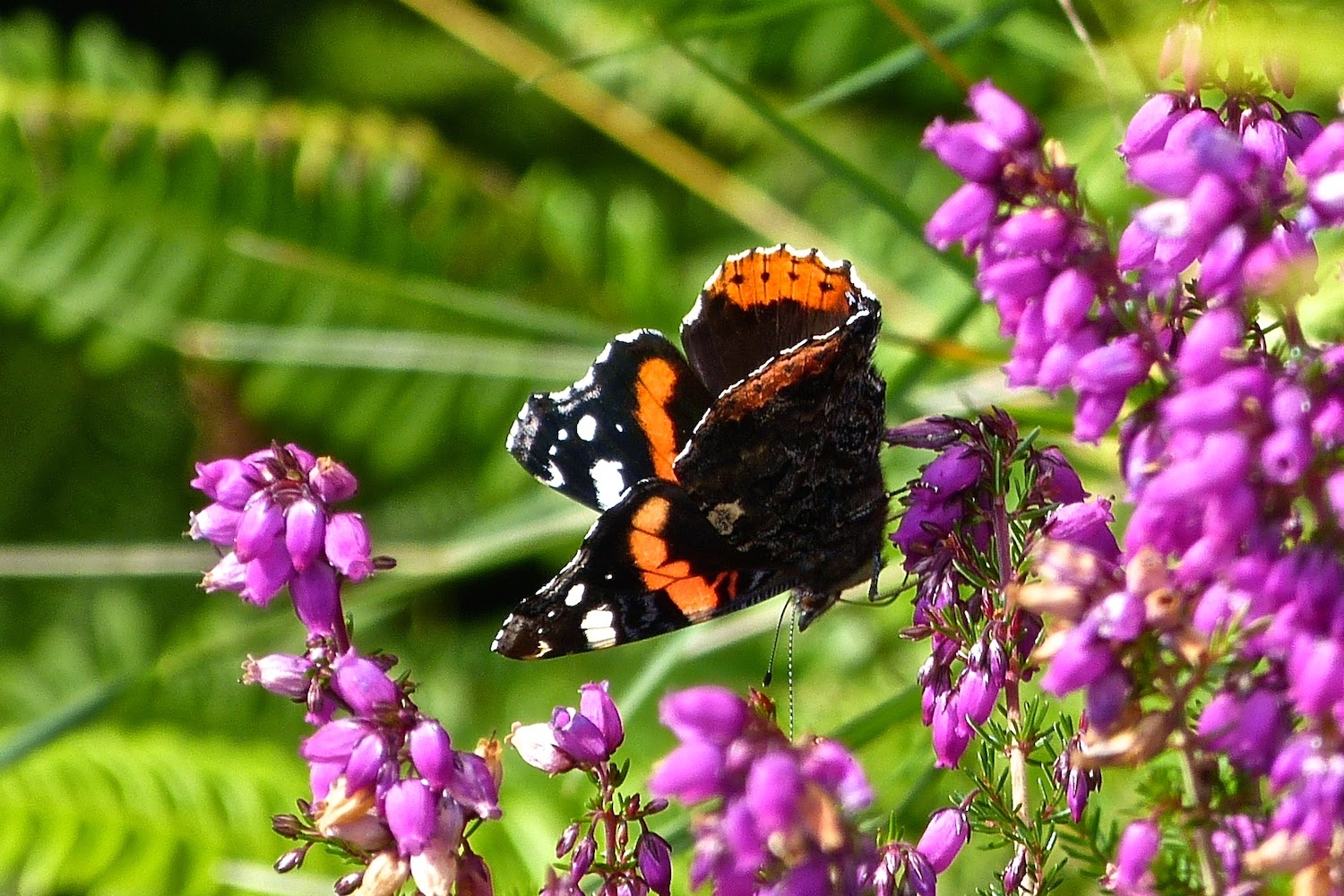 On a steep slope above the same waterfall the mass of bell heather flowers attracted a red admiral.  While this butterfly isn't common around here, and is most often spotted when it settles on the buddleia in our garden, this is the only one we've seen so far this year. 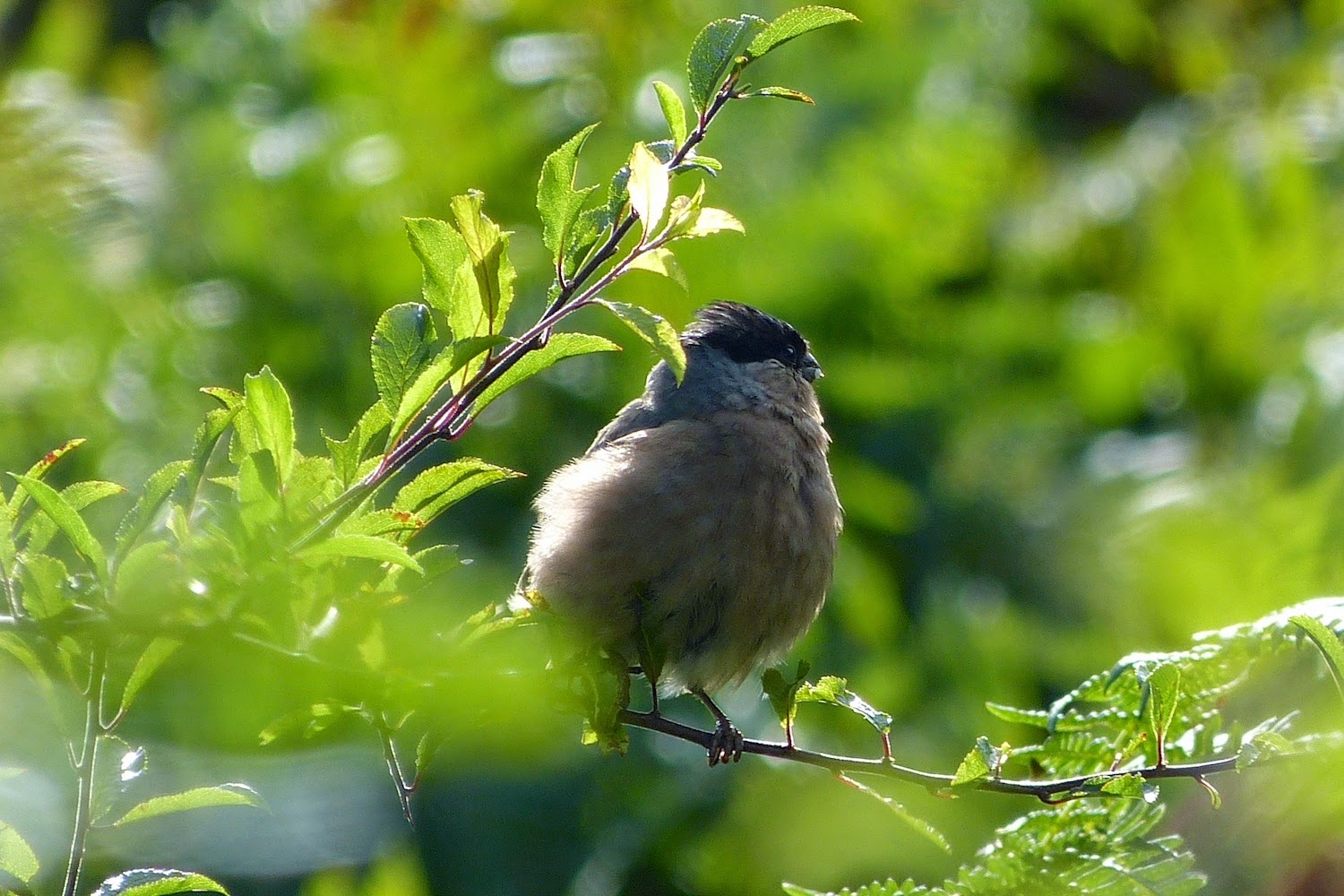 The pair of bullfinches seem to have settled down very well into their new home in Ormsaigbeg.  We saw the male in our vegetable garden again the other day, and the female sat very patiently on a branch on the edge of the meadow while she had her picture taken.
Posted by Jon at 16:48