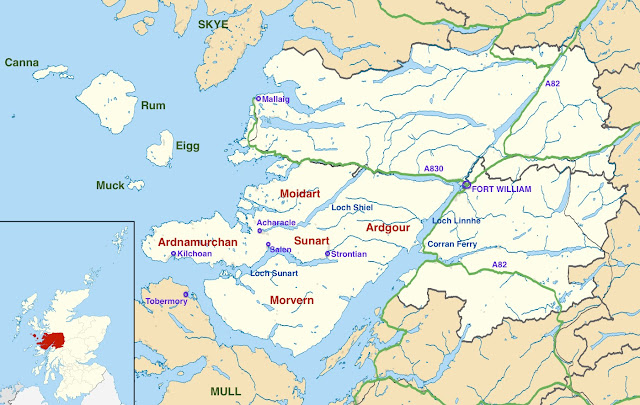 The Ardnamurchan peninsula sticks out into the Atlantic to the west of Fort William in Highland Scotland. It is most easily accessed by turning off the A82 trunk road and boarding the Corran Ferry, which takes four minutes to cross Loch Linnhe but makes approaching Ardnamurchan seem like crossing to an island. The journey from Corran to Kilchoan, much of it along single-track roads, takes about an hour and a half.

The Highland region of Ardnamurchan includes Sunart, Moidart and Morvern, but Ardnamurchan originally described the peninsula to the west of Acharacle and Salen. 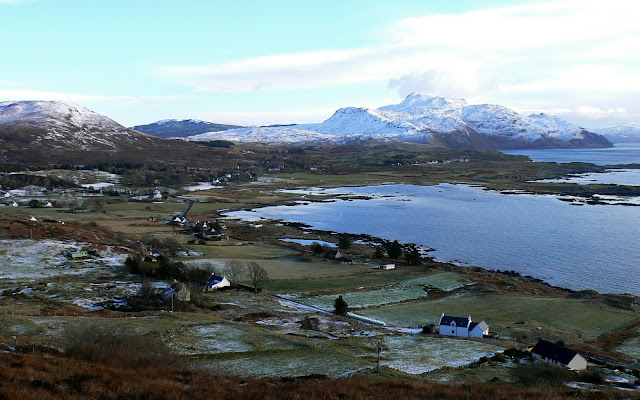 Even the name Kilchoan can be confusing.  We live in the crofting township of Ormsaigbeg which, with the crofting townships of Ormsaigmore and Kilchoan, make up the geographical village of Kilchoan.  Taken as a whole, Kilchoan is the largest settlement on West Ardnamurchan, boasting a church, a primary school, a pub/hotel, a shop, a community centre which includes a medical facility and a tourist information desk, a Learning Centre, a fire station, a coastguard station and a telephone exchange.  By comparison, the other villages of West Ardnamurchan are small, the smallest having a resident population of one.

Some 300 people make up the permanent population of West Ardnamurchan, but this number increases hugely in summer as our visitors arrive.  A few have a holiday homes; more often, houses and caravans provide accommodation for weekly rentals. There are also hotels, camp sites, and caravan and motorhome parks. 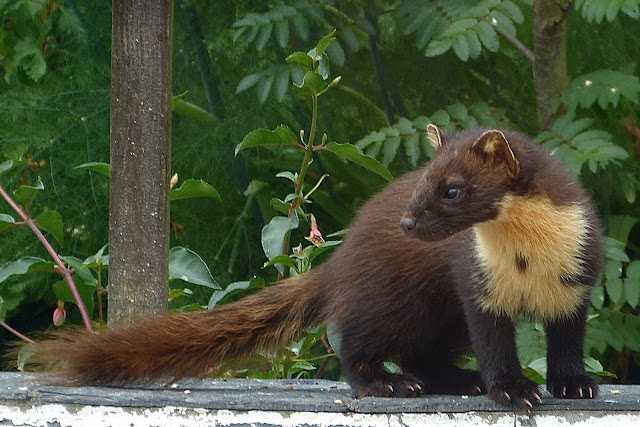 Ardnamurchan is a stunningly beautiful location which is renowned for its empty spaces, white sand beaches and abundant wildlife. This includes pine martens (the one above was photographed on our front terrace), badgers, foxes, red, roe, fallow and muntjac deer, sea and golden eagles, peregrines and buzzards, while the Sound of Mull has cetaceans including dolphins and minke whales, seals, otters and basking sharks. The peninsula is also one of the last refuges of the Scottish wildcat. 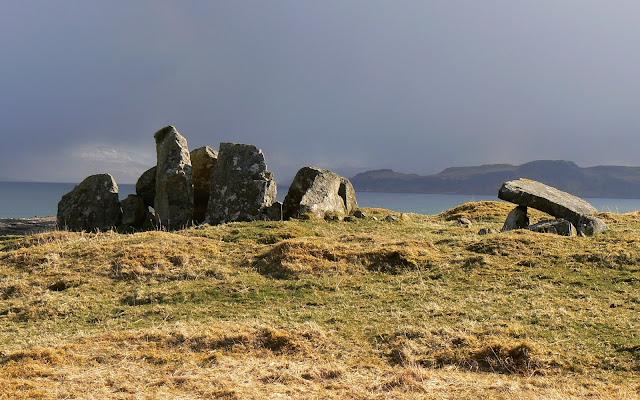 The area is steeped in history, with evidence of settlement going back some 6,000 years. Ardnamurchan is, by past standards, severely depopulated, having suffered in the clearances that resulted in a large proportion of its people leaving, either to move south to the central belt or overseas, to Canada, the United States, Australia or New Zealand.  Neolithic structures like Greadal Fhinn (above) and abandoned villages are some of the fascinating features of the countryside.

Those indigenous people who remained on the land have, for some two hundred years, won a hard living by following an agricultural system called crofting, describe don the Heritage Ardnamurchan website here. 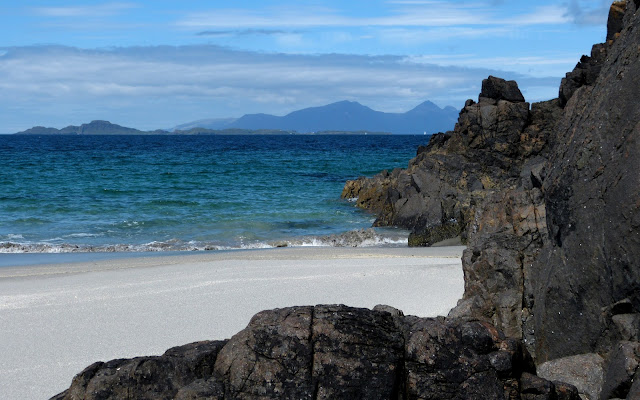 As West Ardnamurchan has few fences, it is possible to roam far and wide across its wilderness of mountains and moorland.  Miles of rugged coastline hide wonderful, white-sand beaches, the most famous of which are at Sanna, at the western end of the peninsula. However, there are many small, secret beaches to be found, like the one in the picture which has views northwards to Skye, Rum, Eigg and Muck, where a day can be spent without seeing another human. 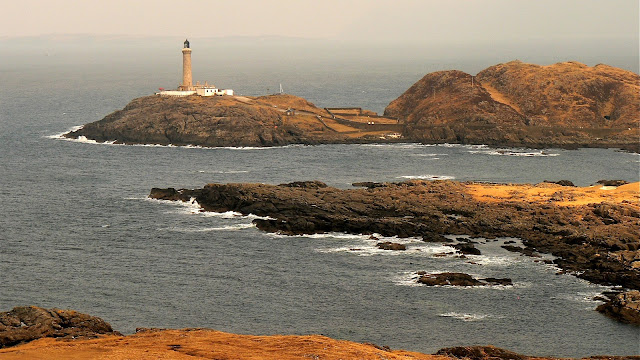 The most westerly point of mainland Britain is at Ardnamurchan Point lighthouse.  There is a Visitors Centre, exhibition, cafe and shop, and tours up the lighthouse tower with views across the Minches to the Outer Hebrides.  This is a good place for spotting ocean life.